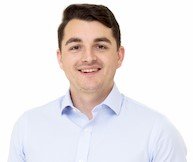 Daniel Fitzsimmons is an experienced Chartered Legal Executive. Here he gives some insight to his newly qualified colleagues.

This week my colleague Kemmi Alfa qualified as a Chartered Legal Executive. She is now a Fellow of the Chartered Institute of Legal Executives. This gives her considerable rights and responsibilities, which you can read about here.

1 The work doesn’t stop when you qualify

I am a civil litigator and specialise in the niche area of actions against the police. My work involves many overlapping areas, including tort, human rights, European law etc. It is ever-changing. I spend a lot of time keeping up-to-date with the law, discussing it with colleagues, and sharing our collective knowledge. You never stop learning in this job. Lawyers must have an unquenchable thirst for the law to represent clients effectively. I spend a lot of time outside work hours reading and thinking about what I have learned or experienced in the office. This helps me progress cases, even when I am not at work. Some of my best “a-ha” moments come to me while training for half-marathons. In this uninterrupted time I digest new information and apply it to my cases.

2 Get used to public attacks

The first thing we do, let’s kill all the lawyers.

Successive governments have attacked lawyers, especially those working in civil law. Politicians talk of the non-existent “compensation culture” to sway public opinion. I have never seen a lawyer chase an ambulance, but that’s what we’re falsely accused of doing.

Lawmakers use “ambulance chasers”, “fat cats”, and other epithets to convince the public that we are the bad guys. Other qualified professionals don’t deal with these childish attacks. So, why are we singled out? It’s because demeaning lawyers gives politicians cover in the media. This allows them to cut legal aid, erode civil liberties, and introduce drastic changes to the civil compensation system. Politicians’ wealthy donors and insurers have profited by their actions. The public has not.

Shakespeare wrote his famous line in 1591. More than 400 years’ later we’re still here. Why? Because we’re needed. Brush off the brickbats. Instead:

3 Embrace your role as protector

Like every job, there are good days and bad days. But the law isn’t any job. It is a calling. A vocation. The CILEx oath says:

I promise to discharge diligently my duties and responsibilities as a Chartered Legal Executive. I will protect my independence as a lawyer, uphold the Rule of Law, and act at all times with integrity. I will justify the confidence and trust that is placed in me by my clients, the courts, the public and by my profession.

There’s a lot to unpack here. A key aspect is how Chartered Legal Executives protect and uphold “the Rule of Law”.

The Rule of Law is an ancient principle, attributed to Aristotle. It is defined by the Oxford English Dictionary as

“The authority and influence of law in society, especially when viewed as a constraint on individual and institutional behaviour; (hence) the principle whereby all members of a society (including those in government) are considered equally subject to publicly disclosed legal codes and processes.”

In effect, the Rule means that no one is above the law. This includes representatives of the State such as lawmakers, the judiciary, and police.

To me, and many legal executives, upholding the Rule of Law means protecting citizen’s rights. In my work, this duty can involve:

As mentioned in 2. above, politicians will not protect us when they have competing interests. (Ironically, many are lawyers, who have also sworn to protect the Rule of Law. I know the Rule means different things to different people, but the mental contortions involved for some of them must be exhausting.)

And often, in the experience of many of my clients, the police will not protect them. Police are an arm of the State, and subject to the same Rule of Law as the rest of us.

But they are different to you and me in one crucial way. Police officers are aggressively protected by their own union, the Police Federation. The Federation runs PR campaigns to get new “kit”, such as potentially deadly spit hoods, to #protecttheprotectors. When dealing with police complaints, the union pressures Professional Standards Departments and the Independent Office of Police Conduct. It lobbies government to change the law to benefit police officers.

The public has no such protectors other than lawyers.

This imbalance means that, as many of my firm’s clients know, some in the police abuse their rights with impunity. For example, my client Paul Rogers was wrongfully arrested by Merseyside Police. The police searched his home and unlawfully detained Mr Rogers despite credible information that they had arrested the wrong person. Officers took Paul’s biometric data, photo, and fingerprints for their records. They only released Mr Rogers when they realised their mistake, nearly 12 ½ hours later.

Despite this, the police offered no apology or compensation for Paul’s harrowing ordeal. He instructed Donoghue Solicitors to sue Merseyside Police. We acted on a “no win no fee” basis. With my help Paul got £5,000 compensation and his biometric and other data destroyed.

Paul protected his rights with his lawyer’s help. Together, we also showed Merseyside Police that this misconduct would not go unpunished.

No one can say precisely how long a case will take at the outset. Lawyers guesstimate based on their experience. But that’s all. We don’t know

Legal cases, like people, come in all shapes and sizes. This means that when you take on a new case, you should be prepared for the long haul. Legal executives are people like everyone else. We work best with clients we know, like, and trust. That makes the matter of taking on a new client a personal as well as professional one.

For example, I recently settled a long-running case for my clients Steve and Sharon Rogers (names given with their kind permission). We got on well from the beginning. They were perfect clients:

I believed in them and their case. I was prepared to run their case to trial, risking thousands of my firm’s costs because we acted on a no win no fee basis. But it didn’t come to that and we settled out of court. Still, their case took years, and we spent many hours working on it. Without our relationship, a case which was a pleasure to work on would have been a hard slog. The feeling was mutual. This is what they said on Facebook:

We can’t thank Daniel Fitzsimmons enough. Thank you for being by our sides and sticking with our case for over 4 and a half years. You’ve been there for us whenever we have needed you. Words cannot explain how happy we are with the result. A 5* solicitors from beginning to end. We are eternally grateful. Steve and Sharon Rogers

5 The work is the reward

My comments above may make the choice to make a career as a Chartered Legal Executive a strange one. There will be long nights, stress, and critical public attacks in the media. But there is also a deep sense of satisfaction which can come only from practising law.

For example, this week I settled a case for a client who had been falsely imprisoned by the police. They had executed an IP address search looking for a child pornographer. The police wrongly identified my client and arrested him at work. They accused him of extremely serious and damaging criminal offences. Officers raided his home, terrifying his partner. The police detained my client in a cell for over four hours before admitting their error. He suffered anxiety and an adjustment disorder, as well as damage to his reputation.

With my help my client sued the police. Together we got him

In short: justice– a reward for my client, me, and the wider public. 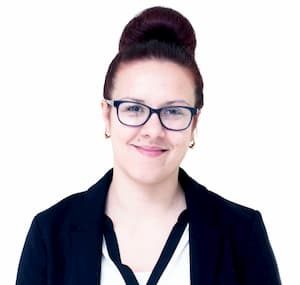 Kemmi Alfa is a Chartered Legal Executive at Donoghue Solicitors.

Learning to be a Chartered Legal Executive

I am sure that my colleague Kemmi Alfa will make an excellent Chartered Legal Executive. We are all very proud of her. But, as I hope I have made clear, qualifying is just the beginning. In legal practice, the learning never ends.

Daniel Fitzsimmons is a Chartered Legal Executive at Donoghue Solicitors. Contact him here.