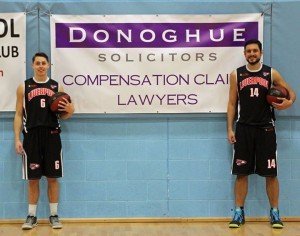 We are committed to helping people in Liverpool and beyond with their compensation claims, including actions against the police, accident claims, and professional negligence claims.

We fight for the rights of claimants, never insurers, representing people on a “no win no fee” basis where appropriate. Read more about us and the work we do by clicking on the link, or call us on 0151 236 1336 for help and advice.

Where possible, we help the people in our community in other ways too.

By sponsoring Liverpool Basketball Club we are able to support our local Club with its aim of promoting “the sport of basketball at all levels for people resident in Liverpool and other areas of Merseyside regardless of age, sex, physical ability, race or colour.” 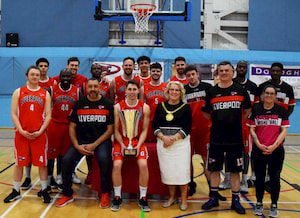 Liverpool Basketball Club has been part of the local sports scene for over 50 years. It was first established at Liverpool YMCA in the 1969/70 season as an U18 team called “Atac”. Since then the Club has competed in National competitions for over 30 years.

Following a fantastic unbeaten season in 2018/19 the club’s Senior Men’s Team will compete in Basketball England National League One. In addition, for this 50th Anniversary Season they will have a further men’s team in Division Three North, and junior teams at Under 12, Under 14, Under and Under 18. An exciting development for the club this year is the introduction of an Under 16 Girls Team in National League and a Liverpool Women’s team that will be playing in the Manchester Basketball League this year with a view to joining National League in 2020/21. 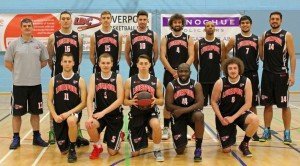 Running Liverpool Basketball Club takes money as well as the dedication and commitment of the team and coaches. Sponsors like Donoghue Solicitors are essential for the Club’s continued growth. We are proud to do our part.

Look out for our banners which will be proudly displayed at the Club’s home games.

The Club plays their home games at Archbishop Beck school, a renowned sports college in North Liverpool and Centre of Excellence for Sport.

Archbishop Beck’s motto is “Only the best will do”. We agree and wish Liverpool Basketball Club continued success. 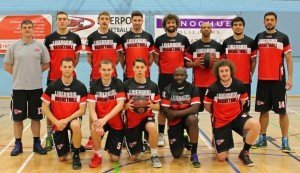