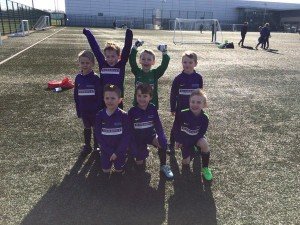 Donoghue Solicitors is proudly giving back to Springwell Park school in Bootle with a recent donation of football kits.

Donoghue Solicitors was based in St. Hugh’s House, Stanley Road, Bootle, until November 2015, when we moved to larger premises just three miles south in Liverpool.

Despite the move our connection with Bootle and it’s community remains strong. Bootle’s Brunswick Youth and Community Centre is our adopted charity, and we support many other local causes, such as the Activity for All Centre on Southport Road.

Our Solicitor Director, Kevin Donoghue, lives nearby and both his sons attend Springwell Park. As he explains,

“In October last year me and my wife Steph went to watch our oldest, William, play football in a school tournament.

We were disappointed to see that, unlike other schools, Springwell Park’s team did not have proper kits.” 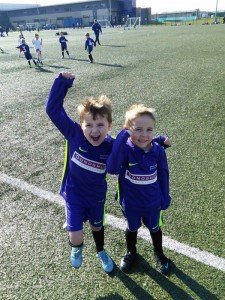 Kevin approached Liam Blakeman, the school sports coach, and offered to supply custom-made Nike football kits which are identical to those worn by professional footballers world-wide. Unsurprisingly, he agreed!

The Year 1 team got the chance to show off their new kits in a tournament at Everton FC’s Academy, Finch Farm.

The boys were invited to play at the Academy after winning the South Sefton region’s qualifying tournament.

As you can see from this tweet from one of the school’s twitter accounts, they really looked the part:

Springwell Park Primary School and Children’s Centre’s motto is “achieving dreams”. We hope that by giving the school football team new kits we can help them achieve theirs.