Yesterday, the Ministry of Justice confirmed that it will not be raising the small claims limit for accident claims. The current limit is, and remains, £1,000.

The decision not to increase the small claims limit (for now) is a great relief for most innocent accident victims, who can continue to receive independent legal representation from the solicitor of their choosing when making personal injury claims.

(Below the £1,000 threshold no legal costs are payable to innocent accident claims victims, unless a court orders otherwise.)

Justice Secretary Chris Grayling told Parliament today that the government was not raising the small claims limit ‘until we can determine the impact of our wider reforms on motor insurance premiums’.

Those reforms, which included deep cuts to legal costs and changes to case management introduced by the Legal Aid, Sentencing and Punishment of Offenders Act (2012) (‘LASPO’) in April and July 2013, have been extended to include a panel of independent medical experts to assess ‘whiplash’ claims, which the government wants to have in place by next year.

How motor insurers pushed for reforms to accident claims

Not unsurprisingly, it was motor insurers, who have to pay claims and legal costs, who pushed hard for an increase in the small claims limit for accident claims to £5,000.

They said that there is a ‘compensation culture’ here in the UK (read more about why that is not true here) of which ‘whiplash’ claims were the worst example of fraud.

By increasing the small claims limit, they argued, fraudsters would be discouraged from taking their car accident claims cases to court. So, they said, those claims and their associated costs would simply disappear.

The motor insurers argued that all motorists would benefit from reduced insurance premiums as a result of fewer payments to whiplash claimants.

The argument for ending ‘whiplash’ claims was both simple and attractive to both the media and Conservative Government.

The Government has consulted on an increase to £5,000 on numerous occasions over the past few years, but decided against a raise each time, finding no evidence of the ‘compensation culture’ described by the biased insurers.

In 2010’s review, Conservative Lord Young of Graffham reported that the myth ‘is one of perception rather than reality’.

The most recent consultation was published in the summer following a House of Commons transport select committee report which recommended keeping the current £1,000 limit in place.

It would appear that the Government listened. 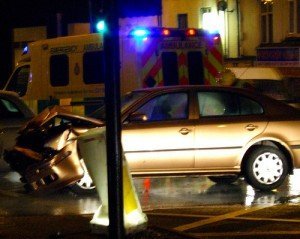 In January this year I submitted evidence to the Ministry of Justice arguing that the existing reforms due to be implemented under LASPO were unfair on accident victims, their solicitors and staff, and the wider communities they come from. You can read my letter to the government here.

Even though the LASPO reforms were implemented in April and July, I still believe that by changing the system for dealing with personal injury claims and reducing the costs payable to claimant solicitors; innocent people are put at a disadvantage.

Thankfully, because of the efficient business model we have at Donoghue Solicitors, I am pleased to confirm that our clients are still receiving the same excellent service as before, despite the changes.

However, it concerns me that insurers are not working under the same costs restraints in road accident claims, and that the savings they are achieving are not being passed on to motorists in their entirety.

It may well be that, as a result of the LASPO changes to the system and insurers paying less out per accident claim in damages and costs, insurers will have:

All of which means that some innocent accident victims will suffer a triple injustice:

Surely that was not what the government intended with the LASPO reforms?

For help with your accident claims call Donoghue Solicitors on 08000 124 246 or contact us.