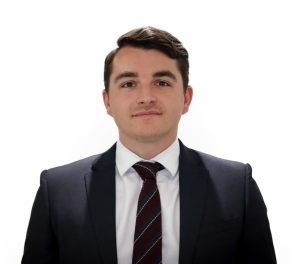 Daniel Fitzsimmons can help you with your whiplash claims.

Client: “John”, a small business owner from Liverpool (name changed at his request)

One February afternoon John was in his VW Golf on the M6 near Birmingham. He was stuck in heavy, stop-start traffic. John was hit from behind after he had stopped because of traffic up ahead. It was a typical rear end shunt. Thankfully, he was wearing a seatbelt and the car had head restraints. Even so, the accident jerked John back-and-forth in his seat.

Shocked, dazed, and confused, John got out and spoke to the other driver. The man only gave his first name. Despite this, John had the presence of mind to get the other driver’s vehicle registration, make, and model, before he left.

John carefully drove home after checking the car to make sure it was still driveable. Overnight he noticed neck and shoulder pain coming on. He struggled with it for a couple of days then saw his GP for medical advice. His doctor confirmed that John suffered whiplash symptoms and told him to get over-the-counter analgesic painkillers.

John spoke with our Daniel Fitzsimmons, a Chartered Legal Executive and Litigator with the Association of Personal Injury Lawyers.

Daniel took full details of his claim and got to work. He used the information John got about the other car to find its insurers.

He also made enquiries with John’s own insurers to find out about legal funding. After this Mr Fitzsimmons agreed to represent John on a “no win no fee” basis. This was a good deal for John because

Daniel also arranged for an expert motor engineer to inspect John’s car and report on the damage. The engineer confirmed that it needed a new rear bumper and tow bar, among other things.

He submitted details of John’s claim to the other driver’s insurers following the Civil Procedure Rules. Given the clear accident circumstances they admitted liability. The insurers made a “pre-medical offer” for John’s personal injury claims and out-of-pocket expenses. They were willing to give him £1,000 now without proof of his whiplash claims.

This might look like an attractive offer but, as Daniel Fitzsimmons previously explained in this blog post, accepting a pre-medical offer could be an expensive mistake. John had ongoing whiplash symptoms and rejected the insurer’s offer after taking Daniel’s advice.

Daniel arranged for John to see a medical expert who specialises in whiplash claims. He instructed the doctor to write a medical report detailing his findings. The expert took full details of the accident, reviewed John’s medical records, and examined him thoroughly. The doctor felt that, on the balance of probabilities, the road traffic accident,

“resulted in sufficient acceleration/ deceleration of the cervical spine to overload and overstretch the paracervical soft tissues and cause trauma”.

He went on to explain that,

“The result of this trauma was an acute cervical sprain injury, a soft tissue neck injury characterised by paracervical pain referring into the shoulder girdles.”

And the doctor confirmed that, in his opinion, the paracervical tenderness and limited neck movements were caused by

The expert recommended 10 sessions of physiotherapy to help John recover. Mr Fitzsimmons arranged this with a privately paid physiotherapist. This meant that John could start the treatment right away, and fit it around his busy schedule.

Daniel made sure that the other driver’s insurers fully compensated John for the damage to his car. He also took full details of everything else John wanted to put him in the pre-accident position. This included his private physiotherapy expenses and out-of-pocket expenses for things like painkillers and travel expenses.

He sent details to the insurers and negotiated settlement of John’s claim. After discussions, Daniel settled John’s whiplash claims for £3,000, 3 times more than the insurer’s pre-medical offer. He also got John compensation for his out-of-pocket expenses and had the physiotherapy charges paid in full.

Daniel also made sure that the insurers for the responsible driver paid John’s legal costs.

John was very happy with the outcome and service he received from Donoghue Solicitors. He received:

He was also glad that his own insurers knew the accident wasn’t his fault so they could not penalise him on policy renewal.

John was injured through no fault of his own. With our help, he got the compensation he genuinely deserved.

For help with your whiplash claims contact Donoghue Solicitors on 08000 124 246 or contact us using the form on this page.