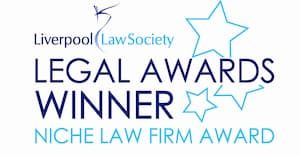 For help with your own actions against the police claim contact us on 08000 124 246 or complete the short online contact form here.

Donoghue Solicitors represented a client who was wrongly identified as a disqualified driver on the UK police national computer (PNC).As a result, he was repeatedly stopped by the police.

Kevin Donoghue, solicitor, ensured that the police national computer (PNC) record was corrected and recovered £5,000 compensation for his client.

You can read the police national computer case report by clicking on the link.

After a local paper publicised an unlawful police raid at his home, R.L. instructed Donoghue Solicitors to claim compensation and seek an apology.

You can read how we dealt with this police raid claim here.

The Benefit of Using Solicitors Specialising in Actions Against the Police

After a pensioner was injured during his false imprisonment he initially instructed a firm of solicitors who were not experts in actions against the police. They mishandled his claim so he transferred his case to Donoghue Solicitors. With our help he recovered £13,000 compensation and the supermarket admitted liability for his claim.

Read this case study where we explain how using expert solicitors specialising in actions against the police makes all the difference.

How We Helped a Client Win £25,000 for his Police Brutality Compensation Claim

After calling other law firms and finding no one willing to take his police brutality claim, Paul Smith (details used with permission) found Donoghue Solicitors after an online search. Mr Smith spoke to our Solicitor Director, Kevin Donoghue, who agreed to represent him on a “no win no fee” basis. In this detailed police brutality case study we explain what happened to Paul and how we helped him win the compensation he rightly deserved.

How to Win £37,500 Compensation From Humberside Police

Mr Elliott (details used with permission) was wrongfully arrested, assaulted, detained, prosecuted, and convicted of assaulting a police officer. After successfully overturning his conviction Mr Elliott sought expert legal help to sue Humberside Police. Kevin Donoghue represented him in his civil action against the police. Read this case study to find out how, with our help, he received £37,500 plus legal costs from the police.

How We Helped a Solicitor Remove Police Biometric Data

Kevin Donoghue represented a fellow solicitor in her actions against the police claim. As well as financial compensation, the lawyer wanted help removing police biometric data and deleting relevant entries on the Police National Computer. Read how we helped her here.

Nigel Lang (details used with permission) had his life turned upside down when he was wrongfully arrested on suspicion of possessing indecent images of children. He contacted Donoghue Solicitors for assistance to clear his name and seek financial compensation. We helped him sue Hertfordshire Police for a breach of the Data Protection Act, among other things. Find out more here.

Why Avon & Somerset Police Paid £4,500 Compensation For a Police Assault

Steven Smith (details used with his permission) was assaulted by a police officer. The officer put him in a choke hold and caused him to briefly lose consciousness. His colleagues were shocked and reported the officer to their superiors. After the officer was convicted for assault we helped Steven recover his rightful compensation. Read how here.

Our client Paul Rogers (details used with his kind permission) was wrongfully arrested by Merseyside Police. He approached his criminal solicitors for a recommendation to bring a civil action against the police. They told him to contact us because we specialise in these claims. (Many other criminal law firms do too. Read why here.) With our help, Paul received £5,000 compensation plus legal costs, together with confirmation that the police had destroyed his biometric data and photographs. Read how we helped Paul sue Merseyside Police here.)

Why Leicestershire Police Paid Over £20,000 Compensation

Nicole Pike and Ricky Plant instructed Kevin Donoghue, solicitor director of Donoghue Solicitors, to sue Leicestershire Police. The police unlawfully entered their home, arrested, and detained them. They were prosecuted to trial but were cleared of all charges at court. Mr Donoghue made sure they got the justice they deserved. Read how we helped here.

“Justice” takes many forms. For most victims of police misconduct, bringing an actions against the police claim is about more than compensation. Other remedies they seek include an apology and the knowledge that lessons have been learned. Read this case report to find out how we helped one client get the justice he deserved, and how he selflessly dealt with his compensation from Thames Valley Police, here.

A woman was driving home after work when she was stopped by South Wales Police. What should have been a routine traffic stop turned into a police assault, false imprisonment, and wrongful conviction for assaulting a police officer in the execution of his duty. When no local solicitors would take her case the victim of police misconduct contacted Donoghue Solicitors. We represent clients throughout England and Wales and took her actions against the police case on a “no win no fee” basis. After a three-day trial she achieved justice and the court awarded her substantial compensation. Read how in this case report.

How We Helped After a Wrongful Conditional Caution Arrest

In 2017 Tyler Donovan accepted and dealt with a police-issued conditional caution. Over a year later Northamptonshire Police searched for his details on the Police National Computer.  The system (wrongly) showed that Tyler had failed to deal with the caution. Officers executed the arrest warrant and detained him for over 48 hours before the Magistrates Court released him. Read this case report to find out how we helped Tyler get £10,000 compensation and justice here.

How We Helped a Couple Wrongfully Arrested by Police at Gunpoint

Steve and Sharon Rogers were driving home in their Transit van when Devon and Cornwall Police stopped them using a “hard stop” manoeuvre. Officers wrongfully arrested the couple at gunpoint, accused them of a murder they did not commit, and kept them at Camborne Police Station for six hours before release. With our help the couple received a full apology, over £30,000 compensation, and their legal costs. Find out how here.

Why West Yorkshire Police Paid Out After a Home Invasion

Wayne Wilson contacted Donoghue Solicitors after he and his partner were victims of a terrifying home invasion from a known attacker. Mr Wilson felt that West Yorkshire Police were responsible because the force failed to protect his family. The police denied liability. But with Kevin Donoghue’s help, Wayne received substantial compensation and justice. Read how we helped here.

Why Northumbria Police Paid Compensation After Executing a Search Warrant

When Northumbria Police executed a search warrant they arrested, searched, and detained Mr. M. He was later told that the police would take no further action. The police defended their actions, arguing that they had reasonable suspicion to act. With our help Mr. M got justice. Read how here.

Why Staffordshire Police Paid Compensation to a Football Fan

After a Staffordshire Police officer assaulted Reg Ryder, a 67-year-old Port Vale fan, he filed a formal police complaint. The complaint was not upheld and the police denied any wrongdoing. Reg contacted Donoghue Solicitors for help. Read how we helped with his compensation claim here.

When the Metropolitan Police botched a dawn raid at Sulemain Marais’s home he was left with a sense of injustice. “I do not believe anyone should experience what we did,” he said. Mr Marais instructed Kevin Donoghue, solicitor, to fight his claim. Read how Kevin used his expertise and knowledge of search warrant law to help Sulemain with his compensation claim.

Why Northumbria Police Paid Compensation After a Dispersal Order

Simon May (details used with kind permission) was homeless and sleeping on a park bench. He was awoken by a Northumbria Police Community Support Officer. She told him that he was not allowed to sleep on the bench because of a Dispersal Order. The officer demanded Mr May’s details. He refused and a police constable attended. The matter escalated, resulting in a police assault and false imprisonment claim. Read how we helped Simon get the compensation he deserved here.

How We Brought a Malicious Prosecution Claim Against the Police

“Carl Jackson” (name changed) contacted the police after being threatened with a weapon. He thought the officer who came would help. Instead, the police officer assaulted him and gave false evidence resulting in a criminal prosecution. Thankfully, Carl was acquitted, and with our help, pursued a malicious prosecution claim against the police. Read how here.

Lee Williams (details used with permission) was wrongfully arrested and detained after Magistrates Court bail conditions errors. He contacted Donoghue Solicitors for help. Five months later Lee received £4,500 compensation plus legal costs, an explanation, and apology from the Court. Find out how here.

How our Solicitors Helped Clients Get More Than £40,000 Compensation from West Midlands Police

Lisa McCullough and James Williams from Walsall, West Midlands (details used with permission) were wrongfully arrested and detained after being caught up in a sexual abuse investigation. The consequences for both were devastating, personally and professionally. With our help they got justice, which included an apology, explanation, and just compensation. Read how we helped here.

We are experienced at dealing with the police and their lawyers. We know that they will do everything possible to avoid paying compensation. We can help you get the justice you deserve.

Where appropriate, we take cases on a ‘no win no fee‘ basis. You have nothing to lose, and valuable compensation to gain.

Get in touch to start your actions against the police compensation claim. Call us today on 08000 124 246 or complete the online form. We’re waiting to help.