(This is based on Mr Smith’s version of events, some of which is disputed.)
At about 8a.m. on Sunday morning, 27 April 2014, Steven Smith, was in The Commercial Rooms pub on Corn Street, Bristol. Steven was 39 at the time. He had been to a nightclub with his friend James and went to the pub to wait for the bus home.
Mr Smith became upset when the bar staff told him they couldn’t serve alcohol that early. They asked him to leave and called the police when Mr Smith refused to go. Two female officers, PC P and PC S, arrived and escorted him from the pub.
A third (male) officer, PC F, joined his colleagues. The police issued Mr Smith with a “section 27 notice” which required him to leave the area. Steven refused to go, so the police told Mr Smith that he was under arrest. The female officers stood in front of Mr Smith and started to handcuff him. At this point PC F was standing behind Steven. Without warning, PC F put his right arm tightly around Steven’s throat and, according to PC S, “pulled him upwards and backwards whilst holding him in this hold”.
James watched as PC F used what he described as a “choke hold where the person’s neck is within the V bend section of the arm”.
PC F kept Steven in this hold for about 15 seconds. It resulted in his victim briefly losing consciousness. When Mr Smith regained consciousness PC F ordered Steven to “stand up” in what PC P later described as “a mocking tone”. The officers helped him to his feet. The police took Steven to a local police station where he was processed.

Mr Smith’s friend James was shocked by what he saw. He felt that PC F’s conduct was

“face was blue and he appeared to be unconscious, there was a noise, a rasping and breathing noise. Smith’s head was right back, his face was blue red in colour, his eyes were rolled back in his head.”

“Smith’s leg gave way from underneath him. After about a second, the appellant’s arm (PC F’s arm) loosened and as Smith was falling, the appellant yanked him up with his right arm, Smith then came around.”

“the force for that 15 second period was disproportionate in all the circumstances and therefore unreasonable.” 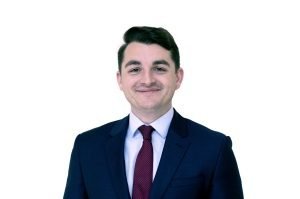 Mr Smith was angry and upset about his treatment at the hands of Avon & Somerset police. He had been injured and traumatised by PC F’s unlawful police misconduct. He felt anxious going back into Bristol city centre. Steven worried about police retribution.
Mr Smith wanted accountability and justice. Following an internet search, he contacted Donoghue Solicitors because we specialise in civil actions against the police.
Steven spoke with Daniel Fitzsimmons, a Chartered Legal Executive with many years’ experience in police compensation claims. Daniel advised that, on Steven’s version of events, he had grounds to bring a compensation claim. Donoghue Solicitors agreed to represent Mr Smith under a conditional fee (“no win no fee”) agreement. (Read why this method of funding can help people achieve justice here.)
Mr Fitzsimmons was particularly concerned by PC F’s use of a choke hold, which he felt was dangerous and unnecessary. Choke holds restrict air or blood flow to the brain. They can cause suffocation, brain damage, and even death. They are banned by many police forces because of the risks.
Daniel sent details of Steven’s claim to Avon & Somerset Police. He told the Force that, in his expert opinion, PC F’s conduct was

Given the officer’s criminal conviction, Avon & Somerset Police readily accepted liability for assault/ battery. But the Force argued that “the level of force found to have been unreasonable lasted for a period of seconds only and was held to be a momentary and isolated mistake”. The police also said that “causation for your client’s alleged injuries are disputed”.
Daniel explained to Steven that this meant he had to satisfy a court that the assault caused his injuries and losses. If he could not do so, Mr Smith would not be compensated, despite Avon & Somerset Police’s admission of liability.
The lawyer commissioned expert medical evidence to address the issue of causation. A doctor examined Steven and confirmed that Mr Smith had been injured during the violent police assault. He suffered pain to the neck, mid back, and low back, as well as psychological distress.
Mr Fitzsimmons forwarded full details of Mr Smith’s claim to Avon & Somerset Police. Then he entered into negotiations with the Force’s Legal Services team. Ultimately, Mr Smith accepted £4,500 plus legal costs from the police to settle his claim.  He did not have to go to court to prove his claim. And, along with the criminal conviction, this payment meant that PC F’s misconduct did not go unpunished. Justice had been done.
Contact Daniel Fitzsimmons for help with your police misconduct compensation claim. He helps people sue police forces throughout England and Wales. Call Daniel on 08000 124 246, or complete the online form on this page.