★★★★★ Highly Recommended – Kevin Donoghue successfully took our Civil claim against Leicestershire police for damages. The case was dealt with professionally and timely .

Thank you all @Donoghue solicitors

I cannot thank you enough for everything and appreciate everything you have done for me.

Nicole Pike, her partner Ricky Plant, and their son Riley Lee (aged 1 at the time) lived in Loughborough, Leicestershire.

At about 8:15a.m. on 24 January 2015 police officers from Leicestershire Police called at the family’s home. Nicole answered the door with Riley in her arms. Two uniformed police officers, PC H (a woman) and SPC F (a man), were there.

The female officer told Nicole that they were there to investigate an anonymous tip. She said that the police understood that Nicole and Riley were living and sleeping in a shed in the back garden.

Ricky heard what was happening and went to join Nicole and Riley. Sensibly, he grabbed Nicole’s tablet computer, opened the voice recorder app, and recorded what happened next.

Both Ricky and Nicole told the police that their information was nonsense. Nicole calmly pointed out the fact that she and Riley quickly answered the door when the police knocked. How could they have done that if they were living in the shed?

The police ignored this flawless logic and, uninvited, forced their way into the family’s home. Ricky and Nicole objected, and told the officers to leave.

They refused. Perhaps aware that she lacked legal grounds to be in the home, the female officer tried to wrestle the tablet out of Ricky’s hands. She failed, and it continued recording.

The officers told Ricky and Nicole that they had grounds to enter their property under s.17 of the Police and Criminal Evidence Act (PACE). (The most common justification used by the police under this section is “saving life or limb or preventing serious damage to property”.)

Ricky challenged them on this and demanded that they leave, again. The police stood their ground.

They are the UK version of SWAT teams in the USA. The tactical support officers joined their colleagues inside. Again, uninvited and unwelcome.

Nicole and Ricky were shocked when PC H “upped the ante”. She said that Nicole had punched her in the face, which Ms Pike denied. PC H then tried to rip Riley out of his mother’s arms. Nicole resisted with all her might. But the police overpowered her, took Riley, and pinned Nicole to the floor. The police handcuffed Nicole and told her she was under arrest for assaulting a police officer in the execution of her duty. Nicole suffers from mental health issues. The police’s conduct brought back traumatic memories and was extremely distressing. Ricky intervened. He tried to stop the police taking his son away from Nicole. The police arrested him for obstructing an officer in the execution of their duty.

The police tightly handcuffed the frightened couple. They took Ricky and Nicole to Leicestershire Police’s Beaumont Leys Station. They arrived at about 9:20a.m and were “booked in”.

The police separated the couple.

Ricky was later arrested for possession of a controlled substance (marijuana), which enabled the police to search their home. Following the search, they further arrested both Ricky and Nicole for theft of a motor vehicle and handling stolen goods.

Both Ricky’s and Nicole’s wrists hurt from handcuff injuries. While in detention they sought, and were given, painkillers.

The police kept them locked up all day.

Nicole was distraught about being separated from her son. More than five hours after arrest the Custody Officer confirmed that the police had contacted Leicestershire Social Services’ Safeguarding Team and that Riley was with them.

The police interviewed Nicole with a solicitor at 9.01pm. She denied all charges. Despite this, at 3:19am on 25 January, they charged Nicole with assaulting a police officer in the execution of her duty. The police bailed her to appear at Loughborough Magistrates Court on 11 February.

She was released after 19 hours.

They interviewed Ricky between 11.01pm-12:45a.m. He did not have legal representation and denied all charges. He returned to his cell after the interview.

The police charged and bailed Ricky for:

The police returned Ricky’s possessions to him. The tablet computer, which he took with him to the station, now had a cracked screen.

He was released after 18 hours 25 minutes in police custody.

On release, both Ricky and Nicole immediately tried to find out what had happened to Riley. The couple knew that the Safeguarding Team were involved, but they refused to help.

(Ricky and Nicole later found out that unfounded allegations had been made of child cruelty, possession of a dangerous dog, and cannabis growing.)

Eventually, at about 1pm on 26 January, the family were reunited at home.

But that wasn’t the end of the matter.

The couple had to go to court to answer bail and enter pleas. Both maintained that they were not guilty. Between their first appearance and trial the prosecution dropped the theft and handling charges. This was because Ricky provided proof that the motor vehicle was his and that none of the other items were stolen.

But the prosecution insisted that Ricky and Nicole stand trial for the other alleged offences of assault and obstruction. These were serious charges. If convicted, the couple could have gone to jail. Ricky represented himself throughout the court proceedings. Nicole had a solicitor.

During the Magistrates’ Court trial PC H confirmed under oath that:

1. she relied on s.17 PACE as her grounds to enter the family’s home.

2. when the officer entered the property she had no intention of making an arrest.

3. she also did not have any real concerns about Riley’s health.

These admissions fatally undermined the police’s case. The court was satisfied that the police did not have grounds to enter the family home under s.17 PACE. They had acted unlawfully and not in the course of their duties as police officers. The prosecution offered no evidence as a result. The court dismissed all charges, including the drug possession charge against Ricky.

Donoghue Solicitors Help With a Civil Action Against Leicestershire Police

The court had cleared Ricky and Nicole of all charges. But they were disgusted by the police’s actions. A friend recommended that the couple contact Donoghue Solicitors because we help people with civil actions against the police throughout England and Wales. Kevin Donoghue, our Solicitor Director, handled their case. 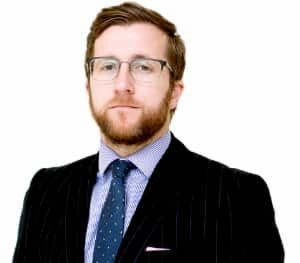 Mr Donoghue wrote to the Chief Constable of Leicestershire Police with details of their claims. He demanded compensation for his clients for:

(Read more about the law in civil actions against the police here.)

They also submitted a formal complaint against the police force. It raised serious misconduct allegations. As expected, the complaint put the civil claims on hold. Kevin liaised with the police’s Professional Standards Department on his clients’ behalf. The internal investigation took over a year.

During this time Ricky and Nicole were thrilled to find out that Nicole was pregnant. She gave birth to Ralphie in November 2016. But the family suffered an unimaginable tragedy when he died ten weeks later. Mr Donoghue offered support and kept on top of things for the couple while they focused on their heart-breaking loss.

After the police concluded their investigation, they confirmed their position on liability in respect of the civil compensation claims.

Leicestershire Police accepted that Ricky’s arrest and 1 hour 43 minutes of detention were unlawful. The force agreed to compensate him for false imprisonment and assault/ battery. But it denied liability or did not address the other claims.

The police offered Ricky £700 compensation by Part 36 offer. (This is a tactical manoeuvre designed to put the claimant under pressure to accept.) Kevin advised his client to reject it and make a counter-offer. He told Ricky to be prepared though. Damages in civil actions against the police are notoriously low. Read why here.

As for Nicole, the police accepted that concern for Riley’s welfare was insufficient to justify entry/ remaining in the property under s.17 PACE.

They accepted that PC H was not acting in the execution of her duty when Nicole allegedly assaulted her. The total period of accepted unlawful detention was 13 hours and 34 minutes. This period was shorter than her total detention due to the further arrest for the later (unfounded) allegations of handling stolen goods. The police denied the other allegations.

Just as with Ricky, Leicestershire Police expected Nicole to prove every one of her alleged losses and injuries. The force also made a Part 36 offer. They offered £5,300 compensation. This reflected her

Kevin reviewed the police’s offer with Nicole, considering case law and the facts. They agreed to reject it and seek a higher award.

As well as making counter-offers, Kevin demanded disclosure of essential documents to help both sides consider the strength of their respective cases.

Mr Donoghue progressed matters. He issued and served court proceedings and medical evidence from a psychologist. The expert noted that Nicole’s medical situation was complicated by her previous mental health issues. The doctor recommend that she undergo a course of Cognitive Behavioural Therapy. This could help put her in the pre-incident position so far as possible. Ricky too, had suffered psychological trauma in the unlawful police action.

The police filed a formal defence which repeated their earlier denials.

The case progressed towards a jury trial. Meanwhile, Kevin and the police’s representative worked together to find out if there was room for settlement.

In November 2018, following negotiations, Leicestershire Police made a further Part 36 offer of £6,500 to Ricky. This was more than nine times their original offer.

They increased their offer to Nicole to £15,500, more than three times their original offer.

Kevin advised his clients that these were good offers. The couple accepted them and settled their claims against the police.

Both Ricky and Nicole were glad matters had concluded. They had been through a lot over the past few years. It had taken a long time, but they

At last, they were vindicated by the law.

(Ricky and Nicole kindly gave permission to publish their details in this case study. It is based on their version of events, some of which is disputed by Leicestershire Police.)

Complete this short online form or call 08000 124 246 for help with your civil action against the police.