On Hallowe’en 2017 Merseyside Police arrested Paul Rogers. They detained him for over 12 hours before release. Paul instructed Donoghue Solicitors to seek compensation for wrongful arrest. With our help, he settled his civil action against the police for £5,000 plus legal costs. This is how we did it.

Paul Rogers lives in Huyton, a close-knit Liverpool community. At about 9.30a.m. Paul was walking home from his local shop when he saw police cars and some neighbours gathered outside the home of his cousin “Chris”. Paul spoke to one of the bystanders, who told him that someone had attacked Chris. Thinking that matters were in hand, Paul decided not to interfere and went home.

A couple of hours later there was a knock on his door. He opened it to find two Merseyside police officers on the step. One immediately declared that he was under arrest on suspicion of “s.18 wounding with intent.” (S.18 of the Offences Against the Person Act (1861) is also known as “grievous bodily harm”.) The police did not tell Paul any more details, but he assumed it related to Chris. He told the police this and denied assaulting his cousin. The officers ignored Mr Rogers, searched his house, and handcuffed him. They told him they were taking him to a police station.

Paul begged the police to let him get his medication for various health issues first. They ignored his pleas and took Mr Rogers outside in handcuffs, in full view of his neighbours. “John”, Chris’ son-in-law, was one of them. John told the police that, if this was about the assault on Chris, they had arrested the wrong person. Chris’ partner had already given the police a description of the attacker, he said. It did not match Paul Rogers. The arresting police officers ignored this information.

Detention in a Police Station

The police took Paul to St. Anne St. Police Station in Liverpool City Centre. He was “booked in”, and officers took Paul’s fingerprints and DNA (biometric data) and photographs. They put him in a cell and later arranged for a medical examination.

John worried about Paul and tried to get to the bottom of what had happened. He learned that a man was in a local pub bragging that he had assaulted Chris. Like Paul, John had also seen the police at Chris’ house. He went back to the house and told a police officer about the man in the pub. But the police did not use this information to release Paul.

Later that afternoon, John went to the hospital where Chris was being treated. He told another police officer what he knew. Again, this information was not immediately acted upon to free Paul.

Hours later, the police acted. At 9:40 pm the Custody Sergeant noted the custody record to state that “I have been informed that this DP (detained person) is NOT responsible for this offence…and as a result dp is to be released immediately.”

Paul was angry and upset about what had happened. He had been wrongfully arrested for a very serious criminal offence against a member of his own family. The police invaded his privacy by searching his home. Paul felt humiliated by the public arrest in front of his neighbours. He worried about his health. Officers ignored information about his cousin’s attacker which could have freed Paul earlier. 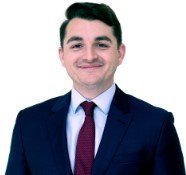 How Donoghue Solicitors Got Involved

Paul contacted his criminal solicitors, Cobleys, for help. They recommended that he speak to Donoghue Solicitors. (Criminal solicitors often refer clients to us because we specialise in civil actions against the police throughout England and Wales.)

Paul spoke to Daniel Fitzsimmons, an experienced Chartered Legal Executive at the law firm. Mr Fitzsimmons advised that, in his expert opinion, Paul had grounds to bring a civil claim against Merseyside Police. He could seek compensation for

He also advised that Mr Rogers could seek deletion of his biometric data and images.

Daniel discussed funding the civil action against the police with Paul. Like most people, Mr Rogers was not eligible for legal aid funding. And he did not have Before the Event insurance or union backing. So Daniel arranged for Donoghue Solicitors to represent Mr Rogers on a “no win no fee” basis. This meant that Paul did not have to fund his case out-of-pocket. This removed the financial obstacle to Paul’s pursuit of justice for the police’s wrongdoing.

With everything in place, Mr Fitzsimmons got to work. He

This information helped Daniel with his detailed letter of claim. In it, Mr Fitzsimmons explained the legal basis for Paul’s wrongful arrest compensation claim. Merseyside Police acknowledged the letter and passed it to their legal department.

After investigations, the police responded to Paul’s wrongful arrest compensation claim. They disputed it, arguing that the arresting officer reasonably suspected Paul of the crime. They said the officer believed the description of the offender matched Paul. So, the police said, the use of force to arrest, trespass to property, and taking of biometric data and images were all legal too. They also denied Paul’s claim that the police breached his Human Rights. But it was not a blanket denial. Merseyside Police admitted that they should have released Paul earlier and offered to settle Paul’s claim for that period.

Daniel wanted Paul to consider everything carefully before deciding his next move. He wrote a detailed letter explaining the situation, referring to legal precedent and his own experience.

The letter discussed Merseyside Police’s denial and the settlement proposal. Daniel explained that, in his opinion, the police’s offer was wrongly calculated. Mr Fitzsimmons felt that Paul had good grounds to argue that the police should pay compensation for the whole period of his detention, not just the later period.

They went through everything, considering the benefits of settling now against the risks of going to court. For Paul, the case was about more than money.  With our help, he now had written proof that Merseyside Police was liable for his ordeal and confirmation the force had destroyed his photographs and biometric data. He had achieved justice and wanted to put matters behind him. He settled his false arrest claim for £5,000 plus legal costs.

(This account is based on our client Paul Rogers’ version of events, some of which is disputed. Paul has kindly given his permission to use his details. Other names changed.)

Contact Donoghue Solicitors for help with your wrongful arrest claim on 08000 124 246 or use our secure online contact form.