Thomas from Donoghue’s acted for me on an appeal to remove a police record. The appeal was successful. Very professional and highly recommended.

Our client has kindly allowed us to use his details, but we have changed his name to preserve his anonymity.

Clive Summers is a high-profile UK solicitor who deals with international law. His work involves frequent travel and residence in foreign countries.

In 2011, Clive and his ex-wife were going through some difficulties. Around this time, he was also travelling to the Middle East for work on a regular basis. One day in April Mr Summers visited his ex-wife’s house to fix their son’s bike. Unfortunately, they got into an argument and, after Clive left, his ex falsely reported to the police that Clive had assaulted her.

Later that day, police arrested Mr Summers at Manchester airport as he was heading to Saudi Arabia. The officers handcuffed and frog-marched the respected lawyer to a waiting squad car. This was a shocking, humiliating, and frightening experience, even for a solicitor used to dealing with the law.

The arresting officers took Clive to a police station in Cumbria where he was “booked in” before questioning.

The booking in process included taking a photograph, DNA and fingerprints, and other personal data which would get uploaded to the Police National Computer and other local force databases.

The investigating officers interviewed Clive under formal caution. During the police interview, Clive immediately, and strongly, denied his ex-wife’s false allegation. In fact, as he told the police, Clive’s wife had hit him.

He assured the police that this was not a “he said/ she said” case. Three witnesses saw what happened and could confirm that Clive was a victim of domestic violence.

The police released Mr Summers on bail while they investigated the allegations.

They later contacted Clive and interviewed him a second time. As expected, all three witnesses confirmed the lawyer’s version of events. The police were satisfied that Clive did not assault his wife and told him there would be no further action.

Clive thought that was an end to the matter and tried to move on with his life.

But, ten years’ later, in November 2021, Mr Summers needed a visa to work and live abroad. As part of the process, he applied to the ACRO Criminal Records Office for a Police Certificate.

What is a Police Certificate?

A Police Certificate is an official document which shows details of any (qualifying recordable offence) criminal convictions, relevant history, and conduct.

Clive was confident that it would come back clear and was shocked when it did not.

He learned that his ex-wife’s malicious allegation of assault was held on the PNC system, along with his personal data. This revelation affected Mr Summers in three ways. It:

So, as an experienced and skilled lawyer, Clive submitted a written appeal to ACRO himself to delete the information held on the Police National Computer.

But, as he found, applications to remove PNC data are discretionary, and subject to the whims of the senior officers who review them.

The chief officer who considered Clive’s appeal rejected it on the basis that Mr Summers did not put forward any positive evidence to prove that the allegation was false. 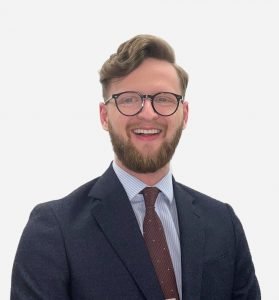 Thomas O’Sullivan helped a solicitor clear his PNC record after making a successful appeal on his client’s behalf.

Thomas discussed the matter with Clive and considered his client’s previous application. He explained that it was unusual to bring a second appeal to the criminal record office (ACRO) but felt that Mr Summers had reasonable prospects of success if the case was presented well.

Mr O’Sullivan agreed to represent Mr Summers in a second appeal on a “private client” basis because legal aid is not available for PNC data deletion cases.

Before submitting the appeal, Mr O’Sullivan knew that, among other things, he had to review:

With his client’s help, Thomas got copies of custody records, statements, and other evidence. He reviewed the information which showed that, as expected:

Armed with the full facts, Mr O’Sullivan prepared a detailed application with relevant evidence in support. He filed the formal appeal in March 2022, demanding that the ACRO Criminal Records Office approve deletion of Clive’s PNC record data on four grounds:

In June 2022 Thomas contacted Clive with some good news. His second appeal had been approved. With our help, he preserved his good name, cleared his PNC record, and could move on with his life.

Contact Donoghue Solicitors to find out more about our police criminal records and data deletion service by completing the online form on this page or by calling 08000 124 246.