Claim: Civil actions against the police for assault & battery, breach of s.6 of the Human Rights Act.

Mr Ryder kindly gave his permission to use his details. This account is based on our client’s version of events, some of which is disputed.

Reg Ryder is a 67-year-old grandad. He lives in Stoke-on-Trent. Mr Ryder proudly supports Port Vale FC and has been a season-ticket holder for many years.

The game was sadly marred by crowd trouble. Fights broke out between rival fans after Bolton’s first goal. The referee took the players off the pitch for 10 minutes after a pitch invasion.

Reg sensibly left the match a couple of minutes early. He wanted to beat the rush and avoid getting involved in any post-match trouble. Mr Ryder planned to meet a friend at a nearby pub to walk home together.

At first, Mr Ryder was comforted to see a large police presence as he left the ground. Reg also noticed an acquaintance he knew from going to the match for years. The man, who was of a similar age to Reg, was taunting the Bolton fans. But he was about 50 metres away and not threatening or aggressive. He was just acting up.

Despite this, the man wasn’t helping an already tense situation. So, Reg went over to him and tried to escort him away.

Suddenly a police officer ran towards Reg. He had two arms outstretched and pushed Mr Ryder to the ground from behind.  Reg put his arms out to break his fall and fell to the ground.

He banged his head on the ground and injured his ribs. He later learned that he lost consciousness.

When Reg came to, he was disorientated and in pain. He had no idea what had happened but remembered thinking, “Why am I in the middle of the road?” Mr Ryder looked up and saw that police officers surrounded him.

As he lay on the ground one of the officers told Reg that he had pushed him. Reg was confused and upset. He had done nothing wrong and was only trying to help.

Mr Ryder was told to stay on the ground and wait for an ambulance. It arrived about 45-60 minutes later.

The ambulance took Reg to hospital where he was diagnosed with various injuries, including cracked ribs.

He was discharged and went home to convalesce.

Reg was angry about what had happened. He did nothing to justify a police assault and did not pose a threat to anybody. The police did not arrest or charge him with any offences.

He had to take time off work as a fork-lift truck driver and needed ongoing medical treatment.

Mr Ryder filed a formal complaint against the police. He spoke with a sergeant who accepted that a Staffordshire Police officer had assaulted Reg. The sergeant apologised unreservedly.

Three days later the Independent Police Complaints Commission confirmed that the incident had been logged by them and that the matter would be investigated. Curiously, they told him not to seek any independent legal advice at that stage.

The following day, Reg received correspondence from the Professional Standards Department at Staffordshire Police who advised that they would be investigating the matter.

Mr Ryder was, quite rightly, suspicious about the suggestion that he didn’t need legal advice. He contacted Donoghue Solicitors after finding out that we specialise in civil actions against the police.

Kevin Donoghue, solicitor, and Daniel Fitzsimmons, chartered legal executive handled Reg’s case. After investigations into funding we agreed to represent him in his civil action against Staffordshire Police on a no win no fee basis.

Mr Ryder met with an investigator from Staffordshire Police’s Professional Standards Department. He explained what happened to the officer.

The complaint was concluded on 19 September 2017. The investigator interviewed the officers involved and found in favour of the police. Reg’s complaint was not upheld. 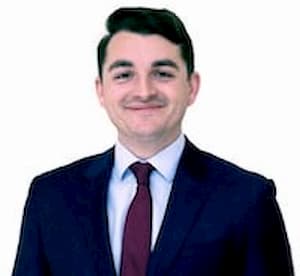 Daniel Fitzsimmons, chartered legal executive, used his legal experience and knowledge to help Mr Ryder with his claim against the police.

How We Helped With a Police Assault Claim

In Mr Ryder’s opinion, the Professional Standards Department investigation was a “pack of lies”.

He had ongoing physical and mental injuries, including headaches. And he was upset by the police assault and the way the force treated him.

We advised Reg that he may have a civil action against the police for compensation. With Mr Ryder’s help we prepared and submitted a letter of claim. In it, Reg demanded compensation for:

He also sought an apology and appealed the police complaint.

Why We Said Staffordshire Police Were Responsible

The letter of claim explained the grounds for Reg’s claim. We intended to show the court that the police were liable for Reg’s personal injuries and other losses.

1. Reg was trying to calm the situation. He was not acting aggressively towards his friend or any of the officers. The force used upon our client by the Staffordshire police officer who assaulted him was excessive and unnecessary, amounting to assault/battery.

2. our client’s age and health were relevant factors. It appeared that the officer did not take into consideration Mr Ryder’s age and fragile state when using force against our client. In our opinion he used excessive force.

3. further and/or alternatively, the actions of the police officer in carrying out the assault contravened the prohibition of torture, inhuman and degrading treatment. This was a breach of Article 3 of the European Convention on Human Rights (enacted in UK law as section 6 of the Human Rights Act 1998), for which our client sought remedies pursuant to sections 6, 7 & 8 of the Act.

To help the parties and the court, we proposed that the parties use the Civil Procedure Rules Pre-Action Protocol. This is intended to narrow the issues and promote settlement. We sought a full written response on liability within three months, and various documents including:

·        statements from officers in attendance

·        body worn video footage from police officers at the scene

·        the complaint history for the officer who (we alleged) assaulted Reg.

2. Mr Ryder’s complaint was not upheld on appeal

3. the officer involved believed that Mr Ryder was about to assault one of his colleagues. The policeman took appropriate action to protect his colleague. He claimed he saw Reg approach the officer with his arms outstretched and acted when Reg failed to respond to commands to get back.

They had no offers of compensation.

The police sent documents in support of their denial, which included body worn video.

We reviewed everything they sent and came to a different conclusion.

Crucially, the police officer who assaulted Reg gave a statement which was contradicted by body worn video camera footage and the statement of one of his colleagues. The footage showed that the officer who assaulted Reg used both hands when he pushed Reg in the back. But that officer said in his statement that he used his baton, holding it horizontally in an approved technique. His colleague also noted the use of hands.

This put the police’s entire denial on shaky ground. In our opinion the footage confirmed Reg’s version of events. He was not a threat, despite what the police officer said. 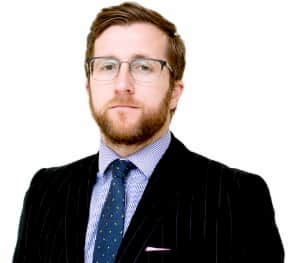 Armed with this information we recommended that Reg continue his claim. We

We sought a jury trial and dealt with procedural formalities.

Despite the parties’ respective positions, we began “without prejudice” discussions with the police’s lawyers. We found out during these that the police had more video footage which we had not seen. Their lawyers said this helped the police’s case and did not show Reg in a good light. We requested a copy of the video evidence immediately.

We reviewed the footage. In our opinion, Reg did nothing wrong. If anything, the new evidence helped him. The footage showed Mr Ryder merely trying to calm his friend down.

Despite the police’s denials, Staffordshire Police’s lawyers made a financial settlement offer. With Reg’s agreement we rejected it. We were confident that the body worn video would help prove Mr Ryder’s case if it went to trial.

But discussions between the lawyers continued. We made good progress and kept Mr Ryder fully informed. Ultimately, Reg settled his claim for substantial compensation and did not need to go to court.

Mr Ryder was glad to settle his claim for compensation and bring an end to the matter. He was disappointed and angry with how Staffordshire Police dealt with him. But Reg is satisfied that, with our help, the legal system gave him the justice he deserved.

Contact Donoghue Solicitors for help with your civil action against the police here.