If you have been the victim of police abuse our actions against the police solicitors will work hard to get you the maximum compensation for your claim.

Contact us today on 08000 124 246 or complete the online form to start your police abuse compensation claim.

Alternatively, read on to find out how to calculate the potential compensation for your actions against the police claim.

What is Police Abuse Compensation?

In civil actions against the police, financial compensation (also known as “damages”) is payable to successful claimants.

Depending on the circumstances, this police abuse compensation can be paid along with other remedies, including:

Read all about your possible remedies in claims against the police by clicking on the link.

Police abuse claims are often difficult to prove (read our page on the law in civil actions against the police to find out why), but if successful, they can result in compensation being awarded.

These include claims for false imprisonment and assault & battery, and are separate to claims for trespass to land.

In trespass to person claims, the Defendant (usually the police, but it can be anybody acting with police-like powers, such as shop security staff) is liable for any damage that the Claimant would not have suffered but for the Defendant’s wrongdoing.

These are similar to trespass to person claims, and also allow the Claimant to claim compensation for distress as part of “basic damages” (see below.)

As above, but damages are discretionary and only paid to achieve “just satisfaction”.

In practice, this means that a declaration that the Claimant’s human rights were breached may be considered enough, rather than financial compensation.

With these claims you can only claim damages for:

You must be able to show the court that it was reasonably foreseeable that you would suffer one of these types of injury as a result of the police’s acts and/or omissions.

As our page on the law in civil actions against the police explains, you cannot claim compensation for malicious prosecution unless you can prove:

Once proven, the Claimant can seek damages for the effects of the prosecution which usually include distress and anxiety.

To claim compensation for misfeasance in public office the Claimant must prove:

The material damage includes one or more of:

Once you have proven your actions against the police the court will consider the following categories of damages:

These are the most common damages paid in police misconduct claims.

They are meant to compensate you for the actual loss and injury you suffered as a result of the police’s actions and put you in the position as if the police misconduct never happened.

Basic damages can include (not all may apply):

What are General Damages?

General damages are compensation paid to the Claimant for pain, suffering, and loss of amenity (known as “PSLA”). They include physical and/ or psychiatric injury.

What are Special Damages?

Special damages are financial damages paid to the Claimant to remedy the quantifiable losses caused by the police’s misconduct. They often include loss of earnings, medical expenses, travel expenses to attend medical appointments/ court hearings etc.

Basic damages cannot be reduced because of any conduct by the Claimant which contributed to the police’s misconduct.

As with the categories of claims detailed above, basic damages vary in actions against the police.

In false imprisonment claims basic damages are awarded for the length of detention for:

In malicious prosecution claims basic damages are paid from date of charge/ summons to favourable outcome.

Aggravated damages are awarded only in exceptional cases where the police have:

Unlike basic damages, aggravated damages are:

They are usually paid in addition to basic damages in serious claims involving, but not limited to:

They are rarely paid in negligence claims and never paid in Human Rights Act claims.

What does “Injury to Feelings” mean?

What Do You Need to Show for Aggravated Damages?

The court will look at how the police behaved including:

Exemplary damages are awarded even more rarely than aggravated damages.

This is because they are meant to punish the police for outrageous conduct rather than merely compensate the Claimant.

They can only be awarded in tort (not Human Rights Act) cases where there has been:

“oppressive, arbitrary or unconstitutional action by the servants of the government”

Exemplary damages can be reduced or wiped out entirely due to improper conduct by the Claimant.

The Starting Point for Calculating Compensation in Actions Against the Police

Because every actions against the police claim is different, solicitors who deal with these claims rely on various sources.

For example, if the Claimant has suffered personal injury, the Judicial College Guidelines and case law in Kemp & Kemp can help value the claim.

For heads of claim that specifically relate to police misconduct, the Court of Appeal case of Thompson Hsu (link above) can help your solicitor make an initial assessment of compensation.

It is important to note that this case provided guidelines only.

Because every case is different, courts are free to consider the guideline rates then apply their own figures.

So a person who is familiar with the criminal justice process may receive less compensation than someone who has never had dealings with the police.

The smaller figures below are as they were originally stated. The amounts in brackets are uplifted for inflation as at March 2016 AND apply to matters after 1 April 2013.

(Claims after 1 April 2013, where the success fee is not recoverable from the Defendant, benefit from a 10% uplift in general damages. See Simmons v Castle (2012).)

(But note that awards for cases where lawful detention becomes unlawful are significantly lower. For example, in the case of R v Governor of Brockhill Prison ex parte Evans (2000) the Court awarded only £5,000 for an extra 59 days’ imprisonment.)

The Claimant may be entitled to a higher award if the malicious prosecution results in a conviction which is only set aside on appeal.

If the Claimant is awarded aggravated damages (this would be unusual), then the Court of Appeal said that the minimum amount should be £1,000 (£1,684.52) up to double the basic damages (unless they are very modest).

But basic and aggravated damages combined should not be more than “fair compensation”.

Overall, it is unlikely that basic + aggravated + exemplary damages will exceed three times the amount for basic damages.

(Again, the figures in brackets are updated for inflation to March 2016 in cases after 1 April 2013.)

Aggravated damages may be paid depending on the circumstances.

Valuing Human Rights Act claims is complicated because damages are set by European Court case law. Speak to your solicitor for more information.

Factors to Bear in Mind When Valuing Police Compensation Claims

It is important to remember that, even if awarded, aggravated and exemplary damages can be reduced or eliminated depending on the Claimant’s own conduct.

And, when assessing damages under multiple heads of claim, remember that there can be some overlap between them, so reducing the overall total.

Finally, because actions against the police are complex and difficult to win, both sides must account for “litigation risk” when assessing the value of any claim. This is the risk that the claim might fail at trial and/ or that the court will reduce or eliminate damages for, say, the Claimant’s conduct. 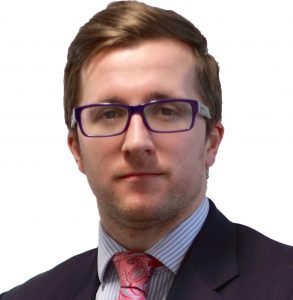 Every police misconduct case is different, so you should contact a specialist solicitor for legal advice.

Kevin Donoghue, Solicitor Director of Donoghue Solicitors, has over 15 years’ experience in taking civil actions against the police.

As a member of the Police Action Lawyers’ Group, Kevin and his team are dedicated to representing Claimants in their cases against the police.

Where appropriate, Donoghue Solicitors act as ‘no win no fee‘ solicitors. (Click on the link to read about our no win, no fee, no fuss guarantee.)

We represent clients throughout England and Wales in their claims against the police (and those who act with police-like powers, such as shop security guards. Read how we helped one client do this here.).

For help in pursuing your action against the police complete the online form on this page or call us on 08000 124 246.

If you have been a victim of police abuse we’re waiting to help you claim the compensation you deserve.