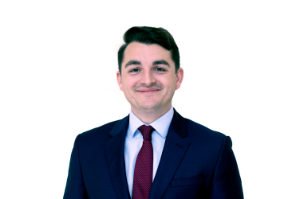 By Daniel Fitzsimmons, Fellow of the Chartered Institute of Legal Executives

I recently settled a civil compensation claim against Cheshire Police. During the case, I learned some things about how the police conducted themselves. These led me to question if officers know the police ethics rules. The current rules were last updated nearly five years ago. All serving officers should be fully aware of them. As you read the following description, ask yourself if the ethics rules were breached. If so, why? Could it be that the police know the rules but deliberately ignore them?

The Facts About My Client’s Case

(This description is based on my client’s version of events, some of which is disputed.)

My client Sam Povey (details provided with his kind permission) is known by his local police, and had, just prior to this incident, worn an electronic “tag” and agreed to a 10p.m. curfew. Later, the tag was removed, and he was under no curfew or other conditions.

Mr Povey had his mobile phone stolen. He reported the theft and the police recovered his phone. They contacted Sam and arranged to meet him at his local police station in Warrington, at any time up to 11p.m..

Sam went to the station after 10p.m. one night. He met two police officers outside. One of them said that Mr Povey was still under the 10p.m. curfew. Sam told the officer that wasn’t true. The officer ignored his protests and arrested him anyway.

The police then took my client to Runcorn police station for processing in that station’s Custody Suite. The arresting officer presented Sam to the Custody Officer, who reviewed the charge of breach of curfew. The Custody Officer, who has a special duty when it comes to authorising arrest, checked the record and found that Sam was telling the truth. He wasn’t under curfew and the police had no grounds to detain. The Custody Officer authorised Sam’s release, about an hour after arrest.

The police kept Mr Povey in a holding room while they sorted everything out. As he walked out of the room Sam noticed that the door was damaged and hanging off its hinges. So did the arresting officer from earlier. The police officer accused Sam of damaging the door and arrested him for criminal damage. Sam protested his innocence again, but this time the Custody Officer authorised detention.

The police held Sam overnight. After a shift change, a new Custody Officer reviewed Sam’s detention. This officer reviewed the CCTV footage which showed that Mr Povey did not damage the door. (It appears that the police already knew the door was damaged, even without the CCTV review.)

The Custody Officer knew the police did not have grounds to detain Mr Povey. The police released him after 8 hours and 56 minutes.

With my help, Sam Povey succeeded in his civil compensation claim against the police and received £4,250 plus legal costs.

All police forces in England and Wales follow the same ethics rules. These are set by The College of Policing. On its About Us page The College says that it

was established in 2012 as the professional body for everyone who works for the police service in England and Wales. The purpose of the College is to provide those working in policing with the skills and knowledge necessary to prevent crime, protect the public, and secure public trust.

We will have a mandate to set standards in professional development, including codes of practice and regulations, to ensure consistency across the 43 forces in England and Wales. We also have a remit to set standards for the police service on training, development, skills and qualifications, and we will provide maximum support to help the service implement these standards.

Lastly here, the College state that

The British model of policing by consent is admired right across the world. We will help to create the best conditions to sustain and enhance that model.

The College of Policing issued the Police’s Code of Ethics in 2014 to help fulfil its role. (You can read it in full here.)

The Police Ethics rules are meant to

support each member of the policing profession to deliver the highest professional standards in their service to the public.

They apply to every officer, no matter what rank.

Applying the Code of Ethics

The police ethics rules include Standards of Professional Behaviour. Relevant ones in this case are:

I will be honest and act with integrity at all times, and will not compromise or abuse my position.

I will act with self-control and tolerance, treating members of the public and colleagues with respect and courtesy. I will use my powers and authority lawfully and proportionately, and will respect the rights of all individuals.

I will report, challenge or take action against the conduct of colleagues which has fallen below the standards of professional behaviour.

Consequences for a Breach of the Code of Ethics

Sanctions for a breach of the police ethics rules vary. They go from a quiet word in the officer’s ear to formal disciplinary proceedings, which can lead to dismissal and criminal prosecution. Police officer supervisors are expected to use their professional judgement and discretion to deal with matters “proportionately”.

What Do You Think?

Did all officers involved abide by the police’s ethics rules? Did the arresting officer act with “honesty and integrity” when he initially arrested my client, and later when he accused Sam of criminal damage? Did he use his powers lawfully, respecting my client’s rights? Did he discharge his duties diligently?

If not, did the arresting officer’s colleague challenge and report this improper behaviour?

Did the Custody Officer fulfil his duties as listed above?

How would you have dealt with any ethical breaches by the police?

It seems to me that the ethics rules listed above were breached by the arresting officer, his colleague, and the first Custody Officer. If I was the supervisor, I would have referred all three officers’ cases to Professional Standards for further consideration. Failing to do so could open a supervisor himself/ herself up to allegations of a breach of the ethics rules, especially about acting with integrity.

Civil Proceedings Against the Police

Despite the apparent ethical breaches, I am not aware of any disciplinary action by Cheshire Police against the three officers involved. Was the matter simply brushed under the carpet? Perhaps.

We would never have known about this matter If it hadn’t been for my client’s determination to fight for justice. As with most victims of police misconduct, one reason Sam sued the police was the hope that they would learn lessons from his experience. Did they? Who knows? But using the civil justice system instead of relying on the police’s own disciplinary processes ensured that the police were held to account for their misconduct.

Daniel Fitzsimmons is a Chartered Legal Executive who helps people sue the police. Contact him here.