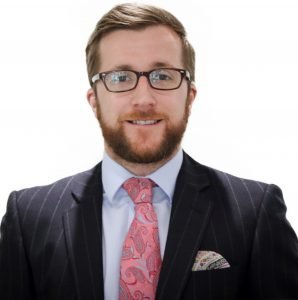 Kevin Donoghue, Solicitor, considers why the police became militarised in Part 2 of this 3-part blog about “the boys in blue”.

Why did the police become militarised?

Last week I described how the police have become militarised in the UK. Contrary to (then Home Secretary) Theresa May’s claim, they now “hide behind military style equipment”. But how, and why, did this happen? To answer that question, we need to look at a number of factors:

The perceived and (after last week’s horrific attack in London) real threat of terrorism has played a major role in the police becoming militarised. Irish republican extremists have given way to jihadists but the effect is the same. Their senseless attacks create fear, and fear of terrorism provokes a response in both the public and those charged with protecting us.

Statistics show that “Western Europe is safer now than it has been for decades and is far safer than most other parts of the world” and that there had been no significant attacks on UK soil for more than a decade until the attack at Westminster. But despite the empirical evidence, in August 2014 the security service MI5 raised the UK threat level for international terrorism to severe, the second highest rating. This means that MI5 thought that an attack was “highly likely”for 2 and a half years before the Westminster incident. And in August 2016 (then) Commissioner for the Metropolitan Police, Sir Bernard Hogan-Howe warned that an attack in Britain is a matter of “when, not if”.

Chief Constables have addressed these fears in various ways. Some steps are less visible than others. After 56 people died in the 7 July 2005 attacks (known as “7/7”) the police and intelligence agencies changed procedures behind the scenes to work more closely together. But after the Paris terrorist attacks of 13 November 2015 the Metropolitan Police Service “reassessed its ability to respond to armed attacks”. This resulted in an extra 600 armed officers in the capital, bringing the total number to 2,800. Some police officers use SIG 516 semi-automatic carbine rifles and Glock 9mm handguns. They look more like SAS soldiers.

In 2015 the BBC reported how the Conservative-led coalition government’s austerity measures imposed drastic cuts to police budgets. These resulted in an overall reduction of 18%. Police officer numbers declined by almost 17,000, with a loss of 15,877 support staff and 4,587 police community support officers. This put overall workforce numbers back to their 2003 levels. Despite the cuts crime continued to decline from its high-point in 1995.

And yet HM Inspectorate of Constabulary, the police watchdog, recently warned that some forces are dealing with the funding gap by putting the public at risk. HMI Zoe Billingham, who led the inspection, described how:

“During this inspection, we’ve seen how some forces are attempting to reduce pressure on their teams by artificially suppressing or downgrading calls upon their service, reducing their ability to take the most effective and prompt action. We think this is often an unintended consequence of recent changes forces have made, frequently in response to the challenge of austerity, and as they struggle to respond to increasing and ever changing levels of demand.

“Consequently, some basic things are not being done: we found evidence of fewer arrests being made, some crimes are being shelved without proper investigations taking place and suspects are not always being relentlessly tracked down. It is vital that police leaders take action now before these problems become more widespread and acute – so that the public are properly protected.”

One way forces have adapted is in the increased use of weapons, such as Tasers, PAVA spray, and spit hoods. These tools are relatively cheap and readily available. They require minimal training and, crucially for officers, have an immediate deterrent effect. If that fails, they can be used effectively for compliance and arrest. But, as I noted in this blog post on Tasers, and this one on spit hoods, forces are abusing this military-style equipment. They undermine public confidence in doing so.

Until the mid-1990s police officers walking the beat were often armed with nothing more than a simple wooden truncheon. (You can see some examples here.)

But, as with all things, improvements in technology and perceived demand for newer, better kit led to changes. Perhaps unsurprisingly, much of the development of this new equipment comes from the USA, with its large and enthusiastic police market driving innovation. For example:

The use of this technology is not without controversy. As described in Part 1 of this blog people have died at the hands of police officers using it. And some of the equipment, such as spit hoods, has not been tested by government experts. Chief Constables must decide for themselves if they want to use these “barbaric” tools and, if so, what to buy, and what training to provide, and when to use them. This leads to dangerous inconsistencies in policing. Some forces, such as Kent, say they will not use spit hoods after spraying the subject with CS/ PAVA. Sussex Police do. (Read how Sussex Police officers spit-hooded my client Paul Smith (details used with permission) after spraying him with PAVA here.)

Police forces are no different to any workplace in that they are subject to politics and internal pressures. Police Federations, the staff associations which represent officers, campaign hard for officers to be given access to more and better law enforcement equipment.

While that is understandable, it is their job after all, sometimes their approach is unhelpful. After Avon and Somerset police officers mistook Judah Adunbi for a wanted man and Tasered him the local police federation chairman defended his officers, saying they were “doing what the public expect of them”.

This only serves to reinforce the view that the police can use their potentially deadly weapons with impunity, particularly among black and mixed race people, who are disproportionately targeted by the police with Tasers.

Police federation campaigns can also serve to unnecessarily heighten concerns within their own members. The piecemeal roll out of spit hoods across the country has, in part, been based on misguided fears of contracting disease through spittle. West Midlands Police’s Force Health, Safety & Welfare Committee noted that:

“whilst extremely unpleasant the likelihood of contracting communicable diseases from spittle is low.”

And in February the Hepatitis C Trust and National Aids Trust expressed concern that spit hoods were wrongly being promoted as a way to help prevent hepatitis C and HIV. The Trust pointed out that:

“hepatitis C and HIV cannot be transmitted via spitting. Suggestions to the contrary are not only incorrect, but are hugely damaging as they reinforce existing stigma and misconceptions that surround both viruses.”

It went on to raise a wider point, about fear:

Such falsehoods also cause unnecessary alarm to police staff. Given the significant challenges faced by police officers in the line of duty, causing them to fear they have been put at risk when they have not places an undue burden upon them, and must not go unchallenged. While the debate around the use of spit hoods is an important one for the police, policy-makers and the public, hepatitis C and HIV are of no relevance to it and should not be used as justification for their use.

This matters because fear-driven officers may become more risk averse, ignoring the Police’s Code of Ethics. They may abandon less invasive techniques when dealing with people in favour of more draconian, militaristic methods.

We’ll look at the consequences of this in next week’s blog.