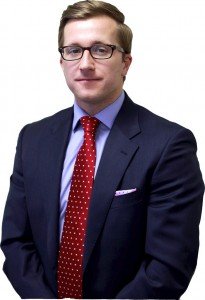 I have just settled Miss B’s compensation claim for unlawful arrest due to an alleged breach of peace. This is the fourth such claim she has pursued against the police.

It is interesting because unlawful arrest breach of peace cases are quite unusual and, as Miss B’s case shows, claiming for breach of the peace is worthwhile financially and personally.

The police arrested Miss B on six occasions between August 2010 and March 2011.

(You can read a case report about her first arrest here.)

after the police arrested her for alleged breaches of the peace relating to four of the arrests (she is not claiming for the other two). Details of these four arrests are provided below.

The right to make a compensation claim began in August 2010 when a neighbour called the police in the early hours of the morning complaining of an alleged disturbance at Miss B’s home. When they got to the house the police found no evidence of a disturbance.

Despite this, the police went into Miss B’s home (which she shares with her mother), arrested her, and took her to a local police station where she was charged with a breach of the peace.

Miss B was injured in the arrest by the police’s handcuffs. At the station the police took her fingerprints and DNA. She was humiliated by having her clothing removed and given a ‘safety gown’.

The police kept Miss B in a cell overnight. After 10 hours she was taken before the Magistrates to face a charge of breach of peace. She denied it and promised to fight the case.

The next time Miss B was arrested, in November 2010, her mother needed urgent medical attention at home. Miss B called an ambulance. The ambulance staff contacted the police.

Miss B, wary of how the police treated her in August, refused entry to the police but invited the ambulance staff in. The police ignored Miss B’s clear instruction not to go into her home, and again went inside and arrested her for a breach of peace.

This time she was arrested and detained for about 30 hours.

In mid-December 2010 Miss B was called upon by the police to investigate an alleged disturbance. Yet again she was arrested for a breach of peace. This time she was detained for 27 hours.

Two days later she was arrested and detained for another alleged breach of the peace. This time the police forced entry into her home by using a battering ram.

Miss B was taken to the same police station and Magistrates’ Court as before, but sensibly the proceedings were discontinued there and then.

Parry Welch Lacy, Miss B’s criminal solicitors who represented her professionally throughout, referred her to my firm, Donoghue Solicitors, after the last arrest.

I reviewed all of Miss B’s arrests with her. It was not difficult to conclude that she was eligible to claim unlawful arrest breach of peace compensation.

Each time she was arrested for an alleged breach of the peace her version of events was never accepted. The police simply came into her home, despite clearly being told not to, and arrested her.

Miss B is a ‘night owl’ who became known to the police. It seemed that, once the circumstances of her first arrest were made out, the police simply repeated the pattern. 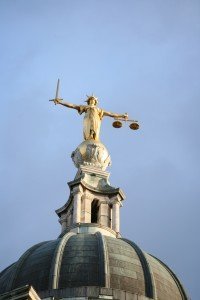 The Law in this Breach of Peace Claim

Unfortunately for the police, the law was not on their side.

To justify the arrests for a breach of the peace the police had to satisfy the test described by Lord Justice Watkins in the 1982 case of R v Howell:

‘We are emboldened to say that there is a breach of the peace whenever harm is actually done or is likely to be done to a person or in his presence to his property or a person is in fear of being so harmed through an assault, an affray, a riot, unlawful assembly or other disturbance. It is for this breach of the peace when done in his presence or the reasonable apprehension of it taking place that a constable, or anyone else, may arrest an offender without warrant.’ (My emphasis)

There is no evidence that harm was being done, or likely to be done, on any of the occasions described above.

So the police did not satisfy this test each and every time they arrested Miss B for the alleged breach of the peace.

The case of Liversidge v Anderson (1942) made it clear that every arrest by the police is unlawful unless they can justify it. This puts the burden of proof on the arresting officer.

I took the view that because the police could not satisfy the Howell test Miss B had good claims for false imprisonment.

Once false imprisonment is established it follows that the police assault (using handcuffs and taking DNA), detention, trespass, and prosecutions were also not justified.

I also argued for aggravated and exemplary damages given the police’s conduct when time and again they ignored established law.

These damages are meant to compensate the victim of police misconduct for injury to feelings and to punish the police for their arbitrary, oppressive, or unconstitutional behaviour.

I argued that this pattern of arrests over the course of 7 months went beyond reasonable conduct.

(You can read more about the types of damages I claimed on Miss B’s behalf here.)

Reasons for Claiming Compensation for Breach of Peace

Miss B was reluctant to pursue a compensation claim against the police but the police’s conduct gave her no choice.

She instructed Donoghue Solicitors to:

So far I have recovered over £14,000 compensation plus full legal costs for Miss B.

She did not have to appear in court to take her civil actions against the police and the police’s conduct seems to have improved after Donoghue Solicitors got involved.

The police officers in her area are no doubt aware that Miss B will fight any future arrest and detention, and that we will aggressively pursue a compensation claim against the police on her behalf.

Because of this, they will think twice before arresting her and hopefully they will have received more training on grounds for arrest, particularly for breach of the peace.

I know that she is happy with the outcome and considers that making a compensation claim against the police was worthwhile.

If you want to claim compensation for an unlawful arrest due to an alleged breach of peace, contact Donoghue Solicitors on 0151 933 1474 or fill out the online form on this page.