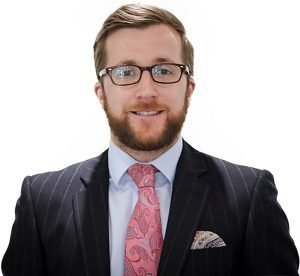 I was recently interviewed on BBC Radio Leeds about West Yorkshire Police’s roll out of spit hoods to front-line officers.

You can listen to the interview on BBC iPlayer (fast forward through to 2 hours 6 minutes 50 seconds) or hear it below:

Before my interview Nick Ahad, the presenter, played some audio clips from an earlier programme in which callers expressed pro-spit hood (sometimes called “spit guard”) views, such as:

“I agree with them doing this because it’s disgusting to be spitting on anybody, they could be infected.”

“Bacteria found in saliva is a proven cause of spreading disease. Society has a duty of protection for our police force and the PC brigade should recognise this fact.”

Perhaps understandably, Nick’s first question to me was:

“Should police officers have to put up with being spat at?”

My response might have surprised Nick’s audience because I agreed with his callers that they should not, saying:

“Clearly not. No right thinking people would think that actually officers should be exposed to this risk of being spat at… it is an assault and individuals should and may face prosecution.”

“I’m not going to condone anyone spitting. I wouldn’t like to be spat on in my line of work so there’s no issue here in terms of should the officers have a form of protection against this.”

Role of the Centre for Applied Science and Technology (CAST)

Having dealt with that I moved on to something I suspect would worry Mr Ahad and his audience: the government’s failure to get involved.

As I have previously pointed out, in a Freedom of Information Act response the Government’s Centre for Applied Science and Technology (CAST) confirmed that it has not:

So what? Well, this is CAST’s job. The government body is part of the Home Office and describes itself as:

“…made up of scientists and engineers who develop technological solutions to fight crime. CAST works with academia and industry.”

CAST’s website shows that it has produced guidance for police forces on many “technological solutions to fight crime”, including:

Given CAST’s wide remit and the national publicity about spit hoods, it beggars belief that these potentially deadly tools have yet to be considered. People can die or suffer life-changing injuries when placed in spit hoods, so it seems the organisation has its priorities wrong in working on non-lethal equipment first.

Without CAST’s official guidance individual police forces looking to use spit hoods must:

This leads to inconsistencies in spit hood use across police forces. For example:

This situation worries me as a solicitor who specialises in civil actions against the police because I help people who have suffered due to police misconduct, which can include the use of spit hoods. My client Paul Smith (details used with permission) suffered horribly when Sussex Police officers unlawfully arrested and sprayed him with PAVA (“pepper”) spray. During the arrest the police restrained him face down. He reflexively tried to clear his airways and was not spitting the foul-tasting and painful spray at them, but they spit hooded him anyway. This was a painful and traumatic episode, as the transcripts from police officer body worn video footage proved:

Paul was one of the lucky ones, despite his horrendous ordeal. He survived, unlike Jonathan Pluck of Peterborough who died in police custody after being spit hooded. I helped Paul recover £25,000 compensation, but this was a life-changing experience. He “will never trust them [the police] again”.

As I explained to the BBC Radio Leeds listeners,

“…someone is going to suffer irreversible brain damage, asphyxiation, and potentially a fatality. I don’t want to have that conversation with a family because these [spit hoods] have not been properly thought through.”

This is not just an issue for members of the public. It also affects the police officers who use spit hoods. If I was a police officer I would be very reticent about using a spit hood without a full assessment and guidance from CAST first. Without this the police don’t know if the equipment is suitable and if their training is adequate. The risk of death and serious injury to suspects is real. No officer wants that or potential criminal, civil, and misconduct proceedings in which their use of a spit hood would be scrutinised in great detail.

“This is about protecting the protectors as they go about their duties and keep the public safe.”

As I mentioned earlier, I have no issue with that. But he went further, saying:

I strongly disagree with this characterisation on two counts:

Police Federations are akin to unions for police officers, from the rank-and-file up to Chief Inspectors. They are politically influential both within their own forces and on a national level, as Nick Smart pointed out when he said:

“The introduction of Spit Guards is something we as a local Federation have been lobbying both politicians and senior officers to review and agree to the use of for some time.”

I don’t know why CAST has ignored spit hoods so far. But given the concerns I, and many others, have with them, I urge Police Federations to use their political power to make CAST evaluate these tools immediately. Until then, Federations should pause their campaigns to roll-out spit hoods more widely. Police Federation members, who are also members of the public and could be wrongly spit-hooded themselves, should demand it.

Kevin Donoghue is a solicitor who specialises in actions against the police.