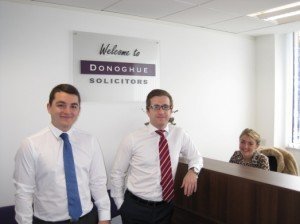 Daniel Fitzsimmons, Kevin Donoghue, and Hannah Bickley, of Donoghue Solicitors are all taking part in the 3 Peaks Challenge.

Over the weekend of the 5th and 6th July a team from Donoghue Solicitors are attempting the National 3 Peaks Challenge in aid of a local charity, Bootle-based Brunswick Youth and Community Centre. We hope to raise £3,000 so the Club can provide activities to local young people during the summer. 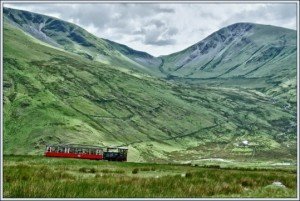 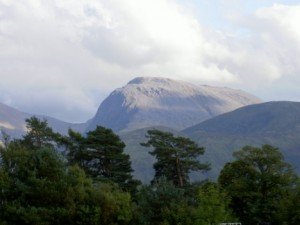 We’re aiming to complete the challenge in 24 hours, which will involve driving many miles in a cramped minibus, eating bad food in motorway service stations, and then doing hard hikes in whatever weather the English summer throws at us! 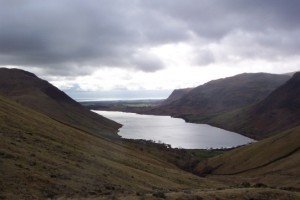 Why we’re doing the 3 Peaks Challenge

We are raising money for a registered charity, The Brunswick Youth & Community Centre of Marsh Lane, Bootle, Liverpool (or “The Brunny” as most people in Bootle know it).

This is an organisation that we all fully support due to the fantastic work that it carries out for the community in Bootle and the surrounding areas in North Liverpool and Merseyside. The charity provide after-school clubs, a youth club and run various projects that engage with young people to steer them in the right direction in life. 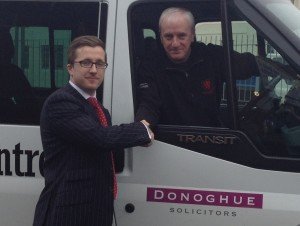 Many of the staff at Donoghue Solicitors have benefitted as youngsters from the great work that The Brunny performs. It is not funded by the local authority; it is a fully independent charity that relies upon the support and generosity of local businesses and people (Jamie ‘Carra’ Carragher of Liverpool FC and England, and Donoghue Solicitors to name but two).

The aim is to raise funds for The Brunny so that they can run a holiday club throughout the Summer school break. They aim to be open 4 days every week and, on one day each week, they hope to include an outdoor activity such as canoeing or mountain biking. Surprisingly, there is no other organisation like this open during the holidays offering such activities to young people in our area.

The Donoghue Solicitors 3 Peaks Challenge is the first in a number of initiatives the firm is taking to encourage healthy lifestyles for its employees.

We have partnered with the Brunny and Sefton Council’s ‘Active Travel Sefton’ project to increase our use of public transport, cycling, walking, and outdoor activities. As a result I expect that everyone here will benefit from better health and well-being.

The 3 Peaks Challenge is an ambitious start compared to leaving the car at home when commuting to work, but I’m sure that, if we can do it, walking or cycling to the office will be easy!

What you can do to help

Please sponsor us at our Virgin Money Giving page:

We will be live-tweeting our progress over the weekend of Saturday 5th and Sunday 6th July at http://twitter.com/donoghuelaw. Please ‘follow’ us and show your support to the team (Kevin Donoghue, Daniel Fitzsimmons, Hannah Bickley, Jack Fitzsimmons, Carl Smith, and Jane Basnett).

We really appreciate your support and thank you on behalf of The Brunny and the local community for sponsoring us.