Today, 10th December, 2013, is the 65th anniversary of the United Nations Universal Declaration of Human Rights.

The Declaration (read it here) sets out the basic human rights and freedoms to which everyone is entitled, no matter where they live.  You may be familiar with the principles in the Declaration, such as Article 1, which states:

All human beings are born free and equal in dignity and rights.

As a solicitor who specialises in suing the police I rely upon the Declaration, and the laws brought in to enforce it, to help my clients claim compensation and hold the police accountable for their actions.

Read on to find out how the Declaration still protects us and helps innocent victims when suing the police after an unlawful police search warrant.

The Declaration of Human Rights and European Law

Article 12 of the Declaration says:

No one shall be subjected to arbitrary interference with his privacy, family, home or correspondence, nor to attacks upon his honour and reputation. Everyone has the right to the protection of the law against such interference or attacks.

All 47 member states, including the UK, are required to follow the ECHR.

The principles in Article 12 of the UN Declaration of Human Rights can be found in Article 8 of the ECHR:

Article 8 – Right to respect for private and family life

1. Everyone has the right to respect for his private and family life, his home and his correspondence.

2. There shall be no interference by a public authority with the exercise of this right except such as is in accordance with the law and is necessary in a democratic society in the interests of national security, public safety or the economic well-being of the country, for the prevention of disorder or crime, for the protection of health or morals, or for the protection of the rights and freedoms of others. 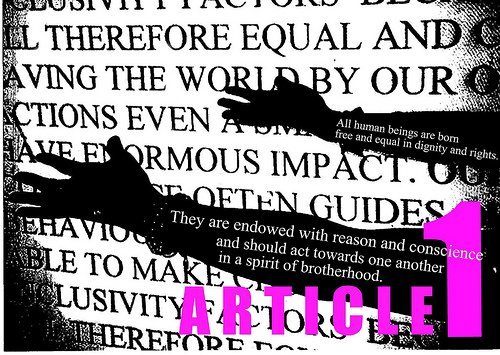 ‘give further effect to rights and freedoms guaranteed under the European Convention on Human Rights’.

It applies to all public bodies (except Parliament in some roles), so includes all police forces.

Article 8 of the ECHR is repeated in Schedule 1 of the HRA.

Court Powers When Suing the Police

If the police breach a person’s rights under the ECHR and HRA, the Court can:

grant such relief or remedy, or make such order, within its powers as it considers just and appropriate.

This means that people suing the police can claim compensation, which is the usual remedy in cases where there has been a breach of Article 8 ECHR.

Suing the Police under the Human Rights Act

So, in principle, public bodies in the UK are supposed to respect the right to private and family life and a person’s home under Article 8 of the ECHR and HRA. But what happens when they don’t?

My clients, H and A, asked me to help them with suing the police following a botched police search warrant raid at their home.

H and A are father and son.

H is registered disabled with chronic back pain. His son, A, is a student.

They were the lawful owners of their home, 28 [Blank] Avenue. They were at home in their bedrooms asleep at around 8a.m. when they were woken by the sound of their front door being smashed open. They thought they were being burgled, and only found out minutes later that the police, who were dressed in plain clothes, were performing a raid.

A police officer dragged A out of his bed by his hair, scratched his face, and gave him a black eye. The policeman then pulled A’s pyjama bottoms down, humiliating him, hit him in the ribs, and pushed him by his face against the bedroom wall. A was then taken downstairs where he met his father.

Despite being disabled, H was also assaulted by the police. The policemen pushed him on to the newel posts at the top of the stairs. He then fell to the floor, hit his face, and was dragged downstairs.

Both men were ordered to sit on the couch and, for the first time, the terrified family were told that the people in their home were policemen executing a search warrant.

H and A repeatedly told the police that they must have made a mistake. Eventually, the police checked their warrant and realised that they had gone to the wrong house.

My clients were later advised that the address they meant to go to was 28 [Blank] Close, not [Blank] Avenue.

The police left 45 minutes later promising to send someone to fix the door.

Both H and A needed medical treatment. They also suffered psychological upset. 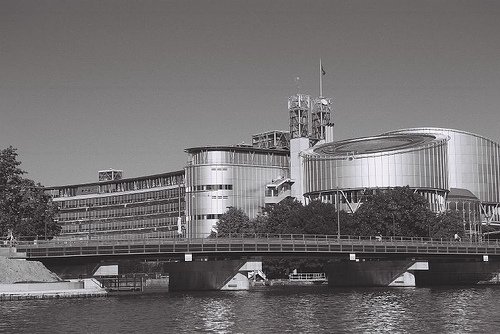 The European Court of Human Rights

The men instructed me as I am a solicitor who specialises in suing the police. They wanted:

I agreed to act as a no win no fee police claims solicitor in their police search warrant claims.

I claimed compensation for H and A relying on a breach of Article 8 of the ECHR, negligence, and trespass. It was obvious to me that, in addition to the negligent mistake and trespass of my clients’ home, there was also a Human Rights issue as the police failed to respect my client’s right to privacy, family life, and home.

The police disagreed, so I issued court proceedings. They later accepted trespass but denied everything else.

Amazingly, even though my clients had been assaulted by police officers, the police force said that there was no evidence of injury, and that the raid only lasted 20 minutes, not 45.

I obtained medical reports to prove the physical and psychological injuries and prepared the case for trial.

I kept the pressure on so that the police realised they must apologise and agree to settle my clients’ claims, or answer for their actions at court.

Importantly, they received an apology from the police and both men were satisfied that, even though their Human Rights had been breached in the raid, suing the police gave them a worthwhile remedy and that lessons had been learned.

Effect of the Declaration of Human Rights

Suing the police can be stressful and difficult, but sometimes it is a necessary step.

By taking proceedings, my clients H and A received justice and also helped the police fulfil their obligations under Article 2 of the Declaration which states:

‘Everyone is entitled to all the rights and freedoms set forth in this Declaration, without distinction of any kind…’

The Declaration of Human Rights is as relevant today as it was in the years immediately after World War II. Then, the international community was determined to avoid another devastating global conflict. Now, as H and A’s unfortunate experience shows, the abuse of power by agents of the State is something that must be kept in check.

The Declaration of Human Rights may be of pensionable age, but that’s no reason for it to be retired.

If you want help suing the police contact me, Kevin Donoghue, at Donoghue Solicitors, by completing the on-line form on our website or calling 0151 933 1474.