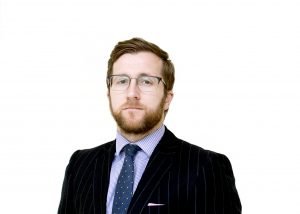 The world has woken up to systemic police abuse with George Floyd’s death.

As I’m sure you know, Mr Floyd, who lived in Minneapolis, USA, was killed by a police officer and helped by his colleagues. The video of his death quickly went viral and spurred a movement based around a controversial idea: defund the police.

Some right-wing commentators are using these calls to suggest that those who demand defunding simply want to:

This false narrative misses the point, and won’t wash in the UK. Here we have our own issues with how the police are currently funded and operate. Many of these factors are caused by years of Conservative government neglect. In effect, we have already defunded the police. So now what do we do?

How the Conservatives Defunded the Police

The Conservative Party likes to call itself “the party of law and order”. But is it? Consider these two contradictions:

These swingeing cuts resulted in 21,732 fewer rank-and-file police officers, or 15% of the total across 43 territorial forces. The “party of law and order” left the country with its lowest number of police officers since 1981.

This dramatic reduction coincided with other things which undermined the police’s role and capacity to fight crime. They included:

As a solicitor who specialises in civil actions against the police, I believe that defunding the police (together with other factors) has led to misconduct and avoidable errors, causing innocent people to suffer. For example, the police’s unjustified actions have resulted in:

My firm’s clients in the cases described above are all victims of improper police misconduct. They are not just statistics or political footballs: they are innocent members of the public who have been wronged by those tasked to protect them.

In 2019 Boris Johnson became Prime Minister on various pledges, including his own “law and order” campaign. In a move which could define the word “chutzpah” he promised to put 20,000 officers back on the streets, effectively reversing the policies of his own party which, by that point, had governed for nine years. The budget for this is around £500 million in the first year alone.

There is a better way to use that money: spend it on the things we really need.

The other side of the Tory austerity cuts was a de-funding of social care programs. Homelessness, mental health, drugs and alcohol support etc. all suffered as a result. Foodbanks like those in the Trussel Trust Network, were rare 10 years ago. They are now commonplace. Charities like Brunswick Youth and Community Centre have tried to plug community outreach gaps. Sadly, the work of these and other organisations isn’t enough.

And the strain on the police has grown as a result. The police help in times of mental health crises, domestic and social disputes, and countless other areas of public interaction. But police officers are not social workers. Few have qualified experience in managing these often-stressful situations. Inevitably, things go wrong.

The country would be better served if, instead of spending half a billion pounds to recruit 20,000 more police officers, we did the following:

As for the police, they would be freed up from dealing with much of their existing work. They could use their considerable current funding to fight crime instead. I am sure officers would rather do that. It’s what they signed up for, after all.

And if they must become involved in social issues, it is important that the police are fully trained and briefed. When I spoke at a Police Federation conference, I made the point that too many police service calls are treated as criminal justice matters rather than social/ medical/ mental health issues. Officers in the room agreed with me. Redressing this balance with training, understanding, and skill is crucial to the success of policing and its role in society.

This is only one aspect of a bigger picture:

all play a part.

But it’s a start. It would send a strong message to those seeking real change that the government is listening. After years of neglect, it’s the least it can do.