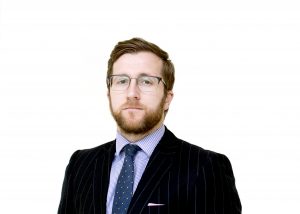 Kevin Donoghue, solicitor, represents “Maria” in her civil action against the Metropolitan Police.

(of a person or their behaviour) slightly dishonest, or not speaking the complete truth

This is a follow-on piece to the three-part blog post about my client “Maria’s” experience with the Metropolitan Police and Detective Chief Inspector James Mason. The previous posts are here:

DCI Mason was found guilty of eight allegations of Gross Misconduct by a Police Misconduct Disciplinary Panel following his serious breach of the police’s Standards of Professional Behaviour in dealings with my client.

(DCI Mason admitted six misconduct allegations before the Hearing. He fought two allegations at the Misconduct Hearing, which were then proven after the Panel heard my client’s evidence.)

Findings of gross misconduct can result in dismissal. But the Misconduct Panel decided that a lesser sanction of a final written warning, effective for three years, was enough.

As a result, DCI Mason is still serving with the Metropolitan Police.

Since the hearing, BBC Radio 4’s Today programme reported on my client’s case and interviewed her anonymously. You can listen to the whole piece here (at 2:32:16) or below:

(Temporary) Deputy Assistant Commissioner Bas Javid was interviewed immediately after my client in the piece.

He is one of the Metropolitan Police’s most senior officers, and a member of the Senior Management Team. (If the surname seems familiar it’s because Sajid, Bas Javid’s brother, is the current Health Secretary.)

In the Radio 4 Today interview, T/DAC Javid acted as the public face of the Metropolitan Police in his comments on my client’s case and the wider subject of abuse of authority for sexual gain by its officers.

If you listen to the interview, you will hear that Javid clearly knew the circumstances of DCI Mason’s misconduct and how the Met’s disciplinary hearing dealt with it.

Because of this, it is troubling how he sought to present the findings of gross misconduct and final written warning sanction against DCI Mason.

He (wrongly) described the gross misconduct finding and sanction as being made by “an independent and legally qualified chair” (at 2:37 in the recording above, or at 2:34:47 in the BBC Sounds link.):

The officer in question was subject to a gross misconduct investigation and a finding, and that finding was taken by an independent and legally qualified chair, and the officer was given a significant sanction of a final written warning that lasts for three years.

“A final written warning, one of three years, is a significant sanction and whilst it’s open to the Panel to dismiss people for anything they have to take it in proportion and that was what the independent and legally qualified chair decided to do.”

Why T/DAC Javid’s Comments Were Disingenuous

Javid’s comments were disingenuous because they suggest that responsibility for the decisions to:

fell on the “independent and legally qualified chair” not the Misconduct Panel as a whole.

You will see why that matters when you consider who was on the Panel and how it operated.

Differences Between the Hearing Outcome Notices

The Metropolitan Police’s Notice of Outcome of Police Misconduct Hearing on its website explains the facts of DCI Mason’s case, the reasoning for the decision, and the outcome.

But this public Notice is not the same as the one the police receive.

It is different to the official “Notice of Outcome of Police Misconduct Hearing” (on Form 3355B2) which is issued to those involved, including DCI Mason and the Met’s Professional Standards Directorate team.

(I received a copy because I represent “Maria” the victim of proven Gross Misconduct by DCI Mason, in her civil action against the police.)

Among other things, this official Outcome report has more information on the first page which:

The official Notice is even signed by the Panel members.

I expect T/DAC Javid read the signed, official Outcome report, instead of waiting for the redacted, publicly accessible version to be uploaded to the Met’s website.

If you have read my earlier blog posts, you will know that the Commissioner for the Metropolitan Police Service (through the Professional Standards Directorate) convened DCI Mason’s Misconduct Disciplinary Hearing. It appointed a Panel to decide the outcome.

The Panel was made up of three people, the usual number in these hearings. It included a senior officer from the Metropolitan Police. The Panel members were:

Mr McKay is a barrister at Cathedral Chambers who works as a Judge, Tribunal Chair and Tribunal Adviser.

Det Supt Darren Mercer keeps a low profile, but, as an Inspector, he received an award for leading “neighbourhood policing teams and local reorganisation at Mitcham and Morden, through a substantial period of change”.

Ms Bennett was the “lay-person” (a non-professional) Panel member.

The Role of the Chair in Police Misconduct Disciplinary Hearings

The Chair’s job is set out in The Police (Conduct) Regulations 2020:

29.—(1) The chair of the panel appointed under regulation 28 must take appropriate action to ensure the efficient and effective bringing of the proceedings and that they are conducted in a timely, fair and transparent manner.

The Chair leads the proceedings but must make decisions with these Regulations in mind.

The Panel’s Role in Findings of Gross Misconduct

Where a Panel is convened, the Regulations state that the Chair must give everyone on the Panel a say when deciding if gross misconduct is proven:

(a)they are satisfied on the balance of probabilities that this is the case, or

(b)the officer admits it is the case.

(17) At misconduct proceedings conducted by a panel, any decision must be based on a majority but must not indicate whether it was taken unanimously or by a majority.

Both versions of the Notice (the shorter one on the Met’s website and the restricted “Outcome” version) confirm it was the three-person Panel which found DCI Mason guilty of Gross Misconduct, and not just the “independent and legally qualified Chair” (as T/DAC Javid described Mr McKay). The Notice clearly states:

The Panel are in no doubt that his behaviour constituted Gross Misconduct.

And, after finding Gross Misconduct, the Panel, not just the Chair, decided the sanction. Again, it followed the 2020 Regulations by making a joint decision:

14) Where the question of disciplinary action is being considered, the person or persons considering it

(a)must have regard to the record of police service of the officer concerned as shown on the officer’s personal record;

(b)may receive evidence from any witness whose evidence would, in their opinion, assist them in determining the question, including evidence of mitigating circumstances disclosed prior to the hearing to

(iii)the appropriate authority or, as the case may be, the originating authority or the person appointed to represent such authority in accordance with regulation 8(5), and

an opportunity to make oral or written representations before any such question is determined, including on the appropriate level of disciplinary action, and

(d)where representations are received in relation to mitigating circumstances—

(i)must consider whether those circumstances have been mentioned at an earlier stage in the proceedings and, if they have not been so mentioned, whether the officer could reasonably have been expected to so mention them, and

(ii)in the light of their conclusions under paragraph (i), may determine that it is appropriate to place less weight on those circumstances.

We know that the Panel made the decision to give DCI Mason a final written warning as a group, rather than just Mr McKay alone. This is because the official Notices referenced “The Panel” rather than “the Chair” when reporting on the decision-making process. The Notices were clear about who was involved in deciding the sanction and clearly stated:

The Panel has concluded that a Final Written Warning for 3 years is the appropriate outcome.

As this write-up by a hearing observer notes, the Panel adjourned for two hours (or more) to consider the case in private.

We may never know how it came to its decision to give DCI Mason a Final Written Warning instead of ordering his dismissal. But it is possible (you may think probable) that Detective Superintendent Mercer lobbied for his colleague DCI Mason to keep his job despite damning evidence, which included my client’s testimony, at the two-day hearing.

It is wrong, and misleading, for T/DAC Javid, or anyone else, to put the gross misconduct findings and final written warning sanction solely on the shoulders of the Chair, Mr McKay.

Both the official (signed) Notice and website version state 39 times that decisions made at the hearing were made by a three-person Panel, which included a member of the Metropolitan Police.

The formal notice, which I expect T/DAC Javid saw, even has signatures from all three Panel members, including the Detective Superintendent.

It beggars belief that Javid would not have noticed that it was a Panel which made the decisions, not just the Chair.

I’ve talked about how the Metropolitan Police use spin when commenting on the news before. They are good at it, but that doesn’t make it right.

T/DAC Javid (and whoever advises him) may think that the public might be reassured thinking that an “independent and legally qualified chair” made the decision, instead of a Panel which included a fellow police officer.

But saying it, when he is easily proven wrong by a quick search on his Force’s own website, undermines public confidence in both:

That’s the last thing either of them need.

This was also a missed opportunity for the Met. Instead of defaulting to disingenuous spin and obfuscation, the Force could have sought to rebuild trust through transparency.

T/DAC Javid could have taken the opportunity to point out how the disciplinary and misconduct system works. He could have explained that one of the Panel members was a senior police officer in the same force as DCI Mason and that, despite this, the Panel still found that Mason was guilty of all eight allegations of misconduct.

Sadly, as I point out here, the Met enables and defends misogynists. Finding ways to protect them is just what it does, even when it comes at the expense of public trust.