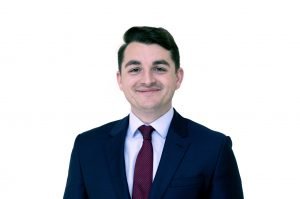 Daniel Fitzsimmons gives five reasons why the police fail in litigation in this blog post.

I recently wrote about how my client “Jane’s” case took 4 ½ years to settle, despite overwhelming evidence in her favour. The delay was caused by the police’s lawyers who denied, delayed, and mishandled the case from start to finish.

Jane suffered desperately as a result. At one point, she was admitted to a psychiatric ward after a medical expert appointed by the police treated her with contempt.

(You can read the full blog post here: Who holds police lawyers accountable?)

An important takeaway from that blog post is this: the police’s approach to litigation in civil actions against the police is flawed. Here are five ways how:

1. Their approach to litigation is bad for the police themselves

I put this first because I hope it will get the police’s attention.

I have over 15 years’ experience fighting for innocent victims of police misconduct. (Read about me here.)

During that time, I have found that police forces throughout England and Wales routinely deny liability without considering the facts first.

This knee-jerk reaction leads to unnecessary stress, delay, and expense when my clients’ claims settle or win at trial.

Senior officers (and police force lawyers) may think that this obstructive approach is a good thing. This is because it might:

But, in fact, this approach does the opposite. Why?

Because innocent victims of police misconduct, and their civil actions against the police lawyers, generally know when the police are in the wrong.

They, unlike the officers who claim to defend law and order, tend to know police misconduct when they see it.

As a result, the police’s unco-operative approach to litigation makes claimants more determined to fight for justice.

Something that police forces and their lawyers overlook is that, often, claimants don’t do it for themselves. Again, in my experience, they focus on the greater good. These innocent victims of unjustified police misconduct want the police to learn lessons so that others do not suffer as they have.

This admirable attitude can make claimants value an apology more than financial compensation. My client Jane was one such person.

By contrast, the police, who have a duty to serve the public, do not seem to consider the impact on claimants and their communities when they deny, delay, and avoid claims.

Instead, some in the police resort to insulting claimants (as my colleague, Kevin Donoghue, found when he attended a Police Federation conference.)

This obstructive approach also takes its toll on the individual officers involved. Many experience the stress of legal proceedings as well.

Depending on how far claims go, police officers may have to:

On top of that, senior judges and/or juries criticise officers publicly for proven misconduct. In some cases, this leads to career-ending disciplinary proceedings, and even criminal investigations. Is that what the police and their lawyers want?

2. It is unfair to claimants

Claimants are the lifeblood of our civil justice system. None of us, including the police themselves, get the benefit of judicial guidance, changes in police practice, and new legislation without them.

For these reasons, the police should have a positive attitude when claimants present their cases.

Instead, forces and their lawyers treat claimants like mosquitos: no better than nuisances they can swat away.

This adds to the already considerable strain most victims of police misconduct have suffered. It is not easy for claimants to:

This triple injustice is common. It undermines confidence in the police. Many of my clients tell me that they will never trust the police again. Instead, they live on tenterhooks, fearing a repeat of their experience.

And they have other issues to deal with too, like claim funding. The legal aid system is now virtually defunct, as this article in the Law Society Gazette points out. So, most claimants either self-fund litigation, or seek out one of the few “no win no fee” lawyers who has the experience, skill, and free capacity to take civil actions against the police.

Lawyers like me and my colleagues help as much as we can. But make no mistake: claimants don’t have it easy.

3. It puts unnecessary strain on the legal system

The British court system is the envy of the world. Often, litigants from other countries will bring cases here because of our legal system’s reputation for fairness and high standards.

But the court system does not exist in a vacuum. Successive government cuts have led to:

These policies have affected civil actions against the police more than most because it is one of the few areas of law where juries still hear trials instead of judges alone.

Jury trials are expensive, time-consuming, and hard to deal with for court staff. This frequently results in delays once cases get into the court system.

Some are unavoidable and caused by the civil courts themselves. Most are not.

Instead, the police’s lawyers use delaying tactics to try to wear down claimants. By doing this they hope to get claimants to abandon their claims, or settle out of court for less than their claims are worth.

But, as I mentioned above, in most cases delays by the police and their lawyers simply:

They also add to the considerable strain suffered by judges, support staff, and others working in the court system.

The police are publicly-funded with an eye-watering £13 BILLION budget in 2021. They won’t run out of money because of the way they handle civil claims.

But having almost unlimited funds does not justify their approach to litigation.

Instead, the police and their lawyers should treat public funds as if they foot the bill themselves.

If they did, they would be on the same footing as claimants, who are often responsible for their own legal costs (even on a “no win no fee” basis).

I know that many senior officers and police lawyers will be unimpressed by my comments.

If so, perhaps they will consider this: your approach is obsolete.

Judges, and your colleagues in the profession, know it and will deal with you accordingly.

As Professor Dominic Regan explains in this article, the court service must modernise to survive.

The Master of the Rolls, Sir Geoffrey Vos, plans to shake things up. As the most senior judge involved in civil justice, he has the power to do so.

Sir Vos sees a legal system where technology helps progress and settle disputes. He is looking at online systems and artificial intelligence (like that used by eBay).

This approach could radically change how the police, and their lawyers, operate.

For example, police forces will be prevented from defending cases unless they progress them using the court’s timetable. And court hearings, which often result in delays, will be rare.

Prof. Regan notes that “judges do not want to judge”. Instead, they want “matters to settle upon mutually acceptable terms.”

This means that coming to agreements using “alternative dispute resolution” will be the norm, not the exception.

I seek dispute resolution in every case. The police usually refuse.

In my experience, they agree only when embarrassed by brazen officer misconduct. This refusal to talk at “round table” meetings, and the police’s wider approach to litigation, will soon be a relic, as will the lawyers who use it.

How the Police Should Deal with Litigation

We all suffer because of the police’s handling of civil litigation claims. There is no excuse. It is a conscious decision to deny, delay, and fight claims.

And, as I have explained, there are real-world consequences for all involved, including the police and their lawyers.

It is unacceptable. But the police can start putting things right by:

In short: it’s time the police treated claimants and the litigation process with the respect they deserve.

Daniel Fitzsimmons is a Chartered Legal Executive who specialises in civil actions against the police.