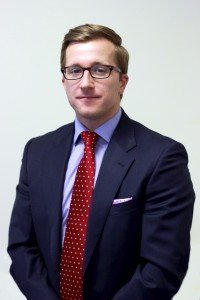 Yesterday, the Independent Police Complaints Commission (“IPCC”) published its Police Complaints Statistics for England and Wales Report for 2012-2013 and 2013-2014. (The IPCC is responsible for overseeing the system for handling complaints against the police.)

The report is grim reading. It shows that police complaints are at record levels, the system for dealing with them is broken, and that meddling politicians made things worse. Here I propose some practical solutions to improve things for the police, the IPCC, and the public.

The main points from the IPCC’s report, which you can read in full here, are:

In summary, the IPCC report shows that police complaints are increasing, that senior officers are quicker to dismiss them, and that the public is more dissatisfied with the police.

Nothing will change without action, so here’s a simple, five-point plan to cut police complaints:

i. Scrap the Police Reform and Social Responsibility Act (2011)

This Act, which came into effect on 22 November 2012, radically changed the police complaints procedure.

Now, except in very limited circumstances, if the complainant is dissatisfied with the outcome of the initial investigation, a “Chief Officer” in the same force will deal with the appeal unless the complaint itself is about a senior officer, it would justify criminal and/ or misconduct proceedings or a breach of rights under Article 2 or 3, or the complaint is referred to the IPCC.

The IPCC’s report shows how the police abuse this set up. As I note at point 8 above, the IPCC uphold more than twice as many appeals compared to chief officers (20% compared to 46%). Or, to put it another way, you have a reasonable 1 in 2 chance of a successful appeal to the IPCC, but a pathetic 1 in 5 chance with a Chief Officer.

With odds like that, it’s no wonder that people’s initial complaints are routinely dismissed before appeal. Chances are, the Chief Officer will agree.

Changing this system by taking Chief Officers out of the equation will help to put genuine independence back into the complaints process.

It is often said that “Not only must Justice be done; it must also be seen to be done.”

Allowing a police force’s PSD, or internal investigations unit, to investigate their own officers is a clear conflict of interest. By taking the complaints investigation process away from them and putting it in the hands of independent investigators from the IPCC:

The police and politicians may say this would increase costs and bureaucracy. Not so. If the PSDs are replaced with equivalent IPCC staff there would be no net increase. And finding these IPCC officers would be easy. Retiring police officers with good complaints records and a positive attitude to complaints could do the job, provided they didn’t investigate their own forces or officers they know.

The present system has no rewards or sanctions to deal with police complaints properly. Linking funding to (independently vetted) complaints targets means that Chief Constables will prioritise police complaints, and by extension improve the conduct of their officers, which ought to lead to fewer complaints and instances of police misconduct.

Chief Constables could extend this system to their staff, so that they consider a police officer’s complaints record when reviewing salaries or promotions. That way the officers with the best records would be rewarded, which in turn would lead to a wholesale improvement in standards as those officers get promoted and instill a positive attitude in their staff.

iv. Compulsory annual training for all police staff and officers on the law, conduct, and complaints

The IPCC report highlighted the main reasons for police complaints (see point 4 above). “Police neglect or failure of duty” is the most common cause for complaint. This can take many forms, including mistakes made due to ignorance of the law. In my practice I regularly help people who have been unlawfully arrested or otherwise suffered police misconduct because police officers don’t know the law, such as in breach of the peace cases. (I wrote a blog post to explain breach of the peace law to police officers a while ago. Despite this I still receive many enquiries from clients who have been unlawfully arrested for this offence.)

Training to maintain expertise is common among the professions. For example, solicitors undertake a minimum of 16 hours “continuing professional development” a year. By ensuring that all officers attend regularly updated training courses on the law, conduct, and complaints they would be better able to serve the public. Training should include “soft skills” like civility and politeness. This would help cut complaints about the police’s high-handed and arbitrary behaviour.

On Monday BBC Radio interviewed me about the IPCC’s report. You can hear it here:

The interview focused on the rights of people to complain and, where necessary, claim compensation, as often the two go together. I stressed that we must protect our fundamental rights, such as the right to liberty. But if the police abuse our rights we should have the right to complain and, if appropriate, seek justice in the courts.

I regularly hear from people who have complained to the police after mistreatment. Because solicitors do not get paid for dealing with police complaints, most people try to deal with the police direct. The police’s failure to treat them and their complaint properly often leads people to contact solicitors like me who specialise in actions against the police. In some circumstances, like in this case study, we discuss other options such as claiming compensation from the police and seeking a formal apology. Often, the police’s apology, which is free and could have been given before getting solicitors involved, is more valuable to my clients than the money.

After my interview, listeners heard from Deputy Chief Constable Veale of Wiltshire Police. He made some curious comments. The Deputy Chief Constable said that Wiltshire Police’s 23% increase in complaints was “anticipated” because they take an “overly cautious approach to recording complaints”. Despite the increase he said that they provide an “incredibly good” service. Surely, if they were doing such a good job, fewer people would have cause to complain so their complaints record would be better than the national average of 15%?

The Home Office reported that, as at 31 March 2013, there were 129,584 full-time equivalent police officers in the 43 forces of England and Wales. In organisations this large and complex culture change comes from the top. Senior police officers need to focus on the cause of police complaints not the symptom. If police officers act within the law and treat people with dignity and respect then the public have no cause for complaint.  Concentrating on this core principle will cut police complaints, compensation claims, and improve the public’s increasingly negative view of them.

You would think that this would be obvious. But instead of getting their own house in order the police blame innocent victims of police misconduct. (I recently wrote about why attacking the non-existent “compensation culture” in police claims is nothing more than misdirection designed to deflect attention from the failings of the police themselves.)

DCC Veale’s answers, coupled with Norfolk’s Chief Constable Phil Gormley’s repeated blame of the “compensation culture” in this BBC interview, suggest that police management need to switch their focus. Chief Constables and their Deputies must stop blaming the non-existent “compensation culture” bogeyman, or patting themselves on the back for setting up committees, while ignoring the obvious criticism in the IPCC report and avoiding real change to the way they operate. It helps no one, especially the police themselves.

Public dissatisfaction with the police is higher than ever. It’s time to cut police complaints by addressing the way the police conduct themselves both before and after a complaint is made.

I appreciate that these five ways to cut police complaints involve a lot of effort, not least from politicians and senior police officers who have a vested interest in things staying as they are. But we, as the taxpaying public who are subject to the police’s conduct, deserve better. Let’s see if we get it.

If you want to claim compensation against the police contact me on 08000 124 246 or via my firm’s website. If you liked this article please click below to tweet it.[ctt tweet=”Kevin Donoghue, solicitor, suggests 5 ways to cut #police complaints (source: @donoghuelaw): http://ctt.ec/QHf21+” coverup=”QHf21″]