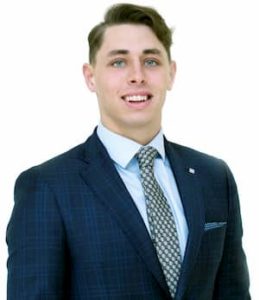 Jack Hudson looks at the likely effects of the Civil Liability Act.

I recently settled a claim for my client Greg Barber. (Greg has kindly given his permission for me to use his details.)

Mr Barber’s case highlights the positive impact of legal representation. This is something which many motorists will lose next year when the Civil Liability Act comes into force. Read on to find out how.

Greg was driving his car on the main road when another driver pulled out of a side road and hit it. Mr Barber suffered an injury to his neck and shoulder. At first, he thought it was “whiplash”. His car was also damaged. Both drivers exchanged details at the accident scene.

Greg instructed Donoghue Solicitors to help because we specialise in accident claims. I submitted his claim to the other driver’s insurers. They dealt with Greg’s car, leaving me to help with his personal injury compensation claim and other expenses.

I arranged for a medical expert to examine Greg. Because Mr Barber instructed Donoghue Solicitors, he did not have to go to the trouble of

The doctor gave Greg a thorough examination. He confirmed Greg’s “whiplash” diagnosis. But the medical expert was also concerned that Mr Barber might have suffered a neck bone break and recommended an MRI scan.

This was a very worrying time. Mr Barber was in pain and concerned that things could be made worse by the possible break. I arranged for Greg to have the MRI scan at a private hospital, again at no cost to him. Thankfully, the scan confirmed “no traumatic pathology”. (In layman’s terms, Greg had not broken his neck.) But he still needed physical therapy to help his whiplash symptoms.

Again, at no direct cost to him, I arranged for Greg to get ten sessions of private physiotherapy. This helped him recover from neck pain more quickly than if he had not had the treatment. It was good for Greg and the paying insurers.

Armed with this information I negotiated settlement of Greg’s claim. Using my specialist legal knowledge and expertise I helped him get £3,200 for his road accident claim. This was an excellent settlement based on the medical evidence. I also made sure that the insurers paid all associated expenses. These included the cost of the MRI scan and private physiotherapy.

Greg did not have to pay for my services up front as we acted under a “no win no fee” agreement.

How the Civil Liability Act Will Change Things for Motorists

The Civil Liability Act became law on 20 December 2018. (You can read it here.) Among other things it drastically changes the procedure for “whiplash” claims. The Act defines whiplash broadly, saying it is:

The expected start date of the new regime for motorists suffering whiplash injuries is April 2020. From then, injuries like this which last less than two years will be valued using a tariff system in most road traffic accident cases. The government has not published the tariff, so we do not know how it compares to the current system, which is based on the Judicial College Guidelines and established case law. Instead the Act says:

(2) The amount of damages for pain, suffering and loss of amenity payable in respect of the whiplash injury or injuries, taken together, is to be an amount specified in regulations made by the Lord Chancellor.

This is not very helpful. Draft figures suggest significant reductions in compensation awards.

Another effect of the Civil Liability Act is that legal costs will not be payable. This forces motorists to bring claims themselves unless they want to pay privately for expert help. Instead, motorists in eligible cases will submit details of their claims as “litigants in person” using an “online portal”.

It seems that the true purpose of the Civil Liability Act is to make it harder for claimants to seek compensation. If that point isn’t crystal clear, the Conservative government also plans to raise the small claims track limit in April 2020. The increase will apply to claims worth less than £5,000 in road traffic accidents, and £2,000 in other personal injury matters. This will prevent innocent claimants from recovering legal fees from their opponents in many other genuine cases.

What would happen to Greg’s claim after the Civil Liability Act came into force?

Greg Barber would have found things very different if he had his accident after April 2020, the expected start date of the new claims regime.

He would have to deal with everything himself unless he was willing and able to pay a solicitor (or claims manager) to deal with his claim.

As anyone who has ever dealt with government knows, things are rarely easy or trouble-free. The current online claims portal system lawyers use to help people bring compensation claims had a difficult birth. It was introduced in 2010 but was delayed for months. When it eventually started the portal had many difficulties. It still gives experienced lawyers headaches, especially when describing liability and causes of action in strict legal terms. (There can be serious consequences if you get it wrong.) There’s no reason to think that the new portal system will roll-out smoothly, or that it will be easy to use for the inexperienced. And it is likely that Greg would have to navigate Medco, which is a separate online system, to get his medical report.

The tariff system could be problematic too. As I mentioned above, it is focused on soft-tissue “whiplash” injuries. But what about investigations into Greg’s neck injury? At one point he thought he might have broken his neck. Thankfully, an MRI scan confirmed that wasn’t the case. But it was still worrying and needed to be investigated. The new system would allow for a medical examination. But without a lawyer fighting his corner Greg might have had his neck concerns dismissed by the doctor.

Also, the new Act is full of confusing language, especially when considering multiple injuries. If Greg had suffered more than just whiplash some, or all, of his claim may have been excluded from the Civil Liability Act system completely. (Legal experts are debating this.) But how would he know without reading and correctly interpreting the Act?

All these issues could come up before Mr Barber even tries to settle his claim. In Greg’s case it is likely that the tariff system would apply because his whiplash injury lasted less than two years. We don’t know the amount of compensation he would get but, on the draft figures, it could be as much as £2,000 less for the same injury.

If Greg disagreed with the tariff valuation and wanted to contest it, he would have to argue his case before a judge in court. He would probably come up against a qualified barrister or solicitor paid by the insurers. He may back down and accept the offer when he realises this, deciding that it’s just not worth it.

Confidence in the Legal System

Greg Barber was unfortunate to have been involved in a road traffic accident. But he was lucky it happened before the Civil Liability Act 2018 came into force. This meant he could get expert representation to

Motorists after April 2020 may not be so lucky.

Innocent motorists like Greg do not go looking for accidents. They are injured and suffer loss, inconvenience, and stress through no fault of their own. They want to be put in the pre-accident position. This is their legal right under centuries-old tort law. And yet insurers and the government have crafted the Civil Liability Act to unfairly penalise them.

Insurers won when this Act passed. They will save money on compensation and legal fees. But the real cost of the Civil Liability Act will not be measured in insurance company profits. It will be in the public’s lack of confidence in the legal system. Without expert representation many will be put off from bringing a claim in the first place. Those that do may be confused by the online claims system. And for the lucky few that navigate their way through it they may end up under-settling their claims and/or get left with the nagging feeling that they’ve been had.

The effect of the Civil Liability Act is to emphasise the “inequality of arms” and undermine the rule of law.

Contact Jack Hudson for help with your compensation claims here.