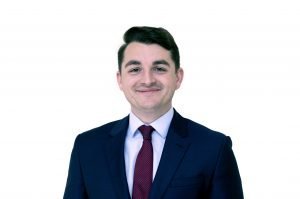 Daniel Fitzsimmons, a Chartered Legal Executive and specialist in civil actions against the police, explains why joint settlement meetings are a good idea for all parties to litigation.

I recently helped negotiate settlement in a civil action against the police. The case, which you can read about here, was unusual because it was settled during a Joint Settlement Meeting, a key part of alternative dispute resolution used in civil litigation.

What is a Joint Settlement Meeting?

A Joint Settlement Meeting (JSM for short) is a meeting between the parties to try to settle a compensation claim. JSMs are used in the alternative dispute resolution (ADR) of civil litigation claims to

Compensation claims often settle at these meetings because the parties (usually) meet in face-to-face discussions. And, to aid negotiations, settlement offers can be made on a “without prejudice” (off-the-record) basis.

What is Alternative Dispute Resolution (ADR)?

The Civil Procedure Rules promote ADR because “Litigation should be a last resort”. The Rules state that:

“the parties should consider whether negotiation or some other form of Alternative Dispute Resolution (“ADR”) might enable them to resolve their dispute without commencing proceedings.”

Both sides can seek to settle claims through ADR at any time. ADR includes:

Courts expect the parties to take the obligation to enter into ADR seriously. This is shown by the word “should” in the quote above. If the parties unreasonably refuse this requirement it:

“will be taken into account by the court when deciding who bears the costs of the proceedings.”

What is Special About Joint Settlement Meetings?

Formal joint settlement meetings are part of ADR. But they take place after court proceedings have started. They are usually (but not always) held face-to-face. The parties can also hold virtual Joint Settlement Meetings using video and/or telephone conferencing by agreement. I expect this will happen more given coronavirus (covid-19) concerns.

Usually, both claimant and defendant (or an authorised representative) meet at an agreed venue. They set up separate meeting rooms. The lawyers then meet in a “neutral” third room to discuss the case.

They shuttle between this room and their clients/ representatives as negotiations progress.

Both sides are expected to take part in good faith discussions to try to deal with the issues between them. They can put forward settlement offers about liability (responsibility) and quantum (claim value) at any time during Joint Settlement Meetings.

And in my experience as a specialist in civil actions against the police, seeing the whites of your opponents’ eyes can be invaluable in assessing the strengths and weaknesses of their case.

Meeting face-to-face also helps because, even if the parties do not settle the claim that day, narrowing the issues can result in settlement later.

Why the Police Avoid ADR and JSMs

It is no wonder that the drafters of the Civil Procedure Rules encourage both sides to use ADR and JSMs. But the police seem reluctant to use them, despite the carrot-and-stick incentives. Why? I can think of three reasons. They:

There are more, no doubt.

But each one of these excuses to avoid joint settlement meetings and/or ADR can be challenged:

I should give credit where it is due. As I mentioned earlier, our client’s case was settled because the police sensibly agreed to a joint settlement meeting where we could resolve his claim. This saved a lot of time, money, and stress. But this approach should be the norm, not the exception. ADR and JSMs work for everybody and I encourage the police to use them.

Daniel Fitzsimmons is a Chartered Legal Executive who specialises in civil actions against the police throughout England and Wales. Contact him here.