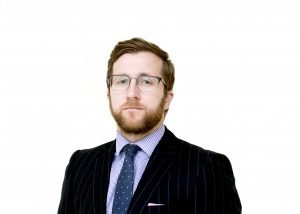 The first news item is this:

At this year’s Police Federation annual conference Home Secretary Priti Patel announced that approximately 8,900 special constables (who despite their title of “constable” are actually unpaid, amateur volunteers) will be authorised to use Taser weapons.

At the time, I warned that this potentially dangerous plan will impact the public and these amateurs in ways they may not have anticipated. (Read: How Special Constables Can Take a Stand on Tasers.)

The second story is a report by Fiona Hamilton in The Times. It revealed that police officers are being recruited without face-to-face interviews.

Ms Hamilton describes how at least six forces, including Hampshire Constabulary, Avon and Somerset Police, and West Midlands Police, have removed the requirement for in-person interviews. (Interestingly, Thames Valley Police sent a notice to recruits that they would not have these meetings, but claimed it was sent “in error” after being questioned by The Times.)

A Twitter user who goes by the name “Yorkshireploddin” backed up The Times report, saying:

My recruitment consisted of an online application and online assessment centre (candidate films answers). No interview. The first humans I saw were at biometrics and fitness by which point I’d already been offered a place. The next real person was on day 1 of training.

My recruitment consisted of an online application and online assessment centre (candidate films answers). No interview. The first humans I saw were at biometrics and fitness by which point I’d already been offered a place. The next real person was on day 1 of training.

Same for all 70 on my cohort. Not unique to our force either as far as I’m aware. System is a mess!

Same for all 70 on my cohort. Not unique to our force either as far as I’m aware. System is a mess!

So what do these two things have in common, and why does it matter?

The answer is that they increase the potential for unsuitable candidates, including Taser-trained special constables, to become full-time police officers.

A likely consequence of the government’s new Taser policy will be that special constables become more attractive to force recruiters if they seek to become full-time “regulars”. Recruiters will, no doubt, be impressed by specials who have undergone the (minimal) training required to carry the weapons.

There is considerable pressure on police force recruiters to help special constables make the shift from volunteers to regulars.

This is because, in 2019, the government pledged to recruit 20,000 new police officers by next year to replace the ones lost since 2010. The Conservative government billed the recruitment drive as “the biggest in decades”.

Why Policing is an Unattractive Profession

By January 2022 the police had recruited 11,053 additional officers. The government claims it is “on track” to meet its 20,000-recruit target but I am sceptical that it will succeed, even with the lax vetting revealed in The Times.

After all, the Home Secretary made the 20,000-recruit promise before three things which made police work less attractive:

This lack of confidence in the police is not surprising given a catalogue of damning media reports which eventually led to the removal of the Met’s Commissioner, Cressida Dick. Scandals include the kidnap, rape, and murder, of Sarah Everard by then-serving Metropolitan Police officer Wayne Couzens.

Sadly, it is unlikely that Dick’s exit will result in rapid change in the Met or its public perception. Despite what the police want you to believe, it’s not the occasional “bad apple”: it’s a rotten orchard. The issues raised are institutional, not personal. According to then HM Chief Inspector of Constabulary Sir Tom Winsor, Couzens was known by some officers as “the rapist” who “also had allegedly a reputation in terms of drug abuse, extreme pornography and other offences of this kind”. Despite this, Couzens continued to serve as a member of the Metropolitan Police’s elite Parliamentary and Diplomatic Protection Command. And an example of the way some police officers think and behave is that, even after Wayne Couzens had pleaded guilty, colleagues still spoke supportively in his favour.

Consequences for the Public

While the issues I describe might put off many people from joining the police, they help make policing more attractive to others. Those for whom a police uniform affords an opportunity to exert force and authority can exploit the police’s haste to recruit using lax vetting procedures.

Police officer vetting currently includes a criminal records check, review of social media accounts, and a physical fitness test. Thanks to Priti Patel’s announcement, Taser-trained special constables will be likely to get an extra leg-up. Having weapons training (and possibly even real-world experience) might even help these candidates gloss over unsavoury or problematic things which come up during vetting.

This could result in more full-time police officers unlawfully using Tasers, pepper spray, spit hoods, batons and other weapons on innocent members of the public. Officers like:

Every police force in England and Wales will be aware of this risk. And yet, driven by government targets, many will ignore it by failing to do the most basic thing: meeting recruits.

As Andy Cook, Her Majesty’s Chief Inspector of Constabulary, said:

“it doesn’t seem right to me that we can recruit police officers in that way, for what is a responsible position.”

We have a right to know that police officers, who serve only by the consent and confidence of the public, are properly vetted and trained. Removing the requirement for face-to-face interviews increases the risk that unsuitable recruits will find their way in. Given the life-threatening risks of Tasers, which were sadly highlighted in another tragic news story this weekend, it is more important than ever that police recruiting is done properly and thoroughly.

Solicitor Kevin Donoghue specialises in civil actions against the police.