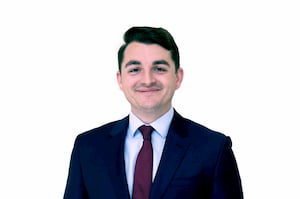 In the past couple of weeks, I have taken on three new clients who want to pursue actions against the police after a mistaken identity arrest. All three men have suffered mentally and physically due to the incompetence of the police. This is why I believe they should be compensated.

Mr. L called me following his arrest at an airport. He was with a group of friends waiting to fly out to Spain on holiday when, while at the gate, he was arrested by police officers on suspicion of domestic violence against a Miss G. Mr L told the police he did not know Miss G and denied the allegation. He was arrested and taken to a local police station for interview anyway.

After being processed and having his fingerprints and DNA taken, Mr L was detained for six hours until the police were ready to interview him.

While in the interview the interviewing officers asked him if his name was Mr W (same first name, different last name).

Mr L confirmed his name and, realising their mistake, the police eventually released Mr L without charge more than an hour later.

Unsurprisingly, he missed his flight and part of his holiday. He had to buy another ticket and join his friends the next day. The rest of his holiday was ruined because he was worried that he would be arrested again on his return. He was angry and upset that the police’s incompetence caused him to suffer stress, upset, and financial loss.

A woman reported domestic abuse (actual bodily harm) to the police. She gave them the names of two ex-boyfriends, one of whom was my client. Both men were apparently of Nigerian descent but the woman told the police that her abuser was the other man.

Despite this clear instruction, the police mistakenly arrested my client at home, took him to a police station, and kept him in custody for five hours before eventually releasing him without charge.

My client, a respectable middle-aged civil servant, was leaving home to go to work in his car when three police cars arrived at speed and blocked him in.

Police officers jumped out and screamed at my client to get out of his own car. He did as he was told. The police grabbed and searched him and told him he was being arrested for the serious and upsetting offences of rape of a child under 13, slavery, and assault of a minor.

Naturally, my client was shocked and confused. He thought it was a practical joke and told the police they were mistaken and had the wrong person but they ignored him. He was bundled into the back of a police car and taken to a nearby station.

After being processed, fingerprints and DNA taken, and held for over 12 hours my client was eventually interviewed.

During the interview my client confirmed that he did not know the complainant and had never lived in the area where she said she was held. He insisted that they had the wrong person and that he could easily prove it. Despite this the police continued with their upsetting and intrusive questioning.

Again, following interview, the police confirmed that this was another case of mistaken identity arrest.

He too was released without charge.

My clients were deprived of their liberty so have potential compensation claims for unlawful (or wrongful) arrest, false imprisonment, and personal injury assault/ psychological damage. There may also be claims for trespass and breach of the Human Rights Act.

But are they entitled to compensation? To answer that we have to consider the law going back to the Magna Carta (1215) which says:

No free man shall be seized or imprisoned, or stripped of his rights or possessions, or outlawed or exiled, or deprived of his standing in any other way, nor will we proceed with force against him, or send others to do so, except by the lawful judgement of his equals or by the law of the land.

False imprisonment is the cornerstone of their claims and is defined as the “Complete deprivation of liberty for any time, however short, without lawful cause.”

It is established on proof of:

Once the claimant (victim) has proven that he or she was imprisoned the defendant (police officer) has to justify it. (see Hicks v Faulkner 1881).

Because every imprisonment is prima facie (on its face) unlawful, this is one of the rare situations in civil law where the burden of proof shifts from the claimant to the defendant.

Police prove the lawfulness of an arrest by relying on a warrant (here’s more information on police warrant claims) or, if they don’t have one, applying s.24(2) and (3) of the Police and Criminal Evidence Act (1984) (as amended).

(3) If an offence has been committed, a constable may arrest without a warrant—

(a)anyone who is guilty of the offence;

(b)anyone whom he has reasonable grounds for suspecting to be guilty of it.

There are other conditions which must be met before arrest, such as also having reasonable grounds for believing that it is necessary to arrest.

But what are “reasonable grounds for suspecting”? The former Master of the Rolls and Lord Chief Justice, Lord Woolf, set down a two-stage test in Castorina v Chief Constable of Surrey (1988):

If my clients’ cases get that far, the trial judge(s) will be asked to consider each question in turn. Both limbs must be satisfied to justify arrest.

Public policy leans heavily in favour of the police to encourage them to get on with the job of policing effectively. As a result, the threshold for an arresting officer to justify reasonable suspicion for arrest is low. But in the cases I describe above I am confident that these mistaken identity arrests cannot be justified.

This is because even though the arresting officer might say that he personally suspected my client of guilt (Question 1: known as “the subjective test)”, the court must also be satisfied as to the reasonableness of the officer’s assumption from an outsider’s point of view (Question 2: known as “the objective test”).

So, in the case of Client 1, when my client explained to the arresting officer that he was not the person they were looking for, and that he did not know his accuser, this ought to have put doubt into the arresting officer’s mind. The officer failed to resolve this before arrest, which he could have easily done by checking my client’s passport (which he was holding as he was about to board a plane).

In my opinion, this means that the officer did not have an objectively reasonable suspicion which makes the arrest unlawful, and means that my client is entitled to compensation and, if necessary, an apology.

In short, arresting officers have to use their brains. Despite police-friendly public policy, our 800-year old right to liberty trumps their right to investigate and suppress crime without consequences.

If you have a mistaken identity arrest case call me, Daniel Fitzsimmons, on 0151 933 1474 or complete the online form on this page.