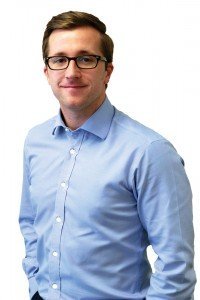 By Kevin Donoghue, Solicitor
Yesterday the Metropolitan Police confirmed that they will trial the use of body camera technology with 500 front line officers based in 10 London boroughs, starting with Camden.

This follows successful trials of the equipment, which records what the officer sees and hears, in Devon & Cornwall and Bedfordshire.

If successful, the year-long trial will be extended further. It is anticipated that 10,000-20,000 Metropolitan Police officers could eventually use it.

Other forces are watching with interest and are expected to adopt body cameras if the test is successful.

Speaking to the BBC, the Metropolitan Police Commissioner, Sir Bernard Hogan-Howe, praised the introduction of the cameras, stating that they would help both in the fight against crime and to ‘hold us to account’.

It is expected that the body cameras will only be used when the police respond to incidents and during stop & search operations, rather than during day-to-day interactions. The Commissioner says this is because leaving the cameras on all the time would be ‘too intrusive’. To deal with the risk that vital evidence may be missed, every body camera will have a 30 second ‘buffer’ built in (where they are constantly pre-recording) so that when an officer turns the camera on, footage for half a minute beforehand is also included.

The limited use of body cameras was supported in a radio interview by Rachel Tuffin, the Head of Research, Analysis and Information at the College of Policing, who said that there are issues about data storage. The Met also plan to keep the footage for only 31 days (unless requested to keep it in evidence).

To counter suspicions that officers would deliberately not turn their body cameras on, the Metropolitan Police Commissioner said that ‘if that happens we will challenge them about it… and take action appropriately’.

He anticipated that in ’90 odd percent of the time’ body cameras would be used by the police officers when responding to incidents.

But is this good enough?

Why Wearing a Body Camera Puts Police on ‘Best Behaviour’

A year-long study of body cameras worn by the police in Rialto, Southern California, found that complaints against police officers dropped by about 88% and crucially, the use of force fell by 60%.

Because in the words of Corporal Gary Cunningham, “it has changed my behaviour and makes me more aware that someone’s watching”.

Significantly, in the Rialto study the officers were told to systematically record every interaction they had with the public. They were not, as with the Metropolitan Police, given a judgement call to make about whether an interaction with someone was routine or something more serious. As a result, they were used to doing everything ‘by the book’, leading to the dramatic reductions in complaints and use of force. 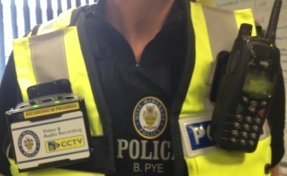 Weak Arguments Against Body Camera Use

The Rialto study showed that filming every interaction worked. I disagree with Sir Bernard Hogan-Howe’s suggestion that the use of a body camera may be too intrusive given the obvious benefits in the fight against crime and dealing with police misconduct.

While I acknowledge that there may be privacy concerns, the Metropolitan Police have missed an opportunity by giving their officers the option of turning off body cameras during certain interactions with the public.

What happens when a seemingly innocent situation turns into something more? Without the requirement that body cameras must be used every time when dealing with the public, police officers may not turn on the equipment until it is too late, if at all, so crucial evidence of criminal wrongdoing could be missed. The 30-second ‘buffer’ will probably not be enough in many situations.

Also, if the cameras can be deliberately turned off when police officers abuse their powers, evidence of police misconduct will not be recorded. This would not be good for the Metropolitan Police, who may mistakenly defend a ‘rotten apple’ police officer in an expensive compensation claim.

And it is likely that if a member of the public complains about a police officer’s conduct and finds out that the body camera was not used, the lack of video evidence may be considered deliberate and sinister.

I also disagree with the suggestion by Rachel Tuffin that there are issues about data storage. I find this especially hard to believe. If the world’s video can be stored on youtube, why can’t the police access similar servers?

And, the Metropolitan Police’s plan to keep the footage for only 31 days (unless requested to keep it in evidence) is also questionable.

This time period is identical to that for police-held CCTV footage. Very often I am approached by people who have suffered as a result of police misconduct after 31 days have passed since the incident. They ask me to get the police’s CCTV footage to help claim compensation or make a police complaint. By the time they get in touch vital footage is often deleted.

I suggest that body camera footage be kept for 12 months. It would help clarify incidents, result in quicker resolutions, and save considerable costs dealing with complaints and police misconduct claims. As the footage is stored ‘in the cloud’ this should not cause a problem for the data server holders who can simply delete it after 12 months instead.

The Metropolitan Police are adamant that the body camera tests are intended to find out “how to do it, not whether to do it”. As a solicitor who specialises in actions against the police, I recommend that, for the sake of his own officers as well as the public, the Commissioner immediately change his policy to make sure that body cameras are used during every interaction with the public, and that the footage is kept for twelve months and not one.

If you want a solicitor who will help you to sue the police contact me, Kevin Donoghue, on 0151 933 1474 or via my firm’s website www.donoghue-solicitors.co.uk