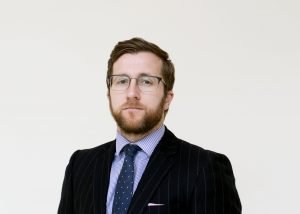 Kevin Donoghue discusses how the police defend human error and how to handle their arguments.

The police fought my clients’ cases by arguing that they have legal protections from civil claims when investigating and suppressing crime. In effect, they are different to you and me in that, they say, the police cannot be held accountable for their actions.

But that argument doesn’t wash. This is why.

1. The case of the missing children

“Carla” (name changed) lives in Kent. She is unmarried and does not have children.

Carla called the police to report a man who was harassing her. The police called round to take a statement. They checked Carla’s details and found that, according to the Police National Computer, there was a court warrant out for her arrest. It said that she was wanted in Grimsby, Lincolnshire for failing to make sure her children attended school.

This was news to Carla, and clearly wrong for two reasons:

Carla pointed this out to the police, who, it should be remembered, she called to report a crime. (Would a wanted person do that?)

The police had options at this point. They could have taken sensible actions like:

But they did none of these things. Instead the police officers simply arrested Carla and took her to the local station.

Eventually, the officers confirmed that Carla was telling the truth and let her go.

She approached me for legal help because I specialise in civil actions against the police, as you can see from some of our case reports. With my help, Carla recovered

2. The case of the disqualified driver

A court wrongly disqualified “Paul” (name changed) from driving. He did not know about the court hearing beforehand.

Paul successfully appealed the ruling as soon as he found out. Despite having his licence re-instated, the police arrested and detained Paul two weeks later for driving while disqualified.

He approached me for help. I found out that the PNC record had not been updated to show the error. The police acted upon the mistaken PNC entry, despite my client’s insistence at time of arrest that it was incorrect.

Again, with my help, Paul recovered £5,000 compensation and his legal costs. He also got confirmation that the PNC record had been updated.

These cases have three things in common:

The problems begin for the police when the Police National Computer is inaccurate. In Carla’s case, the errors related to other people who had no connection with my clients.

The court (in Carla’s case) made human errors which brought unsuspecting, and entirely innocent, people into the police’s orbit with disastrous consequences.

In Paul’s case, the failure to update his record was something which, sadly, happens all too often. The court service is severely stretched. Things get missed by staff tasked with updating records. But this is a vital part of the court staff’s work and not something which should be skipped.

There are two police actors here:

The arresting officers failed to apply the law and their training. As our false imprisonment claims explained page shows, these cases are unusual in that the burden of proof falls on the police once unlawful detention is shown. It is the police’s job to show that they had the lawful authority to detain. A court can find the police liable for false imprisonment if they did not.

The police usually argue that they were carrying out a lawful arrest. To do that, the arresting officer must have an honest and reasonable suspicion that the arrested person was involved in the commission of a criminal offence.

The police officer must also show that:

These rules mean that the arresting officer (and, by extension his/ her boss, the Chief Constable of the police force involved) must exercise some independent thought before arrest. While the law gives the police the benefit of the doubt, it does not give them absolute protection.

In these cases the police did not investigate a clearly expressed and genuine alibi before arrest. This, and other breaches of the law, resulted in my clients receiving damages for false imprisonment.

The role of custody officers at police stations also deserves scrutiny. As I explain here, even if arrest and detention is lawful initially, it can become unlawful later, giving rise to claims for false imprisonment.

Custody officers have a duty to investigate if there is enough evidence to justify a charge when they receive an arrested person at the station. If not, they must release the detainee (with or without bail).

Again, the custody officers could have done more to investigate the alibis presented and/ or shorten the period of detention.

3. Denial of Liability Based on Misunderstanding

The defendant police forces argued that they were not liable for my client’s compensation claims. They claimed that they have broad “immunity from suit” from negligence claims. As you can read on this page about the law in civil actions against the police, the law is well-established and helps the police make that argument.

But here’s the police’s problem: civil actions against the police involve more than just negligence claims.

As you can see on the page I linked to above, breaches occur in many different areas of statutory and common law. These include:

The statutory laws (which Parliament makes) matter because they often include legal protections for victims which go beyond negligence.

Knowing this, I successfully argued that:

As a result, the police’s negligence arguments were irrelevant, and my clients received the compensation they deserved.

And, importantly, my clients relied on their rights to rectification and erasure to get the Police National Computer records updated to show that they were no longer wanted.

Some might argue that Parliament has gone too far by eroding the police’s protection from civil compensation claims in negligence.

I disagree. The statutory protections in the laws above mean that the public can hold the police accountable for their actions. Now the police must think before arresting someone and causing them upset, distress, inconvenience, and serious loss. If these laws result in fewer people suffering the consequences of unlawful arrests and avoidable police human errors, then Parliament has done its job.

Kevin Donoghue is the solicitor director of Donoghue Solicitors, an award-winning law firm which represents claimants in their civil actions against the police. Contact him here.