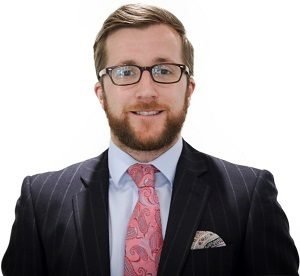 Solicitor Kevin Donoghue considers the impact of the new guidance on outcomes in police misconduct proceedings.

The College, which issued the guidance, describes itself as “the professional body for everyone who works for the police service in England and Wales. Our purpose is to provide those working in policing with the skills and knowledge necessary to prevent crime, protect the public and secure public trust.”

But it warns that it “does not override the discretion of the person presiding over the proceedings and it cannot and should not prescribe the outcome.” It also says that even though, “The guidance is there to assist those presiding over misconduct proceedings, they are not required to use it.“

So what’s the point? The College says that it is there to “assist ensuring consistency in decision making.”

If so, then it could help promote fairness to both police and public, accountability, and transparency. Such guidance is long overdue. Because, as, one of my client’s cases shows, decisions in police misconduct proceedings can be curiously lenient to say the least.

Recently, my client “Peter” settled his compensation claim against Northamptonshire Police for £10,000 plus legal costs.

Peter and his partner were separated. She had the children. One evening Peter was home in his flat when his partner called. She told Peter that she did not like him and he would never see his children again. He was upset and got drunk to numb his feelings. The neighbour in the flat below called the police, saying that she heard crying and banging.

Two officers, a female police constable (PC C) and male special constable (SPC Y), were sent to investigate. The call was logged as ‘a person threatening to commit suicide’. (Peter denied he wanted to do this.) Paramedics also attended with an ambulance.

The female police officer, PC C, was wearing a body worn video camera. It filmed some of what happened. PC C talked to Peter, who said he did not want their help or to go to hospital.

The officers ignored Peter’s wishes and tried to get him to his feet. They banged his head on a wall and pushed him against it. They handcuffed Peter to the rear, telling him this was “for his own safety”.

The officers walked Peter out of his flat onto a communal landing area above a stairwell. They started walking down the stairs. The handcuffs hurt. They were too tight, and Peter begged the police to remove them. He got upset and raised his voice when they ignored him. SPC Y told Peter to stop shouting or “I will drag you down”.

Peter, who was still drunk, said, “Do it. Do it.” The special constable said, “O.K.” and pulled Peter forwards. Peter fell face first down six stairs. The handcuffs prevented him breaking his fall. Peter smashed his face and right shoulder against the wall and floor at the bottom of the stairs.

He screamed in pain. SPC Y aggressively shouted, “Get up!”. Peter thought the police officer might assault him again, so he kneed the special constable in the groin.

The police dragged Peter to his feet and SPC Y put him in a headlock. They took him to the ambulance and SPC Y told Peter that he is under arrest for assaulting a police officer.

SPC Y put leg straps on Peter. These, with the handcuffs, made Peter completely immobile and vulnerable.

But SPC Y goaded him, asking Peter “How many of us would you like to come down and sit on yer?”

The paramedics took Peter to hospital. Blood tests confirmed Peter had not taken any medication. As he had said, he did not attempt suicide.

The police took Peter to Brackmills Criminal Justice Centre. An officer interviewed Peter and put the “assault PC” allegation to him. Peter denied he was responsible and said again that SPC Y threw him down the stairs.

The police released Peter after 17 hours saying they would take “no further action”.

Peter filed a complaint against the police and an investigator took a statement from him. Investigators also took statements from PC C and SPC Y, and interviewed them both under caution. PC C described the actions of SPC Y- of pulling Peter down the stairs- as being “incorrect” and “excessive”.

But despite this SPC Y denied any wrongdoing. Even though PC C’s body worn video showed what had happened, he denied dragging Peter down the stairs. He said that he had merely pulled Peter closer to him to take him down the stairs. And he blamed Peter for his fall, saying that Peter dropped his weight on his legs and fell down.

SPC Y was unrepentant. He maintained that his actions were reasonable, lawful, and necessary.

Despite this, he was accused of alleged gross misconduct. After a misconduct hearing SPC Y received “final written warnings” in respect of three proven misconduct charges:

Was that the right decision? Consider the “Guidance on outcomes in police misconduct proceedings” and make your own mind up.

What is police misconduct?

The “Guidance on outcomes in police misconduct proceedings” says that:

Misconduct is generally defined as unacceptable or improper behaviour and for police officers will involve a breach of the Standards of Professional Behaviour set out in Schedule 2 to the Conduct Regulations.

Under Regulation 3(1) of the Conduct Regulations:

It might surprise you to find out that “misconduct proceedings are not designed to punish police officers” (point 2.10). Instead, maintaining public confidence is key. As Lord Carswell stated in R (Green) v Police Complaints Authority:

“Public confidence in the police is a factor of great importance in the maintenance of law and order in the manner which we regard as appropriate in our polity. If citizens feel that improper behaviour on the part of police officers is left unchecked and they are not held accountable for it in a suitable manner, that confidence will be eroded.”

On this basis, the guidance states that the police misconduct regime should:

There is a three-stage test for adjudicators considering police misconduct. They must:

The panel should assess seriousness by considering:

Culpability denotes the officer’s blameworthiness or responsibility for their actions. The more culpable or blameworthy the behaviour in question, the more serious the misconduct and the more severe the likely outcome.

Conduct which is intentional, deliberate, targeted or planned will generally be more culpable than conduct which has unintended consequences, although the consequences of an officer’s actions will be relevant to the harm caused.

Consider SPC Y’s conduct in the light of this guidance.

SPC Y had no power in law to arrest Peter. This is because he had no honest belief that Peter was guilty of the offence for which he was arrested. He deprived Peter of his liberty without legal cause. False imprisonment is a serious matter.

Also, the special constable deliberately (or recklessly) assaulted Peter. SPC Y then tormented Peter, abusing his position of authority and humiliating his victim. After that SPC Y tried to avoid responsibility for his actions, blaming Peter for his fall. He refused to apologise or accept blame, even in the face of criticism from his colleague PC C and her body worn video evidence.

There is no doubt in my mind that SPC Y was responsible for his actions. This should have put him in the “more severe” category of likely outcomes.

Moving on to the harm caused by the misconduct, the guidance lists physical injury and loss of liberty as types of harm (at 4.57). It notes that “harm will likely undermine public confidence in policing.” And urges adjudicators to “always take seriously misconduct which undermines discipline and good order within the police service…”

SPC Y appeared to be out of control when he assaulted Peter. Even after the initial assault, he failed to regain his composure. He put Peter in a headlock, applied leg straps, and goaded him. Taken together, these physical assaults and false imprisonment amounted to harm likely to “undermine public confidence in policing.”

The guidance describes aggravating factors in police misconduct proceedings as “those tending to worsen the circumstances of the case, either in relation to the officer’s culpability or the harm caused.”

Relevant factors which show a higher level of culpability or harm include:

SPC Y abused his position of authority as a police officer. He deliberately and repeatedly assaulted an intoxicated, and vulnerable, victim. He then tried to deflect blame, and refused to apologise for his wrongdoing. All this suggests a higher level of culpability and harm to the victim.

The guidance says “Mitigating factors are those tending to reduce the seriousness of the misconduct.”

We don’t know what SPC Y raised in mitigation during his misconduct hearing. Relevant factors may have included:

Applying the guidance on outcomes in police misconduct proceedings

SPC Y’s conduct was considered serious enough to be dealt with at a misconduct hearing. The available sanctions were:

The guidance emphasises the need to “Consider less severe outcomes before more severe outcomes” and the misconduct panel stopped short of dismissal. It issued final written warnings instead. Why? When you consider the seriousness of his misconduct and the College of Policing guidance it strikes me that SPC Y got off lightly.

Peter and I both share concerns that this sends the wrong message to SPC Y and his colleagues. In effect, you’ll get away with it, even with body worn video evidence proving police misconduct.

The College of Policing says it hopes “The introduction of the guidance will mean there is increased fairness and proportionality in cases which is important for officers and public confidence in the hearings.”

If the way SPC Y’s misconduct was dealt with is anything to go by, it is long overdue.

Kevin Donoghue is a solicitor and specialist in police misconduct compensation claims.