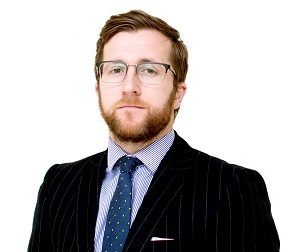 As a solicitor who deals with breach of the peace (UK) claims, I am worried by the police’s apparent lack of knowledge of the law.

Despite the law in UK breach of the peace cases being straightforward and well-established, it is often abused or misinterpreted by the arresting police officers.

So, I am using this blog post to help the police, and their trainers, understand the law.

Breach of the Peace UK Definition

The law in breach of the peace UK cases is well established, and should be known by all ‘bobbies on the beat’.

The leading authority is the Court of Appeal case of R v Howell (1982), which you can read by clicking on the link.

Howell shows the legal elements of this ‘common law’ offence.

Unlike ‘statutory offences’ which are passed in Parliament, breach of the peace law has developed over years of cases passing through the courts.

Howell brought the legal authorities together.

The definition of breach of the peace used in that UK case is that the behaviour of the person involved caused the police officer (or private citizen) to believe that:

The R v Howell case also confirmed that the police (or a private citizen) have the power to arrest without a warrant where:

So, provided the police follow the straightforward guidance in Howell, they ought to be able to justify arrests for breach of the peace.

But, as the examples below prove, when the arresting officers don’t follow the law about breach of the peace in the UK they leave themselves open to compensation claims for wrongful arrest, false imprisonment, and assault, among other things.

(I am a practising solicitor in England & Wales so my breach of the peace cases and the laws I refer to relate to those geographical areas in the UK only.)

Miss B received substantial compensation and full legal costs after an unlawful arrest and detention for breach of the peace.

You can read the full case report of her breach of the peace UK claim by clicking on the link.

Miss B is a ‘night owl’. After a neighbour called the police in the early hours of the morning complaining of a disturbance, they went into her home and arrested her for a breach of the peace.

She was taken to a local police station, booked in, given a ‘safety gown’, and kept for 10 hours before being taken to the Magistrates Court.

At court she denied a breach of the peace. Later, the Crown Prosecution Service dropped the case.

She was referred to Donoghue Solicitors by her criminal solicitors as we specialise in actions against the police.

Applying the law in Howell, it was obvious to me that Miss B was innocent of the criminal charge of breach of the peace. The elements of the offence, which I outline above, did not exist.

So, I agreed to represent Miss B in her claim against the police on a ‘no win no fee’ basis and submitted a claim for false imprisonment, trespass, and police assault.

As well as basic damages, I claimed aggravated and exemplary damages to punish the police for their arbitrary and unconstitutional behaviour.

The police fought the claim so I had to issue court proceedings and prepare for trial.

But after discussions with their solicitors in which I pointed out the lack of legal authority for the arrest, I persuaded the police’s solicitors that the arresting officers had failed to apply the law and settled Miss B’s claim out of court.

I have just settled Mr Wilson’s claim. (He has agreed to me providing his full name and details.)

Mr Wilson was arrested for a breach of the peace by a Police Sergeant and held by the police for two days before being released without charge.

You can read his breach of the peace compensation claim case report by clicking on the link.

Gary was called by his brother to go to a nearby block of flats, where their cousin was sitting on the roof. When he arrived, the fire service had cordoned off the area with red and white tape. Mr Wilson stayed behind the tape and offered to help.

She walked away, and later returned, telling him again to leave or ‘be locked up’.

Gary stepped back further from the cordon to call his family to get help for his cousin.

The Police Sergeant and another officer then arrested him, forcing him to the ground with a ‘leg sweep’, before taking him into a police van.

While waiting, his cousin came down from the roof.

Rather than releasing Mr Wilson, the police officers took him to a local police station, where he was booked in for a breach of the peace.

And, rather than release him after being charged, he was kept over the weekend until he could be taken to the Magistrates Court. The prosecution offered no evidence and he was released without charge.

Like in Miss B’s case above, I applied the Howell definition of breach of the peace UK law and, on Gary’s version of events, considered that the grounds for arrest did not exist.

As a result, I submitted a claim for false arrest, police assault, and aggravated and exemplary damages.

The police made a low offer, which we rejected, then denied liability.

So, again acting as a ‘no win no fee’ police claims solicitor, I issued full court proceedings and prepared Gary for his day in Court.

After receiving a formal defence from the police, they entered into meaningful negotiations. Gary’s breach of the peace UK claim settled for three times the original offer, plus full legal costs.

This blog post has taken me some time to write.

I appreciate the irony in a solicitor who specialises in actions against the police giving the police information which they can use to learn from the errors of their colleagues. This may result in less breach of the peace claims being made in the UK.

I would rather have no clients bringing breach of the peace claims than see innocent people locked up.

I urge the police to read this post carefully, learn the law they are supposed to uphold, and avoid their colleagues’ mistakes. If they don’t, they should know that I will continue to bring breach of the peace claims against them.

Please note that although every effort is made to ensure accuracy, the information in this blog should not be considered legal advice. Contact me direct for that by completing the form on the www.donoghue-solicitors.co.uk website or by calling 0151 933 1474.