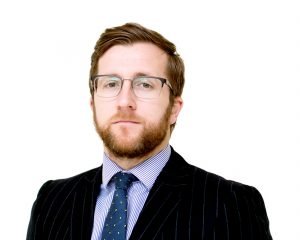 Journalism is “the first rough draft of history.”

Mr Graham was right. Journalists (and lawyers like me) use words for a living. They are powerful. And they matter, especially when presenting a version of events to those who pass judgement.

The UK’s police forces know this too.

In today’s social-media driven world, it’s more important than ever for the police to present their case as “the first rough draft of history”. And they must act quickly, because officers’ conduct (and often misconduct) will be judged in the court of public opinion long before reaching a legal courtroom.

This is not new. The police have always been keen to get their side of the story across and present themselves in a favourable light.

But what you might not have noticed is how they have become masterful “spin doctors” who:

A recent story shows how.

It is standard practice for journalists to approach the police for quotes when reporting on an incident involving officers. They want their readers to hear the police’s version of events and often include quotes without editing.

As this recent story in the Independent shows, police force press departments use that opportunity to manipulate how events are seen in the court of public opinion.

In the story, journalist Nadine White describes how a frail 70-year-old black man was allegedly assaulted by Metropolitan Police (the Met) officers after they stopped him for driving with a broken brake light. She reports that the Independent Office for Police Conduct (IOPC) is investigating the incident.

It appears that the story came about because the victim’s daughter posted a picture of an officer on Instagram on Monday. I reproduce the accompanying post (without editing or endorsing its contents) below:

Today these police men beat up my dad in the Shortlands/ Bromley area as they said he posed immediate threat towards them.

This incident escalated because the police men pulled my dad due to one of his lights not working which he was not aware of. My dad is born and bred Jamaican who’s accent is very strong and isn’t afraid to say what he feels about the @metpolice_uk and their corrupt racist system as my dad made hand gestures telling them to leave him alone they felt it was now their duty to physically abuse him.

My dad is 70 years old, no more than 8 stone, 5ft 6 who has had multiple strokes, heart problems and is also on blood thinning tablets.

Multiple witness’ have stepped forward to describe the absolute torture they put my dad through until my brother turned up. When questioned as to why they’ve assaulted him the police then lied to say my dad hit them.

My dad has suffered a broken nose, broken cheek bone/ eye socket and deep cuts to his head and other injuries. I am awaiting update from the hospital.

I’m absolutely heartbroken at this time 💔

Despite this, I cannot see a response from the Met to the victim’s daughter’s post in her Instagram feed.

For the Met’s press department, the failure to respond on Instagram does not matter. This is because The Independent (and probably others) wanted to include a quote in their reporting of the story. The Met have plenty of experience dealing with allegations of police misconduct, and it shows.

This is what the Force’s spokesperson, or “spin doctor”, said:

“We are aware of a post on Instagram relating to the arrest of a man following a vehicle stop on Blyth Road in Bromley,” said a Met Police spokesperson.

“After exiting the vehicle, the driver became involved in a struggle with an officer during which the officer sustained an injury to his eye.”

The Met said the man was arrested at the scene on suspicion of assaulting an emergency worker.

He was then given first aid by officers before being transported to a south London hospital. He was later discharged and taken to a police station from where he was released under investigation.

No doubt, the Met’s quote led to The Independent’s headline and “both sides” byline:

The Met Police said the pensioner was involved in a “struggle” with an officer on routine patrol.

Why Both Sides Headlines and Bylines Help the Police

Many people skim news stories and digest headlines only, especially on social media. “Click-through-rates” to read stories are far lower. People who read them all the way to the end are in an even-smaller minority.

This makes the headline and byline crucial to getting “the first rough draft of history” seen. The Met’s press department will be thrilled that a key part of their version of events (the description of it as a “struggle”) was prominently displayed here.

Analysis of the Met’s Press Release

In the Met’s brief quote, it has:

More Spin : Why the Police Now Call Themselves “Emergency Workers”

This story, and the police’s handling of it, is based in an allegation of assaulting an “emergency worker”. While we do not know who that was, it stands to reason that the victim was charged with assaulting a police officer, who was probably the arresting officer. (The victim’s daughter showed a photo of the officer involved in her Instagram post.)

I expect that the term “emergency worker” for the police officer was used on purpose. This is because:

But we should all be concerned. Officers and police forces up and down the land will be taking notes. If the Met’s approach is successful, they will use the same playbook.

So, I urge the public and media to carefully watch how the police and their press departments operate.

Public confidence in the police depends on good faith. Obfuscation and spin undermine it.

And, let’s not forget, behind the headlines is a 70-year-old man who has sustained serious injuries. And, if charged, his liberty is potentially at stake. For the man and his family, this is not a game.

Kevin Donoghue is a solicitor with over 20 years’ experience representing victims of police misconduct.