Accepting a pre-medical offer could be a costly financial mistake. Daniel Fitzsimmons of Donoghue Solicitors explains why. 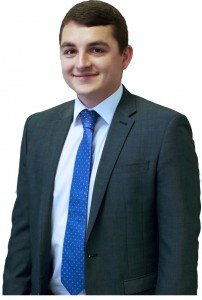 I recently represented a client from Birmingham who had been injured in a road traffic accident. After medical examination and negotiations with the other driver’s insurers, I settled her claim for more than three times the original offer.  What makes this claim interesting is that it highlights the dangers of accepting a ‘pre-medical offer’.

What is a ‘pre-medical offer’ and why should you care?

Pre-medical offers are proposals to pay compensation before the injured person has been seen by a medical expert. They are made by insurance companies in personal injury accident claims.

The practice of making a pre-medical offer in personal injury claims is described in the Association of British Insurers’ (‘ABI’) voluntary Code of Conduct. (The ABI is the trade body of insurance companies in the UK. It represents 300 member companies who cover 90% of the insurance market.) Their Code of Practice when approaching accident victims direct (where pre-medical offers are often made) states:

Where the injury is low value, i.e. typically only a few days in duration, insurers may offer to settle a claim without medical evidence.

The purpose of a pre-medical offer is to encourage early settlement of the claim. The insurer gets the claim off their books for a set amount; the injured person gets compensation quickly without a medical examination.

Sounds too good to be true doesn’t it?

As my client Mrs. B’s case shows, accepting a pre-medical offer could be a very expensive mistake.

Mrs. B, a retired 68-year-old woman, was in her friend’s stationary car when another driver reversed into it. Although she was injured in the road accident, she got out of the car when she realised that the other driver was leaving. The responsible driver nearly ran Mrs. B over to make her escape. The police were called and details obtained.

Mrs. B received medical treatment for her injuries and contacted me a few days later to make an accident compensation claim.

I took full details and agreed to represent her on a ‘no win no fee’ basis.

After checking the information provided, including asking about her injuries as they were known at the time, I sent the claim to the responsible insurers and began preparing her case for court proceedings.

Just under two months after the accident I received a letter from the other driver’s insurers. They helpfully admitted liability, but also made a pre-medical offer to settle Mrs. B’s claim for £1,000 plus legal fees, based on the information I had provided some time earlier.

When I told Mrs. B about the pre-medical offer she said that she was still suffering as a result of the accident, so I recommended that we reject the offer and get an expert medical opinion. She agreed.

Following Mrs. B’s medical examination, the doctor noted that my client had many other health problems including cancer, osteoarthritis, and diabetes. He confirmed that she had suffered a cervical sprain to her neck, more commonly known as ‘whiplash’. In his expert opinion, the injuries she suffered in the road accident would take two years to recover.

As well as her personal injuries, I claimed compensation for extra care and help provided by family members, medication, travel to and from her doctors, and other things.

It took an extra four months to go through this process, but Mrs. B was very happy with the settlement and felt that the time was well spent.

If she had accepted the insurer’s pre-medical offer, she would have missed out on £2,303 compensation.

How to Beat a Pre-Medical Offer

Mrs. B’s case is not unique. I routinely come across similar cases where the insurers for the responsible person make a low pre-medical offer.

And these offers are not just in road accidents. Any personal injury claim can be dealt with this way, including accidents at work, or tripping/ slipping claims.

But is it right?

All offers should be fair and reasonable and based on appropriate evidence.

This is impossible without medical evidence.

Where no medical evidence has been obtained, how would anyone, let alone an unqualified insurance company representative, know what a ‘fair and reasonable’ offer should be?

Also, Mrs. B’s case shows how the insurers can ignore their own Code of Conduct when it suits them.

In her case the responsible driver’s insurers ignored both the ‘general policy’, and the guidance on ‘offers on low value injuries’. They made a very low pre-medical offer which was not:

Unsurprisingly, insurers try to settle claims for less than they are worth. That’s their job, as they represent the interests of the responsible party and their shareholders.

Make no mistake: by making pre-medical offers they are looking after themselves, not the accident victim.

The only way to deal with a pre-medical offer and get the right amount of compensation for the injured person is to prove their personal injury claims to the standard required at court. This means:

It may take longer, but as Mrs. B’s case shows, it’s worth it to avoid making a mistake that could cost thousands of pounds.

+Daniel Fitzsimmons is an accredited ‘Litigator’ practitioner member of the Association of Personal Injury Lawyers. Contact him for help with your accident claim on 0151 933 1474 or by completing the form on the Donoghue Solicitors website.