It’s said that when America sneezes the rest of the world catches a cold.

If the government doesn’t take urgent action to change its policy on Qualified One Way Costs Shifting (“QOCS”), we might need to get an industrial-sized box of Kleenex® ready. 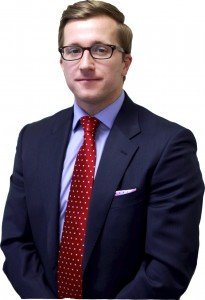 Despite taking place 4,000 miles away, the story is relevant here because there are similarities between our legal systems.

The killing in Ferguson, a suburb of St. Louis, Missouri, USA, sparked months of riots and protests across America about perceived racism in the police.

On Monday, 24 November, a grand jury convened by the state of Missouri decided not to indict Officer Wilson on charges of murder, manslaughter, or armed criminal action. He will not be prosecuted in the state’s criminal courts with these charges.

Michael Brown’s parents urged calm when the decision was announced, but their wait for justice continues.

So what can they do now?

The grand jury slammed the door on state criminal proceedings but a federal (government) investigation continues.

Even if that fails to bring Officer Wilson to justice, the family may still have the right to launch a civil claim against Officer Wilson (and St. Louis police) for wrongful death.

Taking actions against the police in civil court is an important part of the justice system. It steps in where criminal law fails.

It ensures that if Officer Wilson does not face jail time he, and the police force which employs him, could be made to pay compensation to Mr. Brown’s family.

Although compensation can’t bring their son back, a civil court judgment against the police might help the family achieve a sense of justice and closure. 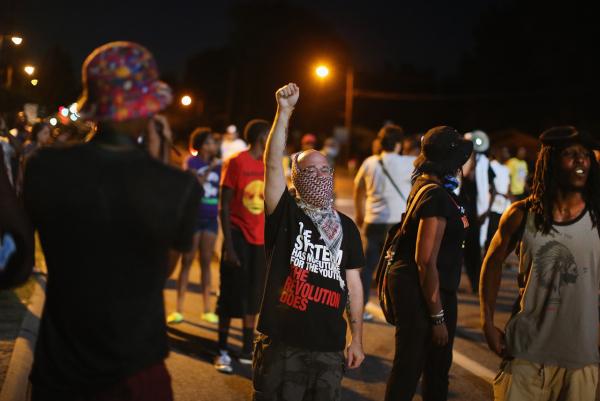 People have been protesting about Ferguson since Michael Brown’s shooting.

Civil Claim Against the Police

Using the civil courts to seek justice mirrors my experience.

As a solicitor who specialises in civil actions against the police, I represent people who have been failed by the police, courts, and the criminal justice system.

For them, seeking justice is often more important than receiving compensation. An apology and/or court judgment can help ease the suffering they have endured and put the police’s misconduct in the past.

For example, my clients A.A. and H.A. initially received only a cursory apology from the Metropolitan Police after armed officers wrongly conducted a dawn raid at their home.

During the raid police assaulted both men. Afterwards they were afraid to be in their own home.  (You can read the full case study here.)

Feeling angry, upset, and mistreated; they contacted me as I am a solicitor who specialises in claims against the police.

I sued the Metropolitan Police for:

The Metropolitan Police denied liability, saying they had acted lawfully. And they said that there was no evidence my clients had suffered injuries even though they needed medical attention after the police assault.

This only increased my clients’ sense of injustice.

I prepared the case for trial but, late on, the Metropolitan Police entered into sensible negotiations. I eventually settled both my clients’ claims for £18,000 plus full legal costs and, importantly for them, obtained a full apology from the police.

Both clients were happy that justice had been done and that the police accepted their mistake.

Without an independent solicitor like me fighting in their corner, A.A. and H.A. would not have received justice or closure.

Why? Because solicitors who represent victims of police abuse are willing to take on the police when their clients have been abandoned by the Crown Prosecution Service or Independent Police Complaints Commission.

It matters to everyone, including the police themselves, that police misconduct is challenged.

We all benefit when brave citizens take on the State because:

This last point is crucial. The Ferguson, Missouri, demonstrations show what can happen when the public feel aggrieved.

With all these benefits, you would think that the government would be keen to support solicitors and their clients who bring actions against the police.

In itself, civil law is complicated and actions against the police cases are hard to win. But recent government policy towards legal funding suggests that it is determined to make it harder to bring a civil claim.

By doing so, the government is eroding access to justice and, with it, our civil liberties.

I have previously written about the disastrous impact of the Legal Aid, Sentencing, and Punishment of Offenders Act (2012) (“LASPO”) which came into effect on 1 April 2013.

Even though actions against the police are civil liberties cases at heart, they have been lumped in with whiplash, tripping accidents, and other personal injury claims. This is because personal injury is often part of these cases. For example, there could be a police assault claim for injuries sustained when applying handcuffs during arrest.

The QOCS system has made actions against the police with personal injury claims harder to bring because:

Pre-LASPO, if the successful claimant won, they recovered their full legal costs and insurance from the responsible party. If they lost, after the event insurance covered all costs except their own legal fees, which were usually covered by no win no fee agreements.

This gave the innocent victim of police misconduct peace of mind that they would not suffer financially as well as physically and emotionally.

Post- LASPO, successful claimants now have to pay their own lawyer’s “success fees” and after the event insurance (if obtained) from their damages. This could discourage claimants as it might leave them with less compensation than they would have received before April 2013.

2. Uncertainty about the extent of QOCS protection

The main advantage of QOCS is that, unless exceptional circumstances apply, a personal injury claimant who loses their case will not have to pay their opponent’s legal costs. And if they have a no win no fee agreement with their solicitor, they don’t have to pay their own legal fees either. As a result, they are left only with their expenses (“disbursements”) to pay. This is useful, but not as good as the old system which provided them with full costs protection either way.

The problem with QOCS in police claims is that it is unclear if it applies to the whole claim or just the personal injury part, and it does not apply at all to cases where no personal injury is claimed, such as trespass cases.

I ran H.A. and A.A.’s cases under the old system so they received 100% of their damages and legal costs.

Under the new QOCS system, because they suffered a police assault, my clients H.A. and A.A. might have received full protection for their entire claim, but I could not guarantee it. They may only have received costs protection for the police assault. In that situation, if they lost, the court might have ordered my clients to pay the Metropolitan Police’s legal costs relating to the rest of their claims for trespass, breach of Human Rights, and everything else.

Unfortunately, the rules are badly drafted and no court has made a decision which solicitors can rely on to advise their clients. This uncertainty about QOCS puts some people off making a claim.

Finally, a consequence of the QOCS changes is that, in my experience, the police are more willing to fight cases to trial. They exploit the confusion and now see claimants as a soft touch.

The government introduced LASPO to curb the so-called “compensation culture”. It has been proven that doesn’t exist and, even if it did, should our civil liberties be eroded by discouraging people from claiming compensation?

Parliament needs to recognise the consequences of LASPO and act now to extend QOCS costs protection to all actions against the police, even where personal injury is not claimed, so that people can feel confident when standing up for our rights.

Protecting the Rule of Law from abuse by the police must come first. Otherwise, what’s happening in the USA might happen here.

Kevin Donoghue is a solicitor who specialises in civil actions against the police. Contact him on 0151 933 1474 or through the Donoghue Solicitors website.