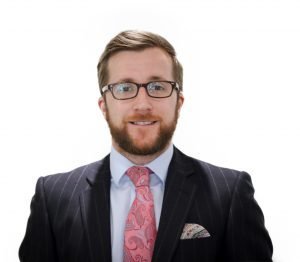 A year ago I wrote to my local MPs. I explained why they should fight government proposals to raise the small claims limit to £5,000, which will potentially restrict access to justice to (up to) 95% of accident victims. Despite our best efforts, it seems that the government ignored these arguments, preferring evidence put forward by insurers that stand to profit from the change. In November 2016 the Ministry of Justice firmed up plans to raise the small claims limit. A short consultation period ended in early January, and formal plans are expected in spring. Insurers may be optimistic that the small claims limit will go up but, as the saying goes,

Be careful what you wish for; you may receive it.

Here are 5 reasons why insurers may regret their efforts to restrict access to justice for innocent accident victims.

Insurers hate to admit this, but claimant solicitors help them save time and money. How? By acting as gatekeepers. As qualified professionals, we are duty bound by a code of ethics to act in our clients’ best interests. Sometimes this means telling people something they don’t want to hear: that their claims are not worth pursuing. By doing so we protect our clients from the time, trouble, and cost of litigation. And we ensure potential defendants and their insurers are not troubled with unmeritorious claims.

The plan to increase the small claims limit to £5,000 means that this claims screening service will disappear for almost all personal injury claimants.

Without expert advice, most claimants will not know the strengths and weaknesses of their cases. They might be unduly confident about prospects of success and/or the value of their claim. And, because costs in the small claims track are very limited, the fear of losing financially will not deter people who simply want their day in court.

Insurers are process-driven, and will handle unmeritorious claims in the same way as they would any other case. This could mean paying lawyers to defend them in the small claims court knowing that, even if the insurers win, they will not recover anything close to their own legal costs from the losing claimant.

Alternatively, insurers may take an economic view and settle claims which otherwise would not be paid. Either way, it will drive up the number of claims made and cost insurers money to deal with and/or pay them.

2. Expertise on the claimant side which helps insurers handle claims cost-effectively

Claimant solicitors bring knowledge and experience to the claims process which enables defendant insurers to streamline their operations. Because solicitors like me have many years of training and practical experience we pursue claims efficiently and in accordance with the complex Civil Procedure Rules. We present only viable cases with winnable heads of claim. As we take cases to trial we plead them properly, file compliant court documents, attend hearings, meet deadlines, and represent our clients fearlessly, but properly, at trial.  By doing so we seek to present our clients’ cases in the professional manner they deserve.

As a result, insurers know that the claimant’s case will be properly presented and that they can deal with it in accordance with the Rules. This allows them to structure their departments efficiently, so that the right people are dealing with matters at the right time.

By contrast, cases brought by Litigants in Person or unqualified claims management companies are unlikely to be progressed with the same level of expertise or efficiency. Although it is true that anyone can pursue a claim at court, and if the small claims limit is increased many more will, the system can be challenging for the uninitiated. Without expert representation from a solicitor it is inevitable that some claimants will struggle. Judges will be expected to provide guidance and hand-holding, but can only go so far while remaining impartial. Defendant insurance representatives and their appointed solicitors will soon tire of direct contact with Litigants in Person, especially angry claimants who feel mistreated.

All this will increase time, money, and the stress on insurers’ claims handlers and lawyers.

People usually contact their insurers immediately after a road traffic accident. This gives insurers early access to potential personal injury claimants’ details. In the past insurers took this information and passed it to preferred “panel” solicitors, for a referral fee. This was a highly lucrative business. For example, Direct Line made £21.1 million in referral fees in 2012. It’s easy to see why panel solicitors would pay so much. Liability in road traffic accidents is more straightforward compared to other areas of personal injury law. And, even if the insured driver was at fault, his or her passengers may be entitled to claim compensation.

But, for insurers, getting millions of pounds in easy referral fees wasn’t enough. When the Legal Aid, Sentencing and Punishment of Offenders Act (2012) (“LASPO”) came into force on 1 April 2013 it banned solicitors from paying referral fees.

Insurers quickly took advantage by taking claims in-house and setting up their own legal services divisions. For example, as this article explains, Direct Line insurance restructured the way they handled claims from both the claimant and defendant side to increase profits significantly.

Raising the small claims limit to £5,000 will hit insurers’ in-house legal services departments hard. Claimants will still want representation, and insurers will no doubt continue to offer it. But without the recovery of legal costs for most personal injury claimants, convincing accident victims to pay their own insurers to bring a claim will be a hard sell, and make it harder for those divisions to turn a profit.

Despite a lack of evidence, insurers have effectively sold the government the “compensation culture” myth (read this to find out why). Justice Secretary Liz Truss described “a rampant compensation culture” when announcing the proposal to raise the small claims limit, singling out whiplash claims as “an easy payday”.

Some people may approve if raising the small claims limit cuts down on the number of whiplash claims. But these reforms go further. If the limit is increased to £5,000 genuine claimants in all areas of personal injury (not just whiplash claims) will be affected. This includes accidents at work, tripping and slipping accidents, and other accident claims. For example, someone suffering a broken collarbone after a fall at work might only be entitled to £4,290 compensation for the injury (from the Judicial College Guidelines, 13th edition). If they want compensation, the innocent accident victim may have to seek access to justice in the small claims court, and is unlikely to have expert legal representation.

Accidents at work can be complex. Claimants must navigate legislation, common law, and the claims process to seek compensation. Insurers routinely deny liability, often referring to technical points and case-law. They will be emboldened by the fact that they are dealing with claimant novices. They will fight claims that might otherwise have settled if the claimant had a solicitor.

But there’s a risk to this approach. In today’s connected world, insurers may find themselves on the receiving end of a social media backlash. In the example above it’s easy to imagine the innocent accident victim going on Facebook, Twitter, and Instagram, posting pictures of themselves in a sling, and holding a letter from an insurance company denying liability. Such posts could get plenty of likes, shares, and even mainstream media interest. It is unlikely that the insurer would get any sympathy.

Insurance is built on trust. Avoiding genuine claims undermines it. It is easy to see how negative publicity could lead to reputational damage and loss of brand value.

Some insurers have convinced the government to propose an increase in the small claims limit with the promise of a £40 saving on motor insurance policies. (Note that this will not be written into law so can be easily ignored.)

This possible, but unlikely, saving to the public is not nearly enough to cover the increased costs to the country caused by the decimation of this legal sector if the small claims limit goes up. As well as

a recent report estimates that 35,000 people are at moderate to high risk of losing their jobs in the law. Contrast this with a “key assumption” in the government’s impact assessment that:

This is wishful thinking to say the least, and by coincidence, is the same number estimated to go from the financial services industry if the UK leaves the EU in a “hard Brexit”. The government seems determined to push Brexit through, but can the country afford to leave the EU if it also guts the personal injury sector?

The government will quickly realise that it has been sold a pup and target those responsible: the insurance companies that stand to profit.

There’s still time to put an end to this madness. Insurers could realise that they stand to lose out and approach the government to discuss alternatives. Viable counter-proposals exist.

And the government could look at the mess Brexit is causing and decide that, at a time of such uncertainty, raising the small claims limit and restricting access to justice is too much for the country to bear.

I sincerely hope so.

Kevin Donoghue is the Solicitor Director at Donoghue Solicitors, an award-winning law firm dedicated to providing access to justice.