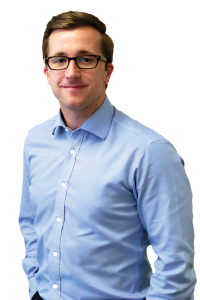 On the eve of Guy Fawkes Night it was fitting that the government showed that it was capable of blowing up respect for Parliament’s legislative powers.

On 4th November, the Social Action, Responsibility and Heroism Bill (also known as the “SARAH Bill”) received its second reading in the House of Lords.

The government wants the SARAH Bill to “make provision as to matters to which a court must have regard in determining a claim in negligence or breach of statutory duty”.

It is remarkably short, at just over 300 words. If you had a homework assignment to draft a bill and came up with it you’d get an incomplete.

During the debate Lord Faulks, the Conservative Minister responsible for promoting the Bill in the House of Lords, explained that the purpose of the Bill is to encourage volunteering and public spirit. If passed, it would give reassurance to people who are sued that the courts will recognise the context in which they acted.

He said the Bill was broadly drafted to apply to a range of situations and “bodies such as small businesses, volunteering organisations, religious groups and social clubs, as well as to individuals.”

Lord Lloyd of Berwick said that the Bill was unnecessary. He questioned if its true purpose was to send a message to the Courts instead of making new law. If so, that is not a proper use of Parliament’s legislative powers and it should not allow the Bill to become an Act of Parliament.

Was he right? Let’s look at the clauses in turn:

1. When this Act applies

This Act applies when a court, in considering a claim that a person was negligent or in breach of statutory duty, is determining the steps that the person was required to take to meet a standard of care.

The Bill deals with the consequences of compensation claims, which usually include personal injuries. They are based in either negligence, breach of statutory duty, or both.

Negligence is proven when a claimant can show that:

Before 2013 strict liability laws protected people in accidents at work because defendants could automatically be found liable without claimants having to prove negligence.

But in 2013 Parliament passed the Enterprise and Regulatory Reform Act, removing strict liability from most work accident cases. Now claimants must meet the (harder to prove) negligence standard of care.

As a result of both common and statutory law, the courts are already required to consider the steps taken to meet the required standard of care, so there’s nothing new in Clause 1 of the Bill.

The court must have regard to whether the alleged negligence or breach of statutory duty occurred when the person was acting for the benefit of society or any of its members.

This clause is also already well covered in both statutory and common law.

In 2003 Lord Hoffman said that the courts must consider the “social value of the activity which gives rise to the risk” in the House of Lords judgment of Tomlinson v Congleton Borough Council.

Despite this guidance binding on all courts which deal with compensation claims, in 2006 the government brought in the Compensation Act. This Act merely confirmed the common law approach stated by Lord Hoffman when it said:

A court considering a claim in negligence or breach of statutory duty may, in determining whether the defendant should have taken particular steps to meet a standard of care (whether by taking precautions against a risk or otherwise), have regard to whether a requirement to take those steps might—

(a)prevent a desirable activity from being undertaken at all, to a particular extent or in a particular way, or

(b)discourage persons from undertaking functions in connection with a desirable activity.

Lord Hoffman’s ruling established the current law. Neither the Compensation Act nor the SARAH Bill adds anything.

Moving on, “acting for the benefit of society or any of its members” is the kind of woolly phrase which only a non-lawyer like Chris Grayling, our current Lord Chancellor, could approve.

Can’t it be argued that we all act for society’s benefit, even if for purely selfish reasons?

Compare factory owners and Cub Scout leaders, both of whom benefit if this Bill becomes an Act.

A factory owner could just as easily take advantage of this phrase when making employees work without proper protective gear. Employers like factory owners keep people in work, pay taxes, support their communities etc. and benefit society that way. Cub Scout leaders help children grow as people. Who is to say which benefits society more?

If left in, defendants (or more accurately, their insurers) will abuse this unnecessary clause.

The court must have regard to whether the person, in carrying out the activity in the course of which the alleged negligence or breach of statutory duty occurred, demonstrated a generally responsible approach towards protecting the safety or other interests of others.

Here’s another Grayling phrase: “generally responsible approach”. What’s that? On what legal standard is it based? It’s an entirely new phrase with no legal precedent.

If introduced it will lead to expensive litigation and wasted court time while the courts, claimants, and their lawyers, try to make sense of it.

Right now all volunteering groups, businesses (small or otherwise), clubs etc. must put standards and procedures in place which have developed over years of common law and government made statutes.

To give them a new defence based on made-up language would undermine all that.

The court must have regard to whether the alleged negligence or breach of statutory duty occurred when the person was acting heroically by intervening in an emergency to assist an individual in danger and without regard to the person’s own safety or other interests.

And there’s more: the court has to consider if “the person was acting heroically”.

What’s that? Not all heroic acts are dramatic.

In 1955 Rosa Parks refused to move to another seat on a bus and helped end racial inequality in America.  Nelson Mandela spent 27 years in jail and contributed to the end of Apartheid.

Both would undoubtedly be considered heroes, but, applying the wording of this clause, were they “acting heroically”? Arguably not; as there was no “emergency” or “danger”.

And this clause is potentially life-threatening for our emergency services, as it requires the court to apply the “heroism” clause only when it decides that someone was acting “without regard to the person’s own safety or other interests”.

It worries the fire service as they think  it will encourage people to go into burning buildings to try to save someone, only to need rescuing themselves.

Guidance from St John Ambulance and others stresses that you should make sure you never put yourself at risk. This clause undermines them all.

Lord Lloyd was right. There is nothing new in this ill-considered and unnecessary Bill.

Unsurprisingly, both Houses of Parliament had a field day with the SARAH Bill.

Even Conservatives criticised it, calling it “silly” and “utter tosh”.

As always, it comes down to money.

The Conservatives have been in hock to the insurance companies for years. The Guardian found that they had contributed £4.9 million to the Tories between 2005-2011.

Worse still, Lord Chancellor Chris Grayling received £71,000 from the founder of Direct Line Insurance to run his office when he was a lowly shadow home secretary.

This modest investment in our leaders is a bargain when you consider the breakneck pace of reforms to the legal sector, and in particular compensation claims:

“It cannot be fair that such people feel pressured to settle speculative and dubious claims. So as well as giving that reassurance, we hope that this provision will give them greater confidence in resisting such claims and indeed—this is important—will help to deter such claims being brought at all.”

As I have shown, the SARAH Bill is a pointless waste of Parliament’s time. Rather than help heroes and volunteers, its true purpose is to:

Unfortunately, Lord Lloyd withdrew his amendment to have the Bill killed at the second reading stage. It will now be considered on 18 November at a House of Lords Committee.

My suggestion: use it as kindling for a bonfire.

Only then will the government and their insurance company backers know that their cynical abuse of Parliament’s legislative powers failed.

If you have had an accident at work and want to claim compensation, call me on 0151 933 1474 or get in touch through my firm’s website.

And in Parliament on Tuesday, Justice minister Shailesh Vara confirmed that:

“The Bill will send a powerful message to the public that if they are acting selflessly in an emergency to help somebody in danger and something goes wrong, the courts will always consider the context of their actions if they are sued in negligence or for breach of statutory duty.” (my emphasis)

Lord Lloyd was right. The government blatantly state that the purpose of the Bill is to send a message, not to legislate. That is an improper use of Parliament’s powers. The government should withdraw this Bill immediately.