I read on the BBC website today that Chris Hyman, the Chief Executive of Serco, has resigned. This follows yesterday’s resignation of G4S’s Chief Executive, Richard Morris.

The Justice Secretary, Chris Grayling, reported in July that Serco and G4S had been audited and are being investigated for overcharging.

The audit revealed a ‘significant anomaly in the billing practices’, and that since 2005, Serco and G4S submitted charges to the government for electronic tagging of offenders who were:

What is electronic tagging?

Electronic tags are monitoring devices which are usually fitted to a person’s ankle. Their purpose is to give details of the wearer’s location. Under normal circumstances, they cannot be removed by the wearer.

Electronic tagging is used with offenders under:

For those under curfew, electronic tags work by sending a signal to a transmitter which is fitted in the home of the person being monitored.

The transmitter’s sensitivity is adjusted to limit the reception range to the boundaries of the property so if the tag wearer leaves home during the curfew an ‘unauthorised absence’ report is sent to the monitoring company’s control centre, who then notify the police of the breach of bail conditions.

This usually leads to a warrant for arrest being issued for a further court attendance to review bail conditions. 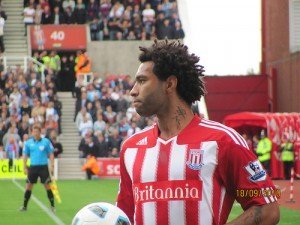 Jermaine Pennant, a football player who wore an electronic tag.

Although electronic tagging is a popular, and increasing, form of offender management, their use can result in wrongful arrest claims against the police.

My client Mr. W, a pensioner from South Wales, claimed compensation from Serco after their electronic tagging equipment and administrative failures led to him twice being wrongfully arrested and held by the police.

He was granted bail at Gloucester Crown Court on the basis that he agreed to have an electronic tag monitor fitted. This was to ensure that he did not break a curfew requiring him to be at home in his flat between 9p.m. and 7a.m..

The next day a technician from Serco, the private company who provide the monitoring equipment to the court service, came to Mr. W’s home and fitted the tag.

The day after the electronic tag was fitted, an ‘unauthorised absence’ report was sent by the transmitter in Mr. W’s home.

Serco contacted him the following day when he confirmed that he was definitely at home that night.

They sent a technician to his home and moved the transmitter box from his living room to the bedroom.

However, a further unauthorised absence was recorded overnight a week later.

Serco attended again as Mr. W insisted he was at home that night as well.

The equipment was checked again, but the following day my client was arrested and taken to a local police station where he was held in a police cell while the report was investigated.

The police established that the transmitter equipment was not calibrated correctly so that the unauthorised absence report was incorrect.

Although Mr. W was released an hour later, his unlawful arrest and detention was unjustified. 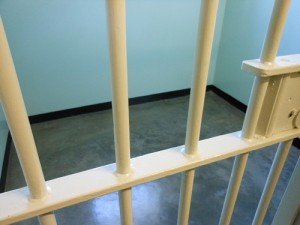 Six weeks later Serco issued another report for breach of bail conditions, this time for refusing entry to allow the transmitter equipment to be serviced.

The refusal of access report came from a visit at 11.51p.m. when a technician from the company called at Mr. W’s home without warning for a regular service visit.

Not unreasonably, my client refused access and told the technician to come back at a more convenient time.

A week later the police arrested Mr. W again and held him at the same police station. They found out that there was no bail condition regarding access to his home, let alone at nearly midnight, so released him 1 hour 20 minutes later on the basis that he was not in breach.

Mr. W contacted Donoghue Solicitors as we specialise in civil actions against the police and other detaining bodies, such as Serco and G4S.

When I reviewed the evidence, initially Mr. W’s claims against Serco appeared strong.

But they defended proceedings on the basis that once they had provided the unauthorised absence and access refusal reports it was the police’s responsibility to investigate the information provided before acting on it.

The police rightly argued that this would mean that they would be second-guessing every report given to them, and refused to accept any responsibility for Serco’s errors.

I successfully showed that Serco, and not the police, were to blame for their faulty equipment, installation and reporting errors.

Compensation was agreed in an out-of-court settlement at £2,500 plus legal costs.

The government has passed its file to the Serious Fraud Office to investigate the allegations of over-charging by both Serco and G4S in relation to electronic tagging.

I hope that they will also consider the many reports of electronic tagging errors, such as Mr. W’s above, which result in:

The resignations of the men at the top seem to be a way to keep the existing government contracts, and ensure that negotiations on new contracts are not prejudiced.

My advice to the government would be to think long and hard before entering into negotiations with either company for security related contracts.

If you have a claim for wrongful arrest due to an issue with an electronic tag, contact Donoghue Solicitors on 08000 124 246, or go to our website and complete the online form.