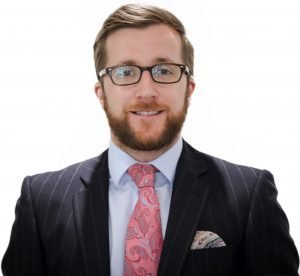 Was Simon Brodkin wrongfully arrested for a breach of the peace? Kevin Donoghue looks at the evidence here.

It’s fair to say that Theresa May’s speech at the Conservative party conference last week was farcical. Not only did she suffer persistent coughing, but letters on the sign behind her fell off the wall, giving quick-witted viewers the chance to mock her with social media memes.

I had to draw that pic.twitter.com/jGjEaiMbXX

Perhaps most embarrassing was the prank by Simon Brodkin, also known as Lee Nelson. He presented Mrs May with a fake P45 (HMRC details of employee leaving work). As he handed it over to a confused and embarrassed Mrs May, he said, “Boris told me to give you this.”

After interrupting the Prime Minister, he turned to Foreign Secretary Boris Johnson, who was sitting in the front row with fellow cabinet members. Simon Brodkin gave Mr Johnson a “thumbs up”, saying, “Boris, job done.”

Conference security officers escorted Mr Brodkin from the hall. Chief Superintendent John O’Hare was in charge of security at the event. He confirmed what happened:

Earlier today a man was detained by conference security during the Prime Minister’s speech.

Officers attended and the man was arrested to prevent a breach of the peace and was released a short time later.

No doubt the incident was embarrassing for the Chief Superintendent too. Mr Brodkin “had legitimate accreditation” to the event after all. But there’s another issue: were the police right to arrest him for “a breach of the peace”?

The Law on Breach of the Peace

Some police officers do not understand the law in breach of the peace cases. Here’s a quick refresher.

“A breach of the peace” refers to “a breach of the Queen’s peace”, and has its roots in the Justices of the Peace Act (1361). It is not a criminal offence in the sense that no conviction, fine, or imprisonment can directly come from the breach. Instead, magistrates have the power to issue a “bind over” for a limited time to prevent a further breach of the peace.

In R v Howell (1982) the Court of Appeal confirmed the elements of this “common law” concept. It is a situation where the behaviour of the person involved caused the arresting officer (or private citizen such as a conference security staff member) to believe that:

The Court of Appeal went on to explain that officers (or private citizens) have the power to arrest without a warrant where:

Whether there was a breach of the peace in Simon Brodkin’s case depends on how a court would interpret these rules. To make a ruling the court would have to consider the:

Watch the footage of Mr Brodkin’s interaction with the Prime Minister and cabinet members below:

a sufficiently real and present threat to the peace to justify the extreme step of depriving of his liberty a citizen who is not at the time acting unlawfully.

Some viewers might conclude that Mr Brodkin does not appear to do any acts which cause, or are likely to cause, harm. Others may say that the fact that:

-he got so close to the PM and cabinet, and

-was able to interact with them in such a high-profile setting,

created a reasonable belief for security staff and police that a breach of the peace occurred.

Continued Detention for Breach of the Peace

Police often claim a breach of the peace to break up violent, or potentially violent, situations. Once they are satisfied that the peace has been restored justification for holding those involved no longer exists.

This matters because, even if the breach of the peace arrest was lawful, the police must justify continuing detention on a “minute by minute” basis. Failing to do so can result in compensation awards.

But, as this footage shows, Mr Brodkin was handcuffed, calm and co-operative as the police escorted him out of the venue. They put him in a police van, presumably to go to a police station. Was that necessary given that Mr Brodkin was no longer in the conference hall and could not renew the breach of the peace? And, if they went to a police station, were the police justified in detaining him there, even for “a short time”?

I don’t know if Mr Brodkin intends to take action against the police. It looks like he has an arguable case, but I can’t comment further without knowing all the facts.

If he does decide to claim compensation, Mr Brodkin should be aware that police routinely fight compensation claims. It may take a trial at court to determine if his arrest and detention were lawful.

As matters stand, Mr Brodkin’s prank will have lasting consequences for his personal record. Greater Manchester Police said no charges were being brought against him. In the context of a breach of the peace this means that Mr Brodkin was not taken to a magistrates’ court where he could have been bound over to keep the peace.

But he was arrested.

Some employers and regulators like the Solicitors Regulation Authority make you report arrests. And, if he was formally processed at a police station, the police now hold his photographs, fingerprints, and DNA records. They will keep his records on police computers unless Mr Brodkin proves the arrest was unlawful. Even then, as I explained here, in the case of custody photographs, he would have to apply to remove them.

Arrests for a breach of the peace can be life-changing. It matters that the police get them right.