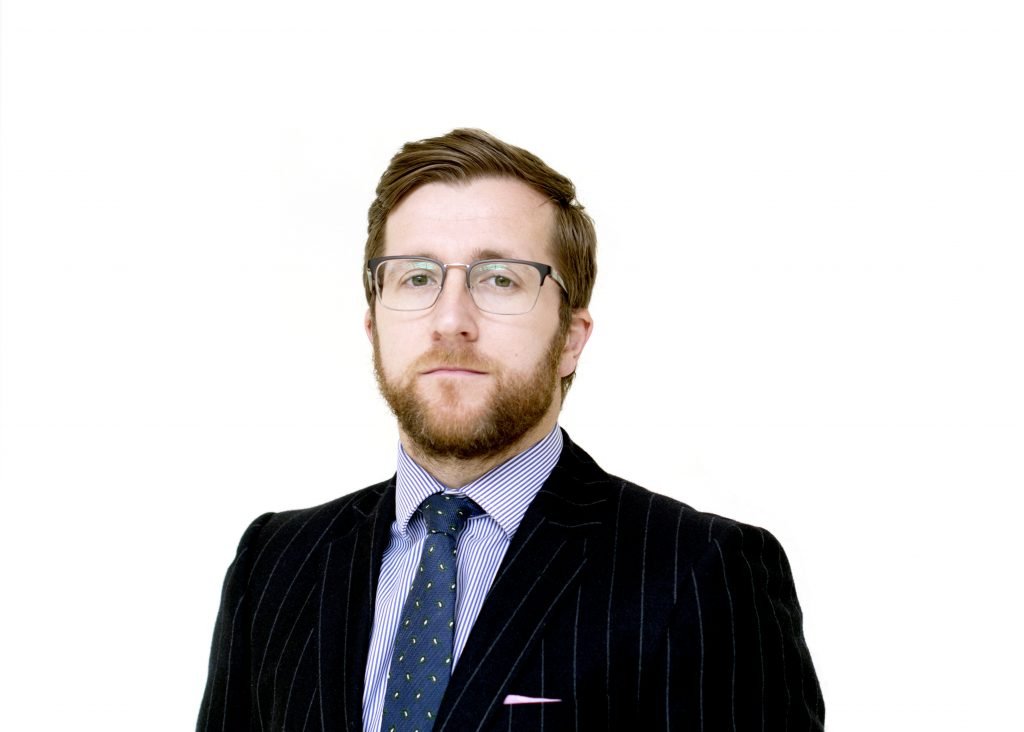 Should Special Constables refuse Tasers? Read why Kevin Donoghue thinks so, and what these volunteers can do, in this blog post.

Today Home Secretary Priti Patel announced that Special Constables will be authorised to use Tasers. This move potentially puts these so-called “less lethal” weapons in the hands of another (approximately) 8,900 volunteers, on top of the Tasers already distributed to their full-time colleagues.

It is the latest way in which the police have become militarised, as I explained in this blog post: Why did the Boys in Blue Turn into the Boys in Black?

So, how did we get here, and how should volunteer Special Constables respond? Here are some ideas.

Why Special Constables Can Get Tasers

In expanding Taser use, Priti Patel is merely following the precedent set by her “tough on crime” predecessors in the Conservative Party, such as Amber Rudd, who authorised the previous version of Taser, the X2.

In 2020, Patel authorised the UK’s 43 police forces to buy the new, more powerful, Taser 7 weapons. Funding for these pistol-like devices came from a £10 million cash reserve. At the time, she said:

It is sickening that our brave police officers face assaults and attacks as they work tirelessly to keep us all safe. They are our protectors and I will do everything in my power to give them what they need to keep themselves and the public safe.

Senior officers, police force representatives, and the Police Federation (the police officers’ union), were thrilled when the Home Secretary announced this change and funding for it. As Chief Officer Dale Checksfield of Durham Police said on Twitter at the time:

Great news for policing & the public. The continued absence of #specialconstables on the licence remains a concern. Action needed to ensure SCs, appropriately trained & competent, can access AND have the support if something goes wrong ⁦@pritipatel⁩ https://t.co/GIBJh9YujX

Tagging Priti Patel in his tweet seems to have worked. Now Special Constable volunteers (who are aged eighteen or older) will get the weapons if local Chief Constables give the nod. The only requirements on these otherwise unqualified part-timers is that they get some basic training, have 12 months’ service and 200 duty hours, and have achieved “directed patrol status”.

But Special Constables don’t have to go along with their “Regular” colleagues in taking up arms against civilians. They can, and should, push back against expanding Taser use. There is clear, empirical, scientific evidence to support them in refusing these weapons. Reasons include:

Tasers are not “nicer”

There is a police-fuelled narrative that Tasers are “nicer”, “less lethal” weapons. Dr Abi Dymond’s excellent book: Electric-Shock Weapons, Tasers and Policing – Myths and Realities quotes an officer who said:

I tend to use TASER because its… the best option all round and it’s the least intrusive. You are not going to injure anybody with it.

And a Taser trainer who said:

Obviously if you hit someone with a stick its really going to hurt them… (with TASER) they may get 50 000 volts but they will actually be fine, might feel a bit tired, but other than that, certainly for me… i’d still look to TASER more than i’d look to (baton or CS) initially.

In fact, as Dr. Dymond writes, Taser victims describe suffering, “the most profound pain I have ever felt”. They can also experience serious secondary injuries, cognitive impairment akin to dementia, and lasting symptoms of Post-Traumatic Stress Disorder.

And, in the most serious cases, Taser victims have died. For example, Marc Cole suffered a cardiac arrest in 2017 following the use of a Taser on him for 43 seconds. An inquest found that the use of the weapon had a “more than trivial impact” in his death.

They are bad for community relations

The Independent Office for Police Conduct reviewed 108 cases involving Taser use. It reported that “in 2019/20, Black people were subjected to Taser use at a rate eight times higher than White people”. (My emphasis.)

People from black, Asian and minority ethnic backgrounds deserve a clear and transparent answer from police on why such disproportionality still exists – failure to address this risks undermining the legitimacy of policing.

Instead of responding to this grave issue and seeking to improve, Chief Constable Lucy D’Orsi of the National Police Chiefs Council criticised the report. Sadly, my previous concerns about How Police Tasers Threaten Public Confidence still ring true.

One reason for the excessive use of Tasers on people of colour is the disproportionate use of stop and search, which accounted for 577,054 stops in 2019/2020. Again, in that period, the IOPC found that Black people were nine times more likely to be stopped and searched than White people.

(This may be an undercount. The Liberal Democrats analysis of the data found that Black people were 18 times more likely to be stopped under section 60.)

The combination of excessive Taser use and discriminatory stop and search is especially concerning because of the damage it has on community relations. And it’s likely to get worse following the Home Secretary’s announcement that officers will have even more opportunities to use stop and search.

The IOPC’s report quoted an analysis by the College of Policing about Taser use, in which it found that:

discharging a Taser was associated with increased odds of the individual involved being injured and hospitalised, and with officers being assaulted and injured.

Police officer injuries can occur due to “the weapons effect”, which is where:

the cue of a weapon “activates” those internal conditions that affect one’s decision-making processes, ultimately leading to assaults and attempted assaults on weapon-carrying officers and by implication to a rise in police use of force.

As I explain in this blog post: What the Weapons Effect Tells Us About Police Taser Assaults, University of Cambridge researchers found that:

Taser-equipped police are almost 50% more likely to use force in the line of duty.

It makes sense that handing out more Tasers will inevitably lead to increased officer injuries. This is especially so, when you consider that, as Dr. Dymond reported in her book at page 84, Taser-equipped officers get sent to higher risk incidents:

once officers are equipped with TASER, the type of incidents to which they are sent may change. Some officers feel that, once TASER trained, they are sent to riskier incidents than had previously been the case (see also Dymond 2020). For example, officers explain that:

‘The biggest issue you have sometimes is with spontaneous incidents where you have bladed weapons… I get sent to jobs with ‘presence in public with knives’… (We) get deployed as TASER now. That would have been a firearms job… If that TASER fails they become a victim’.

This is despite College of Policing guidance, which states that:

Less lethal weapons should not be regarded as a substitute for firearms.

Officers armed only with less lethal weapons should not expose themselves, or be exposed, to unnecessary risks in confronting subjects who may be armed with a firearm, or present a risk for which a less lethal response may not be appropriate.

Special Constables should also be aware that the police can, and are, criminally prosecuted in cases involving Taser misuse.

Dalian Atkinson, the former Aston Villa footballer, was killed by former West Mercia Police officer Benjamin Monk, who deployed a Taser on him for 33 seconds. Monk was sentenced to eight years in prison for manslaughter.

And Metropolitan Police officer Imran Mahmood was charged with grievous bodily harm after he Tasered Jordan Walker-Brown, leaving his victim paralysed from the waist down. (Mahmood’s case is ongoing. He is back in the Crown Court on 26 May.)

For countless other officers, the use of force by Taser can lead to disciplinary misconduct and civil court proceedings. Such cases result in career-ending outcomes even where there is no criminal prosecution.

How police volunteers can influence the Federation

No doubt local Police Federation representatives will put pressure on their Chief Constables to authorise Tasers for Special Constables as soon as possible.

But that is not an end to the matter. Specials have agency here. While they are volunteers, they effectively have the same powers and uniform as paid officers. As such, they are as much the public face of policing as their Regular colleagues. They can choose how to behave in public, including keeping their weapons down, encouraging their colleagues to do the same, and seeking to de-escalate situations.

The Police Federation of England and Wales (PFEW) is the staff association for police constables, sergeants and inspectors (including chief inspectors), having first established in 1919.

We are one of the largest staff associations in the UK representing more than 130,000 rank and file officers.

Membership of the Police Federation is voluntary, and costs £23.58 per month for full members (the Federation has not updated its website to show what it intends to charge Specials). If the (around) 8,900 specials join, they will quickly become a powerful group.

Federation membership gives Special Constables the right to vote in elections and influence policy. The roll-out of Tasers is an early opportunity for them to send a message about how they expect their union to behave. The volunteers can rely on the Police Federation’s Core purposes for grounds to do so:

Our core purpose was amended in May 2014 for the first time since the Federation was set up in 1919, following a recommendation in our Independent Review for it to reflect our commitment to act in the public interest, with public accountability, alongside our accountability to our members.

In fulfilling our statutory responsibilities for the welfare and efficiency of our members we will, at all levels:

Also, new members should note that the Federation says one of its Aims and Objectives is:

To influence internal and external decision makers at local and national levels on matters affecting our members and the police service.

It says it will do this by:

listening to and reflecting issues concerning our members.

The proposed Taser roll-out is not in the best interests of Special Constables or the communities they serve. These new Police Federation members can, and should, speak up. They can use the union’s core purpose, aims, and objectives to refuse Tasers. By doing so, Special Constables can lead on this issue, work on rebuilding trust within the communities they serve, and become the real “thin blue line”.

Kevin Donoghue is the director of Donoghue Solicitors, a firm which specialises in civil actions against the police.