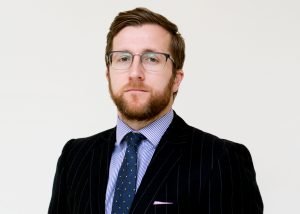 This morning, I appeared on Nick Ferrari’s LBC radio programme to discuss PC Thomas Hooper’s disciplinary hearing.
Among other charges, PC Hooper is alleged to have stolen a colleague’s biscuits. This led to questions about whether the allegations against him merit a full disciplinary hearing. In the comments section of the Evening Standard piece, one person said:

With all the serious stuff going on in the world is a police officer taking a tin of biscuits and speeding in a police vehicle really worth a police misconduct hearing, surely a severe ticking off by a senior officer would have sufficed.

I suspect many would agree if it was as simple as that. But when we dig deeper it’s clear why this matter went to a disciplinary panel. It is about more than a tin of biscuits. As I understand it, there are three allegations against this Metropolitan Police officer. It is alleged that he:
1. misappropriated property (stole the biscuits) AND
2. sought to abuse his position to have a fixed penalty notice for speeding cancelled AND
3. gave false statements in respect of both allegations.
If proven, the allegations against PC Hooper are serious, and go right to the heart of public trust in the police and the officer’s integrity. They matter because police officers are professionals. This means that they, like solicitors and doctors, are bound by a Code of Ethics, which you can read here. The police’s Code is meant to:

support each member of the policing profession to deliver the highest professional standards in their service to the public.

It is rooted in Sir Robert Peel’s 1829 “principles”. Peel’s principles emphasise the need for the police to “secure and maintain public respect”. They have been updated for modern policing in the 2014 Code of Ethics. It is based on nine policing principles, which are:
Accountability
You are answerable for your decisions, actions and omissions.
Fairness
You treat people fairly.
Honesty
You are truthful and trustworthy.
Integrity
You always do the right thing.
Leadership
You lead by good example.
Objectivity
You make choices on evidence and your best professional judgement.
Openness
You are open and transparent in your actions and decisions.
Respect
You treat everyone with respect.
Selflessness
You act in the public interest.

Applying the Police Code of Ethics

The Code of Ethics applies the policing principles in Standards of Professional Behaviour. The Standards “reflect the expectations that the professional body and the public have of the behaviour of those working in policing.”
In PC Hooper’s case, the most important and relevant Standard is the first one:

I will be honest and act with integrity at all times, and will not compromise or abuse my position.

This would cover the first two allegations. The third allegation is also dealt with in a guidance box for the first standard:

Examples of meeting this standard are when you:
• are sincere and truthful

• do not knowingly make false, misleading or inaccurate oral or written statements in any professional context.

The disciplinary panel must decide if PC Hooper failed to meet this Standard, and any other relevant ones, in respect of the allegations made against him.

Sanctions for Breach of the Code of Ethics

If proven, the allegations against PC Hooper would amount to a breach of the Code of Ethics. It would then fall to the disciplinary panel to decide on an appropriate sanction. Options include management advice, written warnings, and dismissal.
But what of the suggestion that this is a storm in a teacup (presumably served without biscuits)? Could the police have dealt with it informally? Again, the police Code of Ethics addresses this at point 5.1.1 by noting that

Different procedures exist according to the type of unprofessional behaviour or misconduct alleged.

Supervisors are expected to use their professional judgment and discretion to proportionately deal with alleged unprofessional behaviour. Where appropriate, they must

act where a concern is raised about any behaviour, level of performance or conduct which may amount to a breach of the Code. (rule 5.1.4)

Actions to address breaches range from a “ticking off” (at the lower end of the scale) to referrals for disciplinary hearings, suspension, dismissal, and criminal proceedings (at the higher end). PC Hooper’s supervisors clearly felt a referral to the Directorate of Professional Standards was appropriate. Is it because, along with the serious allegations we know about, there is even more to this story? The Evening Standard reports Inspector Mark Bullen

said there had been a number of aggravating factors which had led to the misconduct allegations rather than matters being dealt with by way of management advice.