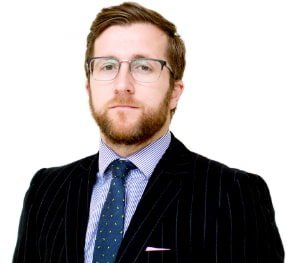 Solicitor Kevin Donoghue discusses the weapons effect following a recent report on the police’s use of Taser stun-guns.

A recent report about police use of Tasers found that “officers are more likely to be assaulted when carrying electroshock weaponry, and more likely to apply force.” The report found that between June 2016 – June 2017 City of London police officers armed with Tasers were

The researchers at the University of Cambridge Institute of Criminology chose City of London Police (COLP) as their study subject for a reason. As they explained,

The overwhelming majority of officers in the United Kingdom are not equipped with firearms, and COLP is the first force in England and Wales to test the extended deployment of personal-issued TASERs to frontline officers. By implication, it is the first to test the utility of the device under rigorous conditions. Specifically, we are interested in TASERs’ effects on the use of force in police–public interactions, assaults on police officers, and injuries sustained by suspects.

The report supports the well-established “weapons effect” phenomenon, which prior to this research referred only to guns. It is found where the presence of a weapon leads to more aggressive behaviour, particularly if already aroused.

The study has generated many headlines because it shows that “the weapons effect is ubiquitous and extends to less-than-lethal weapons” such as Tasers. Police Federation representatives are upset by this conclusion, because they relentlessly promote Tasers as a “low level of force”, and want all front-line officers to have them.

But should they? Consider the ongoing case of my client Paul (name changed).

Paul Jones is a professional social worker in his late 20s. He is a black man who lives in London. He has never been in trouble with the police and has a clean record, as befits his position.

One night in earlier this year he was driving friends home in his Mercedes-Benz car. He was the “designated driver” and completely sober.

City of London Police pulled Paul’s car over, even though he knew he wasn’t speeding or driving erratically. An officer told Paul that he wanted him to take a breath test. Paul immediately agreed. He had nothing to hide. He got out of his car to assist the officer. The first test was inconclusive. So was the second. A second officer appeared and asked Paul if he was chewing. Paul said he was. He had gum in his mouth. This officer told Paul to take the gum out and addressed him in a demeaning way. He told Paul that he would have to wait 20 minutes before re-testing. Paul explained that the first officer didn’t tell him to take the gum out and, as Paul had never been breathalysed before, he didn’t know any different.

More officers arrived. Paul stayed calm and waited. He took the breath test for a third time: it was inconclusive again. The officers were frustrated and began shouting at Paul. By now four or five officers surrounded him. One was standing right behind him, out of Paul’s line-of-sight. This police officer Tasered Paul without warning, temporarily paralysing him. He shouted “Taser, taser, taser” only after electrocuting Paul, who had no idea the officer had pulled and aimed his weapon. Paul fell to the ground and banged his head on a marble ledge, knocking him out. His friends watched the fall and thought Paul had been killed. One of them confronted the officer with the Taser and asked, “are you going to Taser me?” “Yeah, I will,” said the police officer.

Paul was taken to hospital. The police attempted to get a blood sample after he had been assessed. Paul refused. He has a needle phobia and had earlier refused an IV drip. He offered another breath or urine sample instead. The police refused to accept this and charged Paul for failing to provide a (blood) sample. Paul fought the criminal case which could have devastating consequences professionally and personally. The Crown Prosecution Service dropped the case the day before trial. Paul is now claiming compensation for his physical and psychological injuries, lost earnings, and other things.

I have every confidence in my client’s case. Not only is he an excellent, credible witness, but so are his friends. And there is body worn camera and CCTV footage to support Paul’s version of events. The City of London Police acted disgracefully and needlessly injured an innocent man.

Impact of the Weapons Effect on Police Officers

The University of Cambridge researchers explained the weapons effect in their report from the suspect’s point-of-view, saying

the cue of a weapon “activates” those internal conditions that affect one’s decision-making processes, ultimately leading to assaults and attempted assaults on weapon-carrying officers and by implication to a rise in police use of force.

But the weapons effect does not discriminate between weapon-wielding police officers and their victims.

In Paul’s case, the weapons effect described by the researchers did not apply to him. He did not act in an aggressive manner because of the presence of the Taser. He didn’t know it was there and remained calm, even when confronted by aggressive and aroused officers. But there is no doubt that the presence of the Taser weapon led to the unnecessary use of force by the police officer. The officer ignored best-practice and training. He was too quick to resort to the most severe form of force available to him (Taser) rather than use de-escalation techniques. This fits in with the researchers first finding (Taser-equipped police are almost 50% more likely to use force in the line of duty).

The University of Cambridge report is helpful. It expands public knowledge and offers interesting recommendations, such as concealing Tasers to avoid the weapons effect. But considering the weapons effect solely from the point of view of the suspect, and not Taser-wielding police officers, paints an incomplete picture.