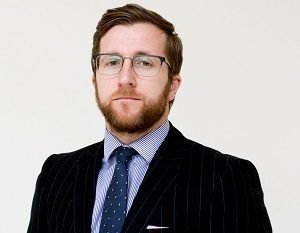 Kevin Donoghue, Solicitor Director of Donoghue Solicitors considers the exploitation of domestic abuse victims by sexual predators in the police.

Two recent reports show how some police officers take advantage of victims of domestic abuse. The stories share common themes and fit with my clients’ experiences. This suggests that the problem is widespread, but that it can be readily identified by motivated police officers and, hopefully, prevented.

On 11 June the Independent Office for Police Conduct confirmed that Police Sergeant Neil Nash, 38, was sacked from the Metropolitan Police Service. In 2015 Nash was the custody sergeant at Plumstead Police Station when a woman was arrested and cautioned for a domestic incident. He obtained her details and went to the woman’s home on numerous occasions. The woman was known to be vulnerable. Despite this the Police Sergeant kissed and attempted to touch her intimately.

The woman complained about PS Nash’s misconduct. On 7 June, the officer was found guilty of gross misconduct and dismissed. Jonathan Green, the Regional Director of the Independent Office for Police Conduct, said,

“Officers are trusted to uphold professional standards of behaviour especially when they come into contact with people who are at their most vulnerable.

“Instead of providing the service expected of a sergeant, PS Nash abused his position of trust, overstepped clear boundaries, and caused psychological harm to this woman.”

On 2 July 2018 Chief Inspector Aneurin Audas faced a misconduct panel to answer allegations that he had “unwanted and inappropriate” contact with a victim of a domestic incident while on duty for Merseyside Police.

The misconduct panel heard that, on 31 March 2011, the Chief Inspector attended a report of a domestic incident and “fondled a domestic violence victim before ‘snogging her’ and groping her breast”. It is also alleged that he returned to the victim’s home address the next day, “without a legitimate policing purpose”.

His conduct is alleged to be in breach of the Standards of Professional Behaviour in respect of Discreditable Conduct. Sanctions for this can include dismissal for gross misconduct. The officer denies the allegations. The hearing continues.

Unscrupulous police officers can take advantage of vulnerable victims of “domestic incidents”. (These can include victims of domestic violence or domestic abuse).

But, as (former) PS Nash’s case shows, internal police Professional Standards Departments take a dim view of this kind of abuse of position for a sexual purpose. This is because it is a form of serious corruption, which is defined as:

“Any behaviour by a police officer or police staff member, whether on or off duty, that takes advantage of their position as a member of the police service to misuse their position, authority or powers in order to pursue a sexual or improper emotional relationship with any member of the public. This includes: committing a sexual act, initiating sexual contact with, or responding to any perceived sexually motivated behaviour from another person; entering into any communication that could be perceived as sexually motivated or lewd; or for any other sexual purpose.”

A 2017 report by Her Majesty’s Inspectorate of Constabulary and Fire & Rescue Services (HMICFRS) confirmed that this kind of police misconduct is a nationwide problem. It affected all but one police force between March 2014-March 2016.

And the cases described above highlight another pattern which came out in that report: police officers abusing vulnerable victims of domestic abuse.

HMICFRS said that 40% of allegations involved vulnerable victims of crime, and that 39% of accusations of police abuse of position for sexual gain involved victims of domestic abuse.

This shocking statistic may be under-reported. As the 2017 report noted, between 1 December 2013 and 30 November 2014 only 33 officers had been dismissed after having a relationship with a vulnerable person.

This “apparent disconnect” between the number of alleged cases and disciplinary action suggests that some of these predators are still serving, giving them the opportunity to repeat their misconduct.

I currently represent, and have previously represented, women across the country who have suffered similar experiences to the two described above. Their stories follow a familiar pattern:

While individual circumstances vary, the common theme of a vulnerable victim being abused by a sexual predator is ever-present.

Two out of every five reported incidents of police abuse of position for a sexual purpose involve vulnerable victims of domestic incidents. There may be many more.

Sadly, this is an entirely preventable problem which affects countless victims and undermines public confidence in the police. But this type of serious corruption often follows predictable patterns. Fellow officers and internal police force investigators need to be aware of them to prevent misconduct by the abusers in uniform.

Contact Kevin Donoghue for help with your civil action against the police by calling 08000 124 246 or completing the online form on this page.