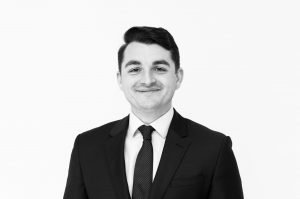 At first glance, these three police officers have little in common:

But dig deeper and you’ll find that their cases highlight an important issue: despite what the police want you to think, misconduct investigations often fail to “police the police”.

Thankfully, there is an alternative system in place to help people get justice for police misconduct. Read on to find out:

On 23 June he was sentenced to eight years in prison for the manslaughter of Dalian Atkinson, the former Aston Villa, Ipswich Town, and Sheffield Wednesday football player.

Cautions are formal warnings given by the police to adults. They are admissions of guilt and must be disclosed by the person receiving them if they seek work in “notifiable occupations”, such as the police.

But Benjamin Monk failed to disclose his cautions when applying to become a police officer.

(The caution for theft would have been especially problematic because theft is an honesty offence. It probably would have prevented Monk from getting a job as a police officer.)

Mr Monk got lucky. West Mercia Police’s vetting procedures did not pick up the cautions, even though they are required to be recorded on the Police National Computer used by the force.

Nine years later the officer’s failure to disclose his cautions came to light. By this time, PC Monk was a member of an elite force operations support team and armed with a Taser.

In 2011 he faced a disciplinary misconduct panel which found that the serving officer had:

breached the required standards for honesty and integrity by not disclosing the offences.

The finding proved that he could not be trusted twice. He:

But instead of dismissing PC Monk, the panel issued a final written warning and allowed him to keep his job.

The (then) West Mercia Police officer then kicked Mr Atkinson twice in the head. The assaults were so hard that Monk’s shoelaces left marks in his victim’s head.

On 9 July, PC Monk was dismissed from the force. At his police misconduct hearing, Chief Constable Anthony Bangham said:

Given that PC Monk is now a serving prisoner, having been sentenced to a term of imprisonment of eight years, the only outcome is therefore dismissal without notice.

But, as West Mercia Police reported,

The outcome of the misconduct hearing is subject to the normal appeals process.

(As a side note, the force’s press release is misleading. It suggests that officers on the Barred List are prevented from serving in the police:

PC Monk will also be placed on the College of Policing Barred List and will not be employable within the UK Police Service.

But, as Kevin Donoghue points out in this blog post: What You Should Know About the Police Barred List, former police officers and other police staff can get their details removed in certain circumstances. Then they can be re-employed by the police if they satisfy other vetting procedures.  In Monk’s case, serving in future is very unlikely, but not impossible as stated by West Mercia Police.)

Just like PC Monk, he was allowed to continue serving in the police despite allegations of misconduct. The officer was accused of indecent exposure in 2015 in Kent, and February 2021 in London.

The Independent Office for Police Conduct is reviewing the police’s investigations and other matters relating to Sarah Everard’s case.

Two of the notices relate to Metropolitan Police Service officers who are being investigated for:

failures to investigate two allegations of indecent exposure linked to PC Couzens in London in February 2021.

Sergeant Melvin Dawson (and his victim, my client)

This North Wales Police sergeant was accused of using force which was not “necessary, proportionate or reasonable in all the circumstances” against 15 detainees during 2018 and 2019.

A police disciplinary and misconduct panel heard that he was:

“quick on the draw” in spraying people, seemingly to punish them for being disruptive in their cells.

It was also alleged that Sergeant Dawson:

used Captor spray “closer than the minimum recommended distance, and from behind locked cell doors” on several occasions.

To back up these claims, the panel considered:

He kept his job despite this finding of misconduct. Instead, the misconduct panel issued a written warning.

Questions must be asked about why.

But even getting to the point where a misconduct hearing takes place is unusual.

This is because disciplinary misconduct panels hear cases against police officers only if considered necessary and justified by the police themselves.

In most cases, police officers are investigated by their own colleagues at “in-house” Professional Standards Departments. Police officer investigators:

This happens even in high profile cases. As the IOPC noted in the Sarah Everard case:

A total of nine other conduct referrals in relation to PC Couzens were made to us by the MPS which, following assessment, were sent back for local investigation by the force. Two of these were in relation to the kidnap, murder and rape of Sarah Everard and another concerned allegations of indecent exposure. As these matters are subject to investigation by the MPS it would be inappropriate for us to provide further details.

Professional Standards officers are supposed to “police the police”. Investigators are meant to be separate from other serving officers. But they may know the officers and police staff personally, especially in smaller forces.

Ask yourself, how can they be impartial?

It gets worse. Even if the investigating officers refer their fellow officers to disciplinary panels, those hearings are not what you might expect.

not designed to punish police officers.

Instead, they are employment proceedings rather than formal legal proceedings. This means that:

In my client’s case, she was called to give evidence before the misconduct panel convened to hear Sergeant Dawson’s case. This put her in the same room as her alleged attacker.

She bravely put herself in this stressful position to help North Wales Police hold Dawson to account, and I arranged for a colleague to attend with her.

My client expected questions about her experience. The panel was there to consider Sergeant Dawson’s alleged misconduct after all.

But instead, she says that the panel asked only why she had legal representation at the misconduct hearing.

In my client’s opinion, the panel avoided hearing negative things about Sergeant Dawson because they did not want to give him a harsher sanction.

Sure enough, the officer kept his job.

My client thinks that the written warning was little more than a “slap on the wrist”. She still cannot believe that the panel, which, it should be noted, included a senior officer from North Wales Police, found in favour of Sergeant Dawson in all but one incident, including her own case.

So, who really polices the police?

As these, and many other cases show, the police disciplinary and misconduct process is failing victims. In my nearly 15 years’ experience as a lawyer who helps people bring civil actions against the police, I have found that they are usually a waste of time.

But if the police cannot be trusted to police themselves, who can?

That is where lawyers like me and my colleagues come in. We hold the police to account when others fail to do so by fearlessly representing victims of police misconduct in civil court proceedings.

My client is recovering from Sergeant Dawson’s alleged assault. But she has suffered lasting physical and psychological personal injuries. If anything, the misconduct proceedings have given her more motivation to fight for justice in a civil action against the police.

By bringing civil claims, we aim to put clients in the pre-incident position. Courts cannot turn back time; but they can award compensation. In some cases, we also help our clients get:

(Find out more on this page: Remedies in Claims Against the Police.)

But the system is not perfect. For example:

Despite these issues, as our case reports show, people can get justice in the civil courts when criminal and misconduct proceedings against officers fail.

We need them to.

We all benefit when brave victims of police misconduct stand up and fight for their rights. Because without them, no one polices the police.

Daniel Fitzsimmons is a Chartered Legal Executive at Donoghue Solicitors. Read more about him here.