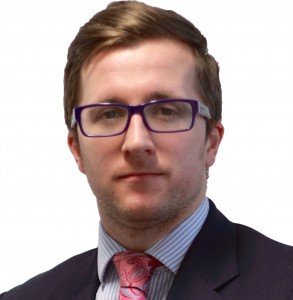 Kevin Donoghue, Solicitor, discusses why lawyers need to be creative.

A recent Telegraph Article got me thinking about creativity in the legal profession, and in particular, why lawyers need to be creative for themselves, their clients, and the economy.

As I explain below, lawyers must do their part by exploiting technology. And lawmakers need to adopt a two-pronged approach, by fostering creativity in one of the country’s major professions, and by resisting the temptation to interfere.

tasks are highly interpretive, geared at ‘products whose final form is not fully specified in advance’, and when work task environments are complex.

Fostering this creative work is vital to the UK economy as the charity says that 35% of jobs could soon be fully automated with advances in technology.

Imagine a third of the working population losing their jobs in the coming years.

The worrying thing is, it’s been happening for years. We’re familiar with self-checkout at supermarkets and comfortable with riding on unmanned mono-rails and airport shuttles. And driverless cars are already a reality, if not ready (yet) for Britain’s streets. Don’t believe me? A car recently made a cross country trip of nearly 3,400 miles across the USA with a person taking over for only 50 miles of the journey. It won’t be long until computers, not people, are driving cars, buses, lorries, and trains.

In the legal profession, computers have brought massive changes to the way solicitors work. Lawyers’ use of computers has led to costs reductions and fewer roles for some people. 15 years ago high-street solicitors had their own secretaries. Now I don’t know of any such firm.

Secretaries have mostly been replaced by IT literate lawyers who produce their own work, some of which involves adapting precedents prepared by a more senior lawyer (like me!).

Despite these efficiencies, Nesta says in its report (at page 34) that “legal activities” have a 24.3% probability of computerisation. Less than the 35% average, but still worrying for a quarter of the profession, which in 2011 employed 340,000 people.

And we’re not the only ones. Much of a GP doctors’ work is routine practice management and compliance, police officers and teachers often complain about form-filling, and accountants use computer packages to pre-populate fields to do tax returns.

If we ignore this situation the burden on the state, which is already anticipating an increased demand on resources due to our ageing population, could be devastating. Estimates vary, but in this article the Institute of Directors say that the country’s debt could double, and that big businesses could collapse under the burden. And that’s without accounting for the increased cost to the NHS, social care etc.

Nesta’s solution is for government to create 1 million creative new jobs by 2030 to make sure that Britain’s workforce remains employable and productive. Getting more, highly paid taxpayers into the working population is essential.

It recommends that the current focus on STEM subjects (science, technology, engineering, and maths) be widened to include art (making it STEAM).

So while the current focus is on the sciences, it should not be at the expense of the arts, especially those that involve critical thinking, persuading, socialisation, and reasoning. These skills are essential for the modern lawyer. It is no coincidence that the earlier definition of creative work perfectly describes a legal case, especially an accident compensation claim, where the issues are numerous and complicated, and the outcome is always uncertain.

Many people join the legal profession after honing these skills elsewhere, both academically and in other areas of life. For those who take a traditional route to qualification, it is quite common for solicitors to take an undergraduate degree in an arts subject (such as History, English, or Philosophy) and then take post-graduate courses in Law to gain the necessary qualifications.

At Donoghue Solicitors we have a number of people who did not go down the traditional university route of qualification. Instead, for some of our staff, learning on the job is being supplemented by evenings and weekends studying to become qualified. By avoiding university altogether and working in legal practice instead of a classroom, the breadth of experience, particularly in so-called “soft skills” such as negotiating and other people skills, can be far better. It is likely that these skills will remain highly prized, immune from computerisation, and should be encouraged.

The Current Impact of Computers

Increased automation at Donoghue Solicitors has led to better efficiency and, we like to think, better service. But while computers have changed many things for the better they won’t do away with the need for working people such as lawyers to use their brains creatively. As the Nesta report says at page 15:

While many creative occupations have undoubtedly been affected by computers, our findings show that computer–controlled equipment is unlikely to substitute for labour in creative domains. Rather, computers serve as a complement to most creative professions, making creative skills more productive. (my emphasis)

For example, in the case report of my client RL you can read how I had to think my way around a situation where the police wrongly raided my client’s flat and the story was publicised in a local paper and on the internet. Some of the creative issues were:

While computerisation certainly helped with these tasks, without creative and critical thinking, essential soft-skills, and the ability to constantly re-evaluate a case considering numerous variables, compensation claims such as RL’s would not succeed and innocent people like him would be denied justice.

While I support Nesta’s demand to see government policy encourage creative professions, this is only one side of the coin. As well as asking lawmakers to actively promote creativity, we should tell them to stop finding ways to discourage it.

Over the past 15 years or so there have been many attacks on the legal profession which have drastically changed how solicitors work and how they manage their practices.

Nowhere is this more clear than in the field of personal injury accident claims, where successive governments have chased easy headlines to cut costs, reward donors, and curb the so-called and non-existent (read why here) compensation culture:

Creativity in this context means managing a business through unnecessary changes created by lawmakers. Lawyers are constantly frustrated and confused by government meddling so it is unlikely that a computer program could be written to make sense of it.

Lawyers a Part of the Creative Solution

Despite the note of caution in Nesta’s report and government’s best efforts to change it, people working in the law are creative by profession and the legal sector has thrived. According to a report in “The City UK”, legal services doubled in size to £20.9 billion in 2011. The English legal system is the envy of the world and continues to attract people due to its fairness and high-quality, creative representation.

If for no other reason, the money it generates for our economy means that the legal profession should be considered alongside Nesta’s campaign to focus government funding. Properly prepared in creativity, the next generation of future-proofed school leavers could contribute to it. In turn, they would support the country through tax revenue, employment, and avoid the risk of being replaced by a computer and becoming a burden on the state.