As a keen footballer outside of work, I put together a crack team of fellow “athletes” to play in the competition. 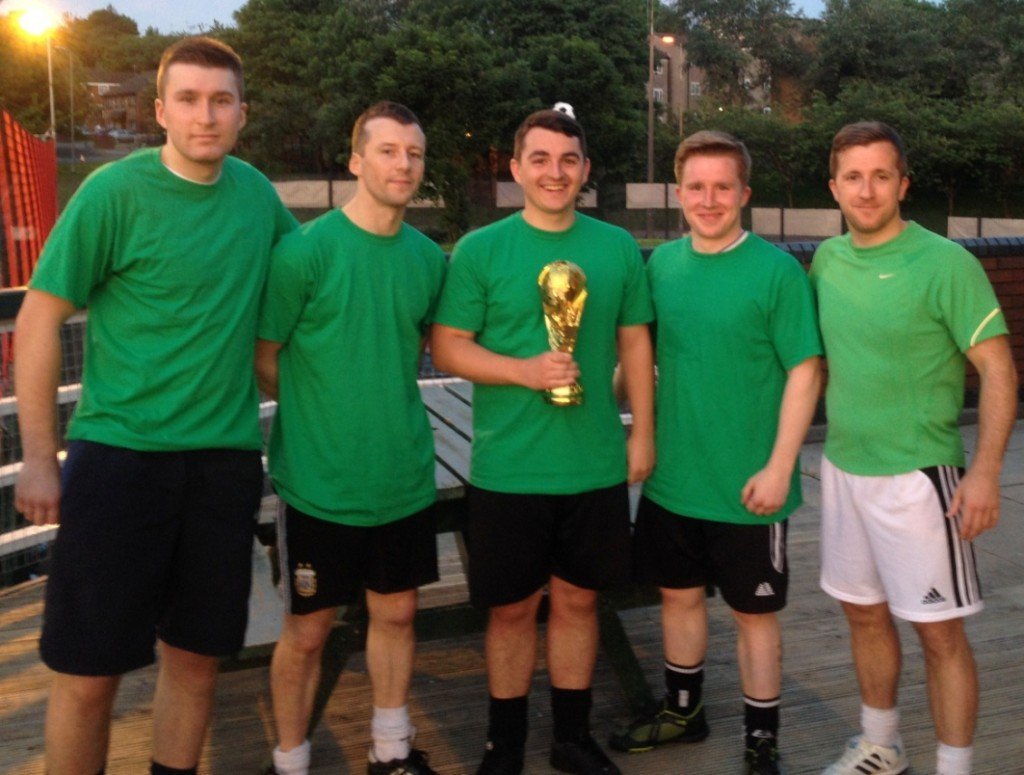 Donoghue Solicitors’ team competed against various other businesses from throughout Merseyside. The games were played at the Powerleague Liverpool (known locally as ‘The Pitz’) Centre in Walton throughout May. For those unfamiliar with the area, this is walking distance to both Anfield (the home of Liverpool FC) and Goodison Park (Everton’s ground). It is possible (but unlikely!) that scouts from both teams were watching!

Proceeds from our entry fees contributed to the Hillsborough Family Support Group. As a lifelong Liverpool FC fan the organisation is close to my heart and one I am always keen to support.

Donoghue Solicitors played as Ireland (in “home” green shirts) and beat five other teams on our way to the final, conceding only two goals during the run. In the final we beat Knowsley Council’s Spain team 7-0.

Like at work, this was a real team effort. Everyone chipped in with at least one goal in the final.

And although we didn’t get to play as England, hopefully our win will inspire Steven Gerrard and the rest of the England team to victory in Brazil this summer! 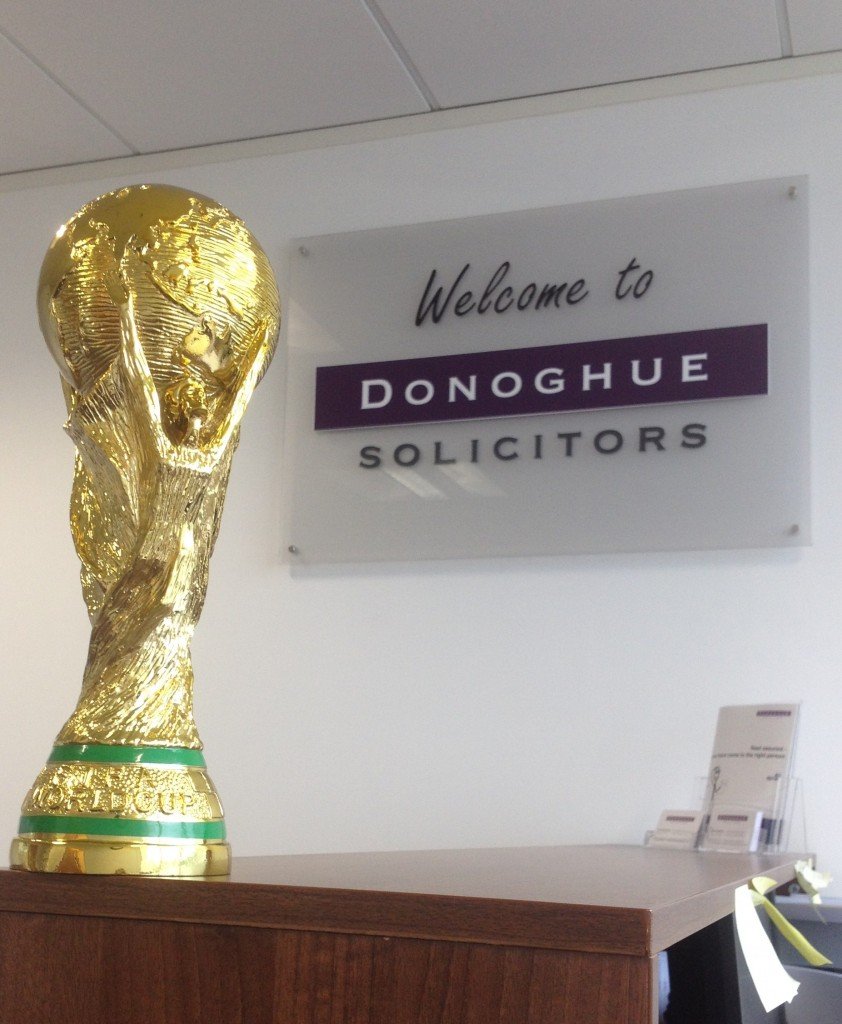